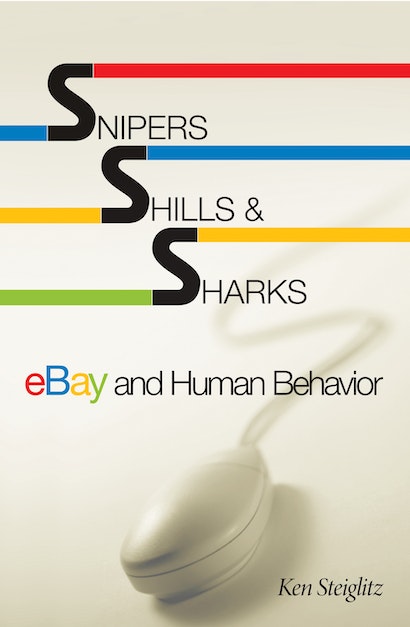 Every day on eBay, millions of people buy and sell a vast array of goods, from rare collectibles and antiques to used cars and celebrity memorabilia. The internet auction site is remarkably easy to use, which accounts in part for its huge popularity. But how does eBay really work, and how does it compare to other kinds of auctions? These are questions that led Ken Steiglitz — computer scientist, collector of ancient coins, and a regular eBay user — to examine the site through the revealing lens of auction theory.


The result is this book, in which Steiglitz shows us how human behaviors in open markets like eBay can be substantially more complex than those predicted by standard economic theory. In these pages we meet the sniper who outbids you in an auction’s closing seconds, the early bidder who treats eBay as if it were an old-fashioned outcry auction, the shill who bids in league with the seller to artificially inflate the price — and other characters as well. Steiglitz guides readers through the fascinating history of auctions, how they functioned in the past and how they work today in online venues like eBay. Drawing on cutting-edge economics as well as his own stories from eBay, he reveals practical auction strategies and introduces readers to the fundamentals of auction theory and the mathematics behind eBay.


Complete with exercises and a detailed appendix, this book is a must for sophisticated users of online auctions, and essential reading for students seeking an accessible introduction to the study of auction theory.

Ken Steiglitz is Professor of Computer Science at Princeton University. He is the author of A Digital Signal Processing Primer and the coauthor of Combinatorial Optimization: Algorithms and Complexity. 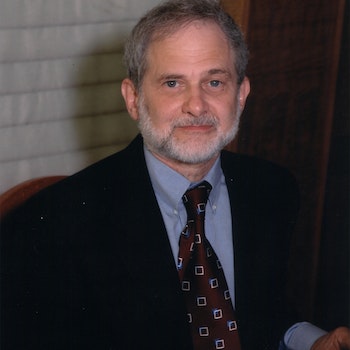 "The book does a lot more than just explain why eBay works the way it does, however. As promised in the subtitle, Steiglitz also explores the quirks of human behavior in auctions, both on eBay and elsewhere, which have as much to do with psychology as with brute economic logic. . .. Steiglitz's book is an admirable achievement: a short, readable account of the economic theory of auctions that doesn't pound the reader into stupefaction with equations or some of the other dry-as-bones notions economists often invoke."—Mark Buchanan, New Scientist

"In this interesting, well-written book, Steiglitz summarizes the basic literature on auction theory, with particular emphasis on eBay auctions...It will...be of interest to anyone who wants a basic introduction to auction theory or who uses eBay."—D.F. Sheets, Choice

"What Steiglitz does well is discuss the quirks of eBay. He himself is a regular user and this allows him to comment with some authority upon the many different patters of observed behaviour...This is an interesting book, providing a fascinating insight from an important real-world auction market, and this will provide motivation to delve deeper into the subject to many a non-expert reader."—Mark Williams, The Business Economist

"General readers interested in either behavioral economics in general, or auction behavior in particular, will find Snipers, Shills, and Sharks to be entertaining and informative read. Naïve users of eBay will find it particularly useful since, as Steiglitz points out, many otherwise well-educated and informed people do not truly understand how the system works."—Sarah Boslaugh, MAA Reviews

"Wow—a rare treat, enjoyable to read and useful for anyone who ever wondered what to do when they crack open the eBay home page!"—Orley Ashenfelter, Princeton University

"There is a wealth of interesting detail about how eBay actually works in practice, along with lessons to be drawn from the theory. Graduate students in economics and allied fields will see this book as a very nice reader were they thinking of doing research in the area of auctions in general and eBay in particular. Steiglitz offers a useful gateway for those interested in delving deeper into this topic area. The book is invaluable for instructors looking to offer a course on electronic auctions."—John Morgan, University of California, Berkeley

"Steiglitz is uniquely positioned to discuss eBay—as a computer scientist, an aficionado of eBay and auctions for rare coins, and someone well versed in auction theory. The book is peppered with vivid examples and first-person tales. The main theme throughout is that real-world bidding behavior and prescriptions for auction design differ sometimes quite markedly from that predicted by classic auction theory. Steiglitz's approach is pragmatic: what does the empirical evidence reveal about how people bid on eBay, and which kinds of auctions are best for sellers? Most notably, the author provides behavioral explanations for commonly observed behavior on eBay, such as sniping, as well as anecdotal evidence about bidding rings and other seller manipulations."—David C. Parkes, Harvard University

Radio Interview with author on Techtalk