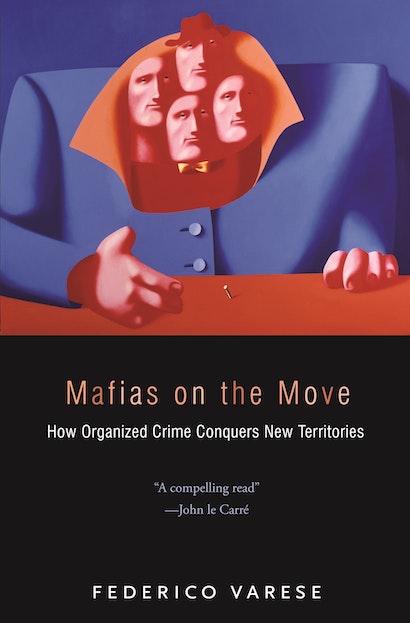 Organized crime is spreading like a global virus as mobs take advantage of open borders to establish local franchises at will. That at least is the fear, inspired by stories of Russian mobsters in New York, Chinese triads in London, and Italian mafias throughout the West.


As Federico Varese explains in this compelling and daring book, the truth is more complicated. Varese has spent years researching mafia groups in Italy, Russia, the United States, and China, and argues that mafiosi often find themselves abroad against their will, rather than through a strategic plan to colonize new territories. Once there, they do not always succeed in establishing themselves. Varese spells out the conditions that lead to their long-term success, namely sudden market expansion that is neither exploited by local rivals nor blocked by authorities. Ultimately the inability of the state to govern economic transformations gives mafias their opportunity.


In a series of matched comparisons, Varese charts the attempts of the Calabrese ‘Ndrangheta to move to the north of Italy, and shows how the Sicilian mafia expanded to early twentieth-century New York, but failed around the same time to find a niche in Argentina. He explains why the Russian mafia failed to penetrate Rome but succeeded in Hungary. In a pioneering chapter on China, he examines the challenges that triads from Taiwan and Hong Kong find in branching out to the mainland. Based on ground-breaking field work and filled with dramatic stories, this book is both a compelling read and a sober assessment of the risks posed by globalization and immigration for the spread of mafias.

Federico Varese is professor of criminology at the University of Oxford. He is the author of The Russian Mafia and editor of Organized Crime.

"It is hard not to feel sympathy for some of the Mafiosi Federico Varese describes in his meticulous study of mafia transplantation, as they struggle to make an impact in a foreign country where they don't speak the language and nobody is interested in the protection they have to offer. If Varese is right—and it would be hard to dispute his evidence—most mafia groups seeking new turf eventually either go back home with their tails between their legs or give up being gangsters and take up a less disreputable profession. . . . Varese is one of the most acute students of global organised crime and a gripping storyteller."—Misha Glenny, London Review of Books

"[Varese] is careful, painstaking, willing and able to pore through police, local authority and parliamentary files in search of hard facts. Yet he is as reckless as a freelance reporter out to make his name in the global badlands—trekking about the tougher areas of his native Italy, delving into the vicious gangs that emerged after the collapse of the Soviet Union and patiently acquiring on-the-ground knowledge of the Chinese crime world, growing at the same breakneck speed as the economy it both assists and corrupts."—John Lloyd, Financial Times

"Few books on organized crime blend academic theory and popular interest as well as this book. . . . [T]his is an excellent study."—Choice

"Mafias on the Move offers a compelling and cautionary tale of the unintended consequences of state actions. . . . Varese provides an insightful challenge to the conventional wisdom on the impact of globalization and an essential contribution to the literature on organized crime."—H. Richard Friman, Perspectives on Politics

"Mr. Varese's quest leads him from Prohibition-era Manhattan to mid-century Italy to modern-day China. . . . [Mafias on the Move] tells a compelling story that is as much about politics as crime."—Wall Street Journal

"Varese has successfully blended a diversity of sources, including archival and government documents from several countries, interviews, journalism, and personal accounts, to establish a convincing and rich set of case studies examining both successful and failed mafia transplantations."—Public Choice

"Varese's work should be of [broad] interest to anyone working in political economy. . . . Through colorful and exciting case studies, this book contributes to the study of political economy by explaining the nature and mobility of mafia groups, identifying the importance of informal institutions, and showing how globalization can limit organized crime."—David Skarbek, Public Choice

"Mafias on the Move will undoubtedly confirm Federico Varese's stature as one of the most astute and insightful contemporary participants in the ongoing conversation about the fate of transnational criminal groups in the globalization era."—Venelin I. Ganev, European Journal of Sociology

"[A]ll will certainly appreciate the thought-provoking analysis and the agreeable prose."—Vincenzo Ruggiero, British Journal of Criminology

"Federico Varese is two writers rolled into one: a fearless fact-hunter who goes after his quarry with the zeal of a thoroughbred journalist, and a dedicated academic who examines and analyzes his catch with relentless detachment. Throw in a robust understanding of the impact of contemporary history on the behavior of a globalized criminal underworld and you have both a compelling read and an impeccable work of reference."—John le Carré

"This is a really terrific book—creative, nuanced, well researched, and accessible. Its great value is its focus on failed attempts at mafia transplantation. This is important because it allows Varese to counter some of the more hysterical claims about mafia penetration of foreign markets put forward by attention-seeking academics, journalists, and think tanks."—Timothy Frye, Columbia University

"This fascinating and excellent book is a worthy successor to Diego Gambetta's work on the Sicilian mafia and Varese's own book on the Russian mafia. Varese is a leader of the younger generation of scholars taking on the important issues in the difficult study of organized crime."—Susan Rose-Ackerman, Yale University