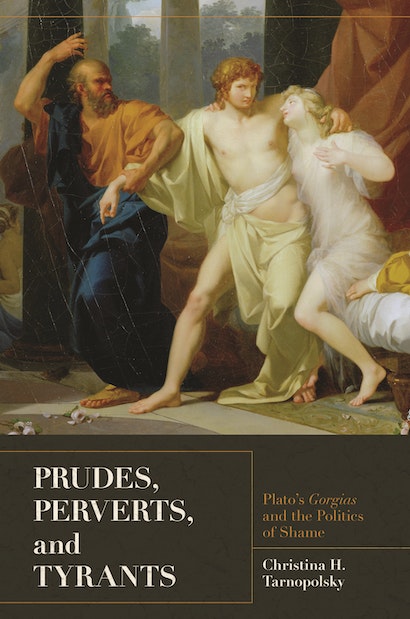 In recent years, most political theorists have agreed that shame shouldn’t play any role in democratic politics because it threatens the mutual respect necessary for participation and deliberation. But Christina Tarnopolsky argues that not every kind of shame hurts democracy. In fact, she makes a powerful case that there is a form of shame essential to any critical, moderate, and self-reflexive democratic practice.


Through a careful study of Plato’s Gorgias, Tarnopolsky shows that contemporary conceptions of shame are far too narrow. For Plato, three kinds of shame and shaming practices were possible in democracies, and only one of these is similar to the form condemned by contemporary thinkers. Following Plato, Tarnopolsky develops an account of a different kind of shame, which she calls “respectful shame.” This practice involves the painful but beneficial shaming of one’s fellow citizens as part of the ongoing process of collective deliberation. And, as Tarnopolsky argues, this type of shame is just as important to contemporary democracy as it was to its ancient form.


Tarnopolsky also challenges the view that the Gorgias inaugurates the problematic oppositions between emotion and reason, and rhetoric and philosophy. Instead, she shows that, for Plato, rationality and emotion belong together, and she argues that political science and democratic theory are impoverished when they relegate the study of emotions such as shame to other disciplines.

"Every once in a long while a book comes along that the reader finds so worthwhile, down to the smallest detail, that she painstakingly devours every line and every section, even those with which she finds herself in disagreement, and ultimately closes the book with a sigh of disappointment when the journey is done and the book ends. Such a book is . . . Prudes, Perverts, and Tyrants. . . . This book will be an excellent addition to any philosopher's library, worthy as a graduate level text on ancient philosophy, and valuable for those readers interested in nuanced studies of the effects of the emotions in human societies and in politics. Regardless of whether the reader agrees with the twists and turns of Tarnopolsky's arguments, the journey will be well worth taking."—Wendy C. Hamblet, Philosophy in Review

"This is a book of manifold virtues; ambitious and beautifully written, it makes a signal and original contribution to our understanding of Socratic method, the Gorgias, and the politics of shame. Marvelously rich, the book breaks new ground in making shame central to our reading of Plato's dialogues, and equally new ground in the complexity and subtlety of its understanding of shame itself."—Melissa Lane, Princeton University

"Tarnopolsky's interpretation of Plato's Gorgias is original, bold, and convincing. Her cross-disciplinary exploration of shame in its ancient and modern contexts is psychologically, philosophically, and politically deep. This definitive account is required reading for Plato scholars and for anyone interested in contemporary democratic politics."—Jill Frank, University of South Carolina