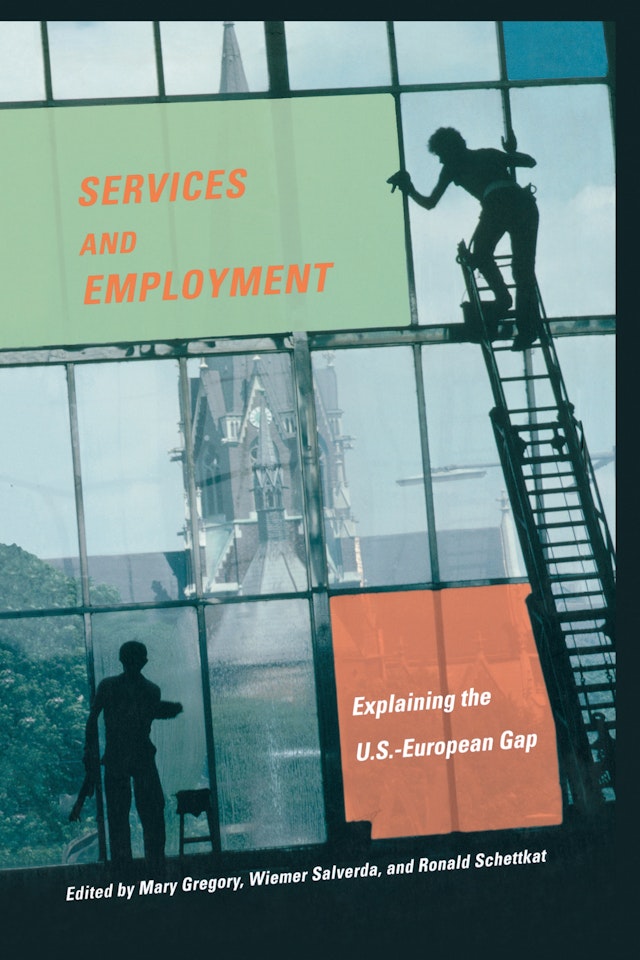 Why is Europe’s employment rate almost 10 percent lower than that of the United States? This “jobs gap” has typically been blamed on the rigidity of European labor markets. But in Services and Employment, an international group of leading labor economists suggests quite a different explanation. Drawing on the findings of a two-year research project that examined data from France, Germany, the Netherlands, the United Kingdom, and the United States, these economists argue that Europe’s 25 million “missing” jobs can be attributed almost entirely to its relative lack of service jobs. The jobs gap is actually a services gap. But, Services and Employment asks, why does the United States consume services at such a greater rate than Europe?

Services and Employment is the first systematic and comprehensive international comparison on the subject. Mary Gregory, Wiemer Salverda, Ronald Schettkat, and their fellow contributors consider the possible role played by differences in how certain services — particularly health care and education — are provided in Europe and the United States. They examine arguments that Americans consume more services because of their higher incomes and that American households outsource more domestic work. The contributors also ask whether differences between U.S. and European service sectors encapsulate fundamental trans-Atlantic differences in lifestyle choices.

"The significance of this volume for public policy is that the authors' hypotheses offer a rebuttal to the more familiar explanations criticizing European labor laws and social service policies as the rationale for substantial changes in employment in the past few years."—Choice

"[I]t becomes apparent from this book, which we would highly recommend reading, that the problem of contemporary developed economies is less their degree of de-industrialisation than their gap in servicisation."—Faiz Gallouj, Journal of Evolutionary Economics

"Services and Employment is an impressive and stimulating book that takes an unconventional supply-side oriented look at the employment gap between the USA and Europe and offers theoretical as well as empirical insights."—Engelbert Stockhammer, Intervention

"Services and Employment is a collection of brilliant, seminal papers and innovative research."—Catherine Guillemineau, The Conference Board

"This excellent book deals with an important and interesting topic—the employment gap between Europe and the United States. It provides a broad and balanced analysis of the labor market situation in Europe and the United States by bringing to light interesting features of the service industry that economists have tended to overlook."—Thorvaldur Gylfason, University of Iceland