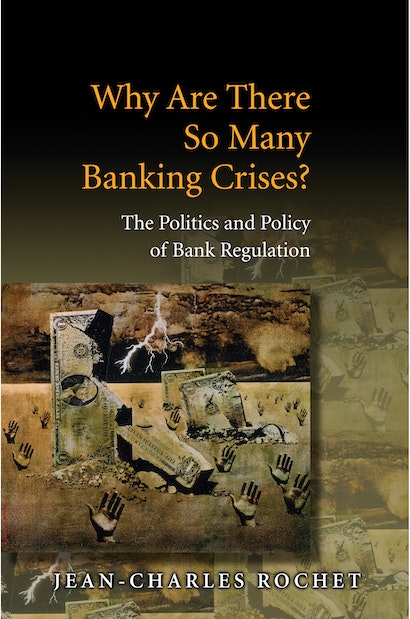 Almost every country in the world has sophisticated systems to prevent banking crises. Yet such crises — and the massive financial and social damage they can cause — remain common throughout the world. Does deposit insurance encourage depositors and bankers to take excessive risks? Are banking regulations poorly designed? Or are banking regulators incompetent? Jean-Charles Rochet, one of the world’s leading authorities on banking regulation, argues that the answer in each case is “no.” In Why Are There So Many Banking Crises?, he makes the case that, although many banking crises are precipitated by financial deregulation and globalization, political interference often causes — and almost always exacerbates — banking crises. If, for example, political authorities are allowed to pressure banking regulators into bailing out banks that should be allowed to fail, then regulation will lack credibility and market discipline won’t work. Only by insuring the independence of banking regulators, Rochet says, can market forces work and banking crises be prevented and minimized. In this important collection of essays, Rochet examines the causes of banking crises around the world in recent decades, focusing on the lender of last resort; prudential regulation and the management of risk; and solvency regulations. His proposals for reforms that could limit the frequency and severity of banking crises should interest a wide range of academic economists and those working for central and private banks and financial services authorities.

Jean-Charles Rochet is professor of mathematics and economics at the University of Toulouse and a visiting professor at the London School of Economics and Political Science. His books include (with Xavier Freixas) Microeconomics of Banking and (with Guillaume Plantin) When Insurers Go Bust (Princeton).

"Among economists' explanations are moral hazard, ill-judged capital adequacy rules and the incompetence of supervisors. Jean-Charles Rochet, a leading authority on banking, argues the real problem lies with politicians who too often insist on rescuing insolvent banks for short-term reasons of their own. [W]hatever the verdict on the policy proposals, the book makes interesting reading in current circumstances."—John Plender, Financial Times

"Jean-Charles Rochet is one of the dedicated 'audacious pioneers' who have attempted to dissect with rigor, precision, and creativity some of the most elusive issues of financial (in)stability. It is pleasing to see his work presented in a unified, clear, and well-written form. A testament to his formidable contributions and remarkable insights, this book will guide researchers and students, as well as practitioners, into the future."—Dimitrios P. Tsomocos, Said Business School, University of Oxford

"Why are there so many banking crises? One answer is that so few economists of Jean-Charles Rochet's caliber have worked on the problem. Combining analytical and technical abilities, institutional knowledge, clear writing, and common sense to an outstanding degree, Rochet has produced a book that will benefit everyone who reads it."—Charles Goodhart, London School of Economics and Political Science

"This collection of important papers by Jean-Charles Rochet, one of the leading theoreticians of banking, should generate great interest."—George Kaufman, Loyola University Chicago