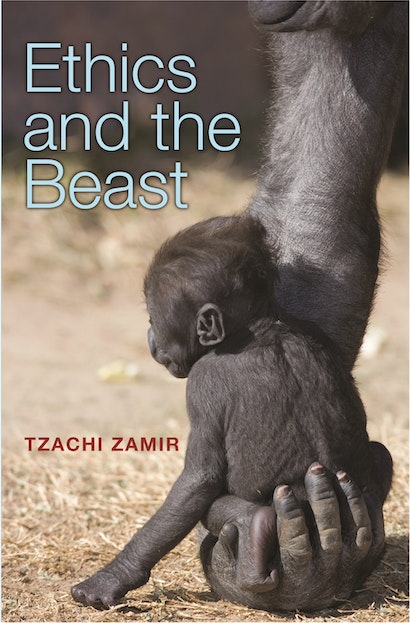 Many people think that animal liberation would require a fundamental transformation of basic beliefs. We would have to give up “speciesism” and start viewing animals as our equals, with rights and moral status. And we would have to apply these beliefs in an all-or-nothing way. But in Ethics and the Beast, Tzachi Zamir makes the radical argument that animal liberation doesn’t require such radical arguments — and that liberation could be accomplished in a flexible and pragmatic way. By making a case for liberation that is based primarily on common moral intuitions and beliefs, and that therefore could attract wide understanding and support, Zamir attempts to change the terms of the liberation debate.


Without defending it, Ethics and the Beast claims that speciesism is fully compatible with liberation. Even if we believe that we should favor humans when there is a pressing human need at stake, Zamir argues, that does not mean that we should allow marginal human interests to trump the life-or-death interests of animals. As minimalist as it sounds, this position generates a robust liberation program, including commitments not to eat animals, subject them to factory farming, or use them in medical research. Zamir also applies his arguments to some questions that tend to be overlooked in the liberation debate, such as whether using animals can be distinguished from exploiting them, whether liberationists should be moral vegetarians or vegans, and whether using animals for therapeutic purposes is morally blameless.

Tzachi Zamir is assistant professor at the Hebrew University of Jerusalem. He is the author of Double Vision: Moral Philosophy and Shakespearean Drama (Princeton).

"The impressive philosophical force of the arguments for animal liberation seems to be somewhat detached from reality and its struggles. One must thus welcome the appearance of a book that not only reweaves theory and practice, but also gives centre stage to problems of implementation, or even of strategy."—Paola Cavalieri, Iyyun

"I have been able to productively use Zamir's insights in the presentation of my class material. For philosophers who have lamented the lack of a more analytically-based presentation of the ethical issues regarding humans and animals, I believe that you will find Zamir's text to offer an analysis with a philosophical rigor that is both engaging and persuasive."—George S. Matejka, Teaching Philosophy

"Ethics and the Beast is a significant contribution to the literature on animals and how we should treat them. It introduces new and distinctive arguments in an important area of applied ethics. It seeks to show that it is possible to reach radical conclusions about the treatment of animals—that we should not eat them, or use them in biomedical research—while using arguments that, for the most part, take our common attitudes as they are."—Peter Singer, author of Animal Liberation

"This book offers much fresh insight regarding the relationship—specifically, the compatibility—between pro-human bias and animal liberation. It also illuminates several specific issues concerning animals, such as what ought to count as exploiting them and when using them is morally acceptable. And the discussion of animal-assisted therapy is especially welcome given its neglect in the literature."—David DeGrazia, author of Taking Animals Seriously

"Ethics and the Beast is a breath of fresh air in a controversy that has sometimes become a bit stale. This freshness is both a matter of style and content. As far as style goes, the book is very readable, short, and sometimes even punchy. The book takes a relatively uncommon line, and its coverage is quite broad."—Dale Jamieson, author of Morality's Progress: Essays on Humans, Other Animals, and the Rest of Nature