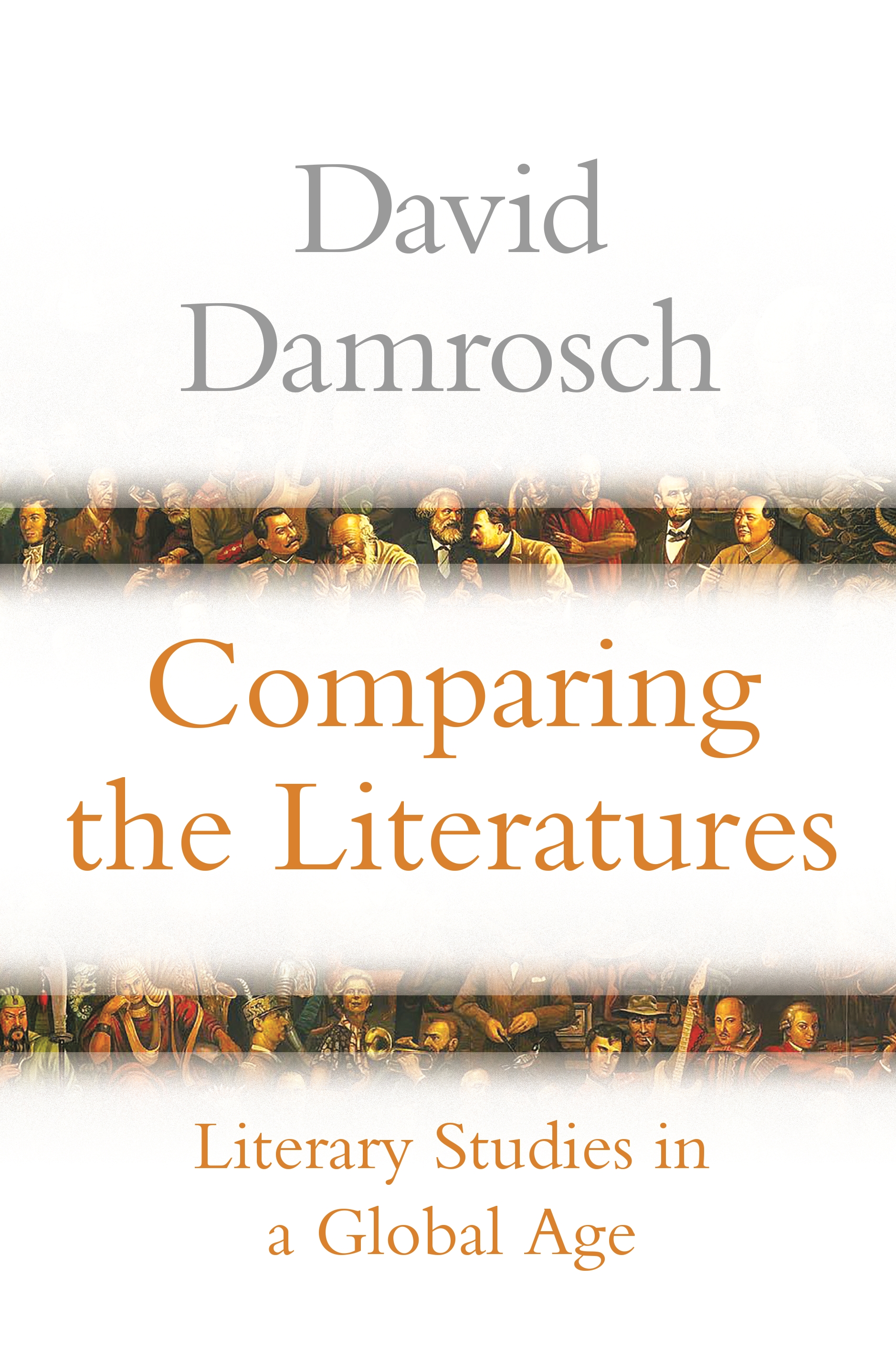 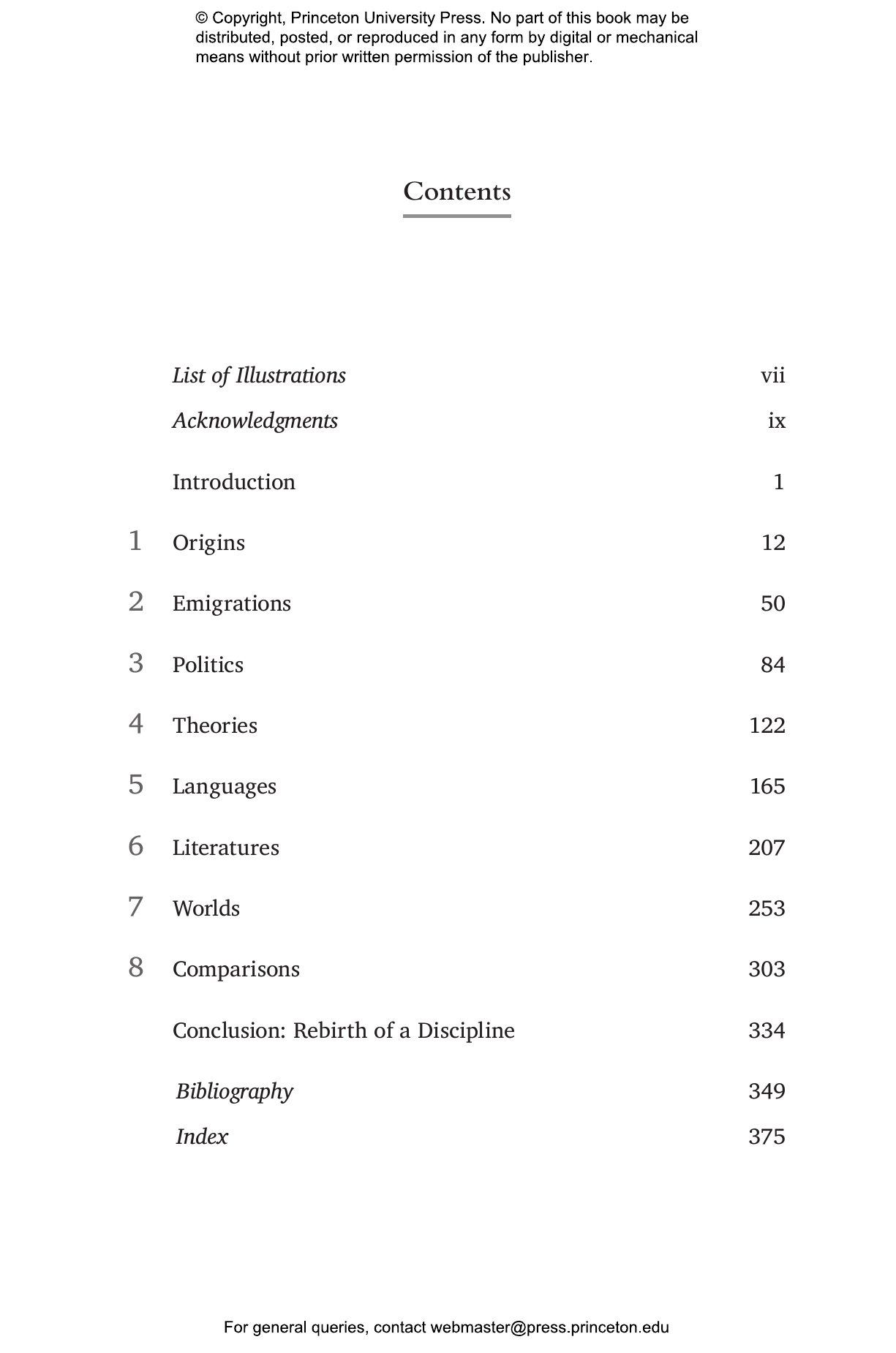 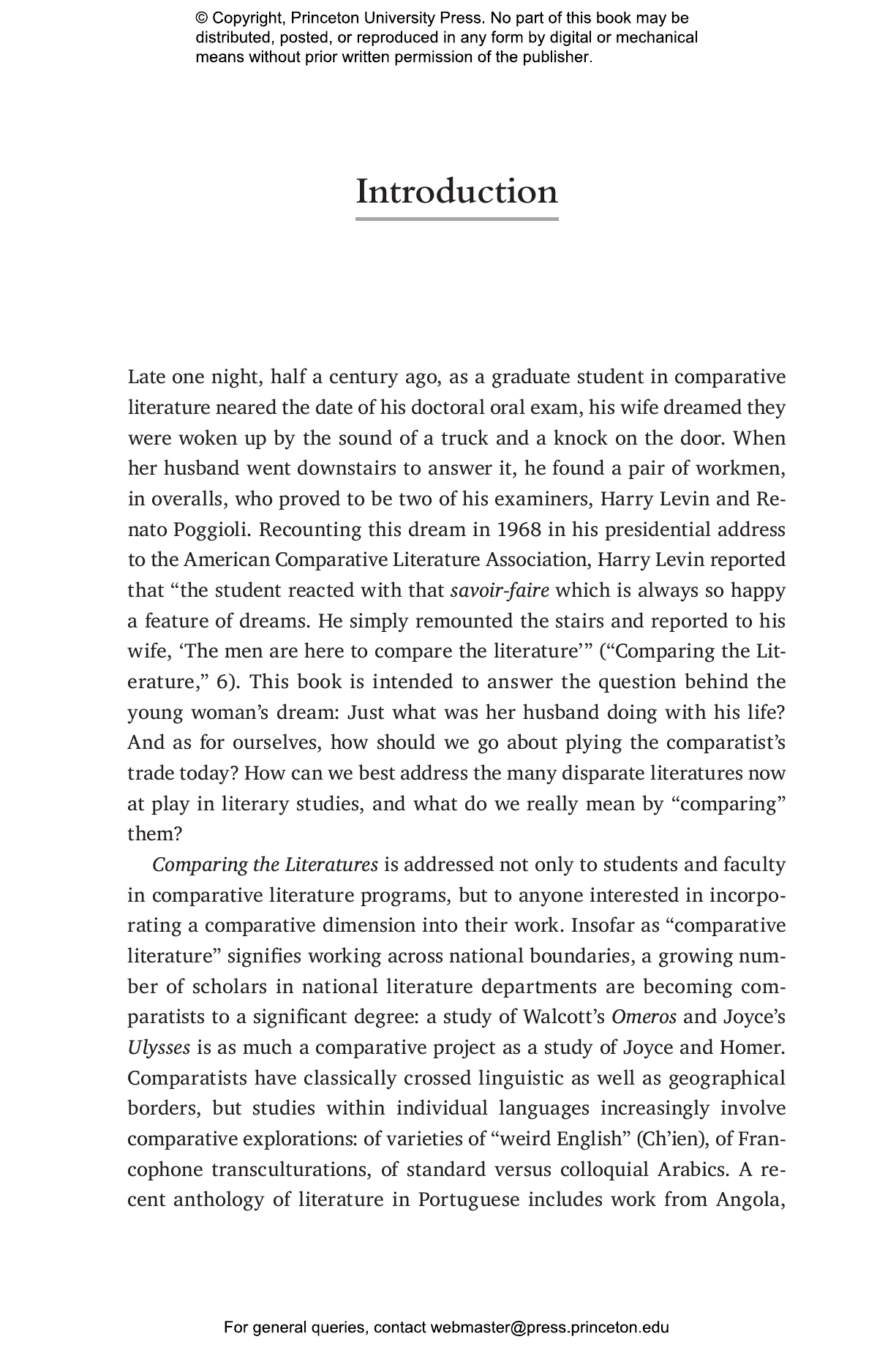 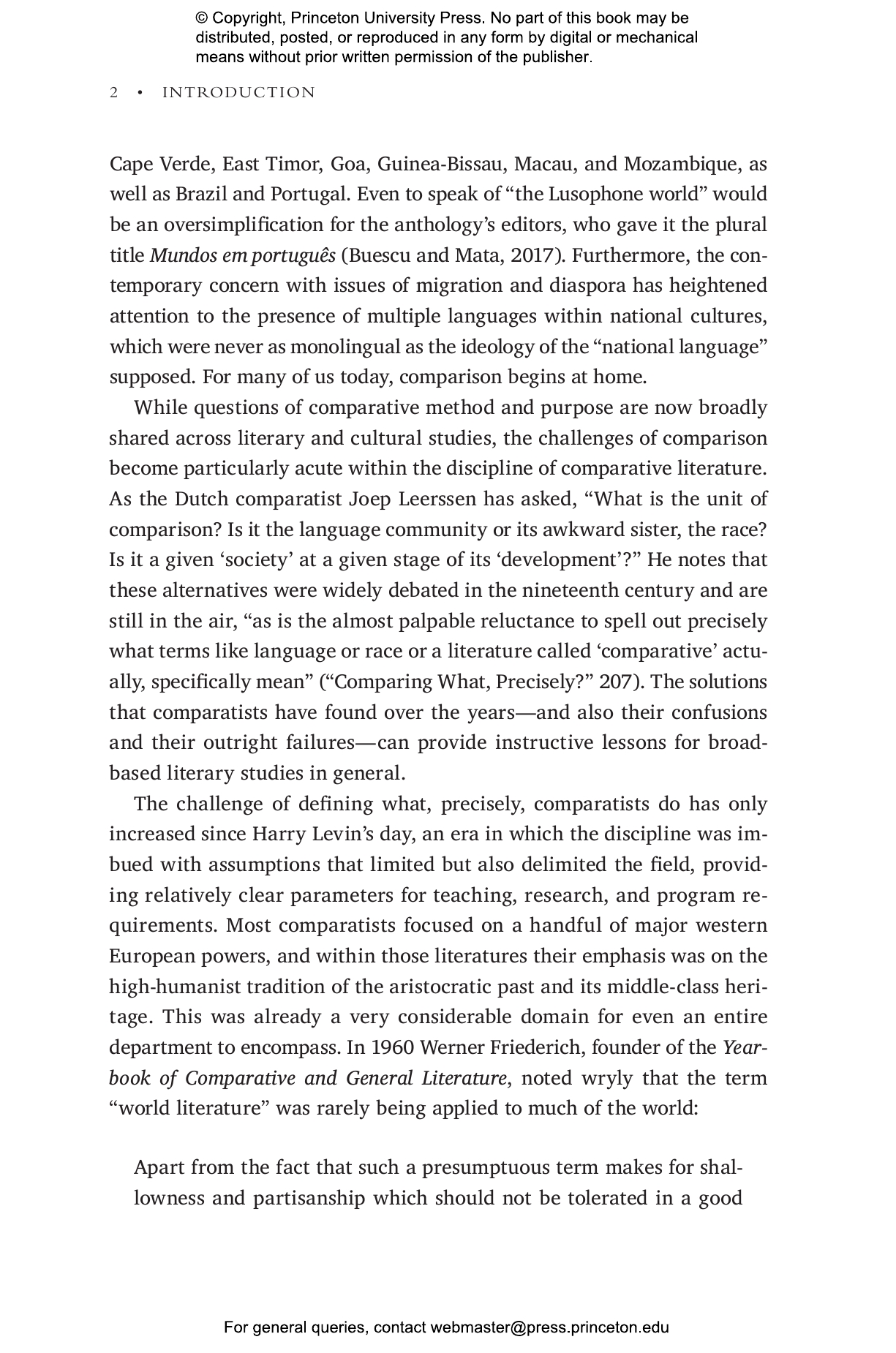 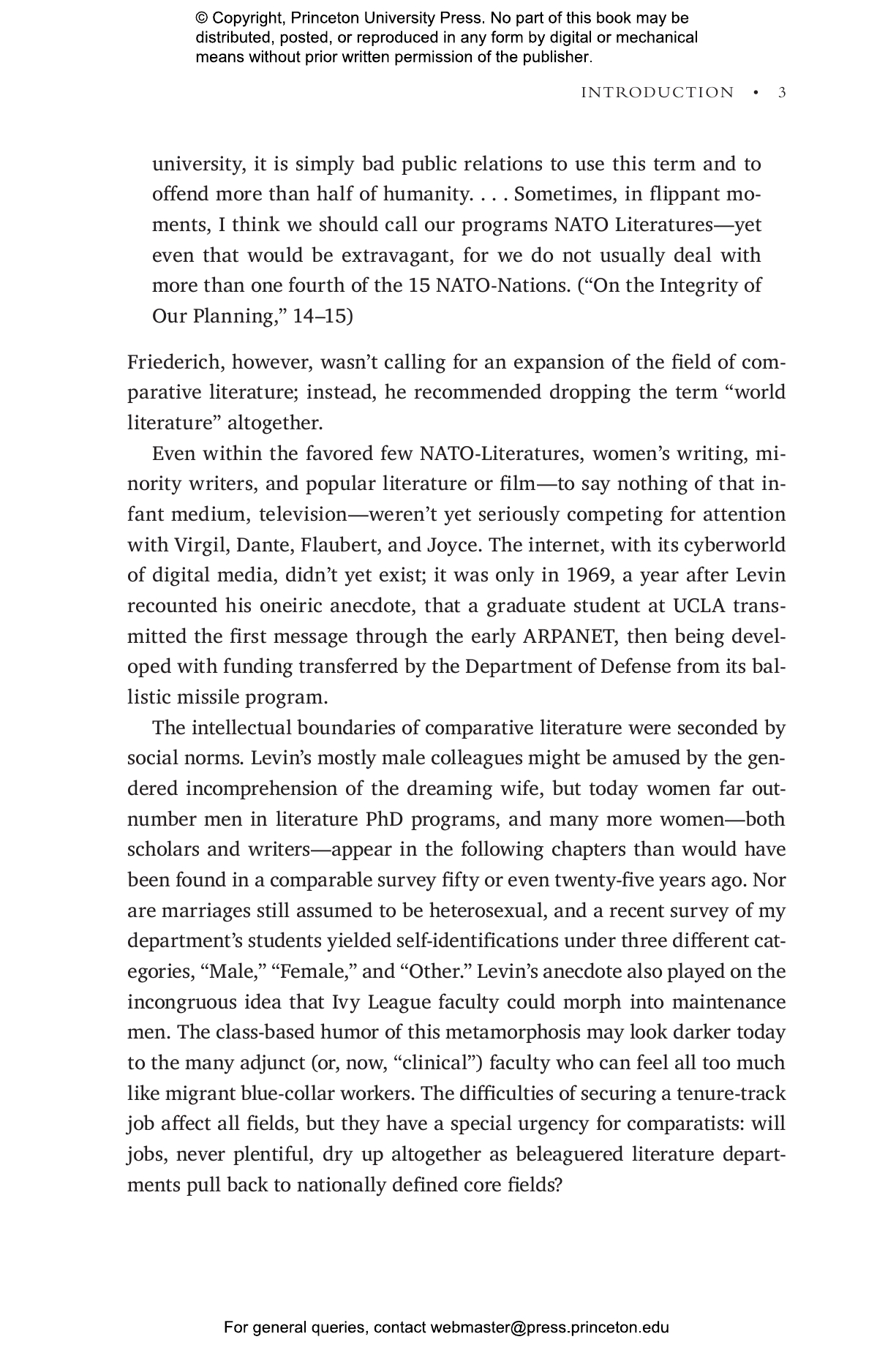 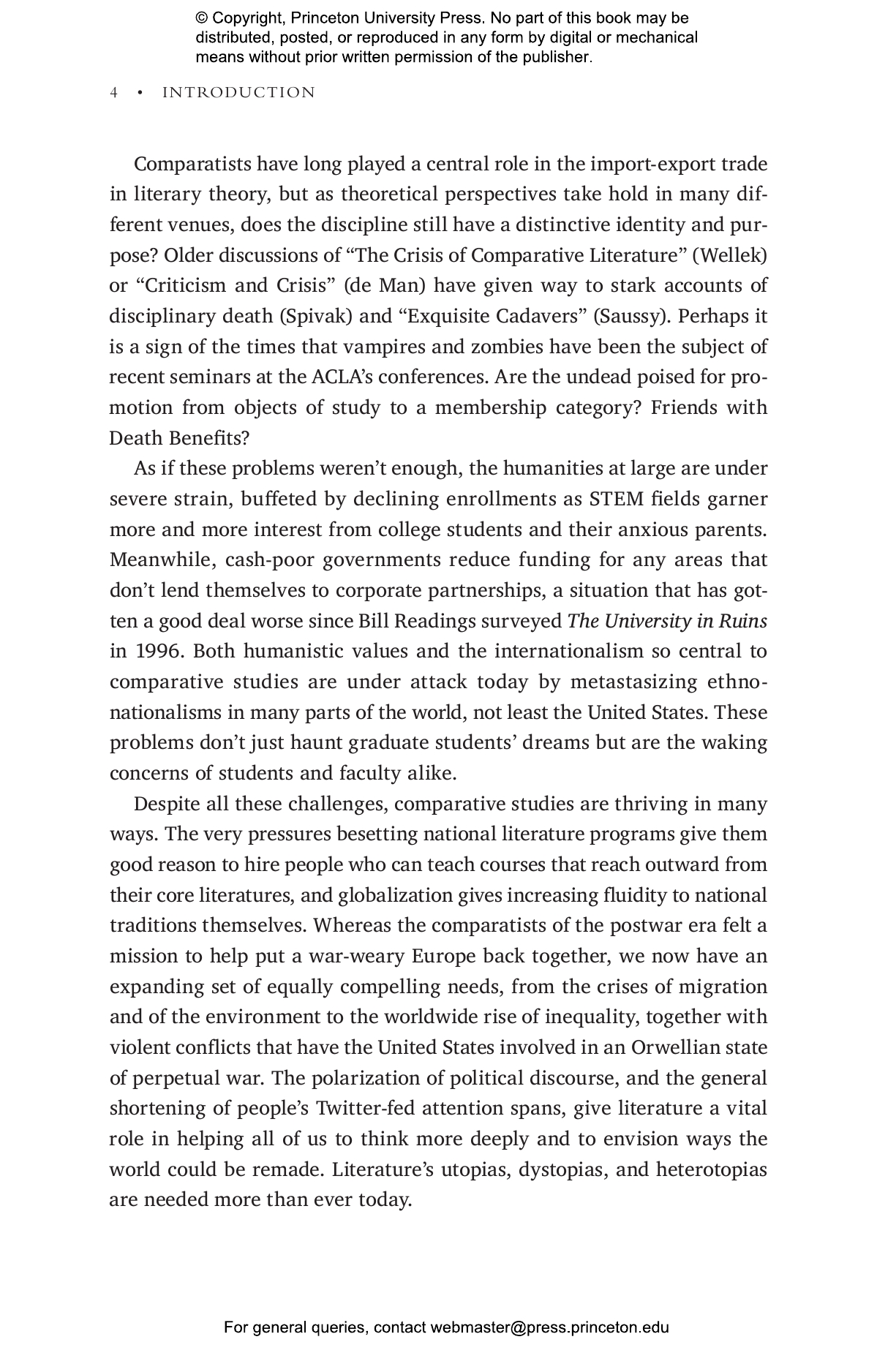 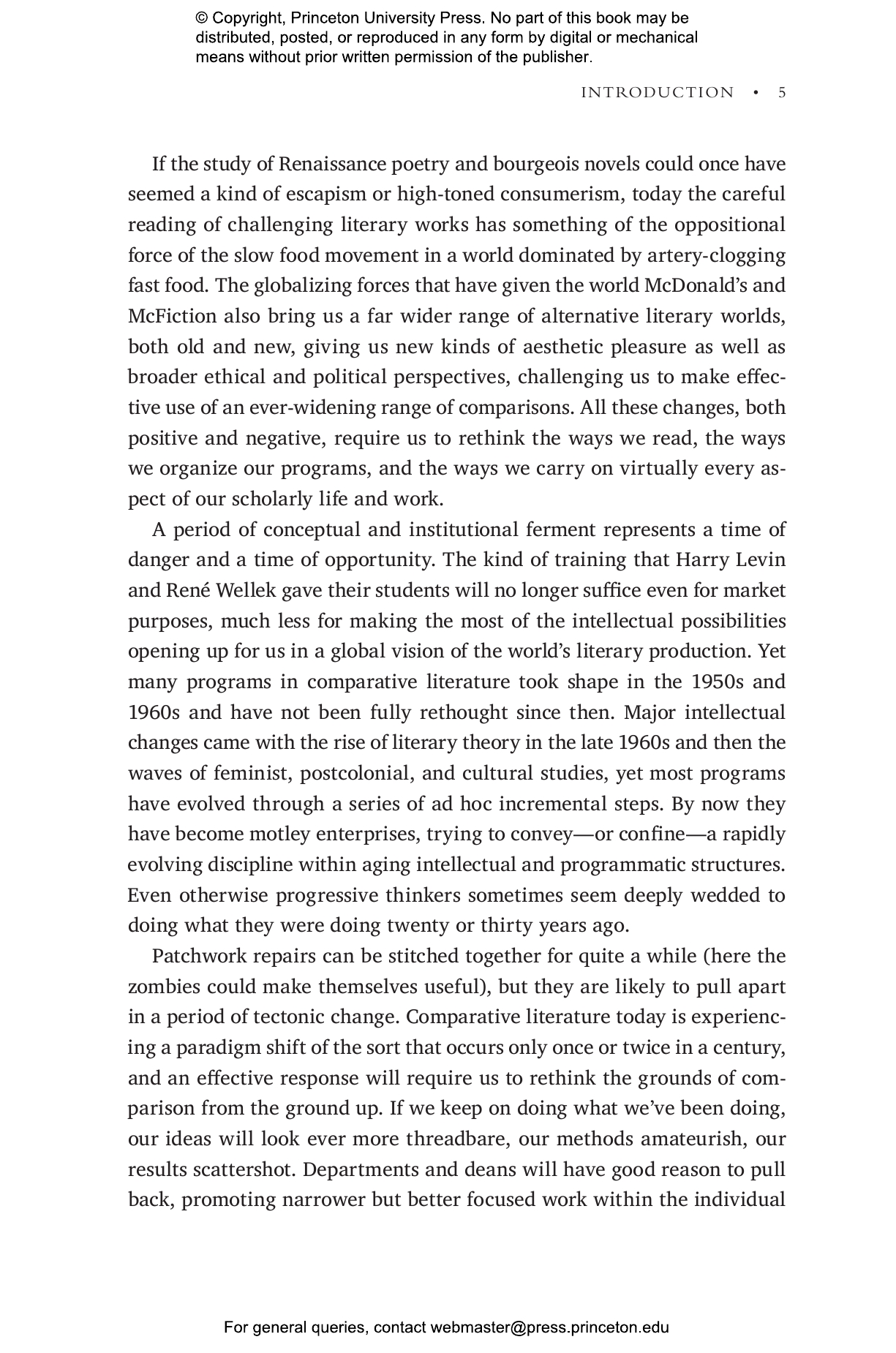 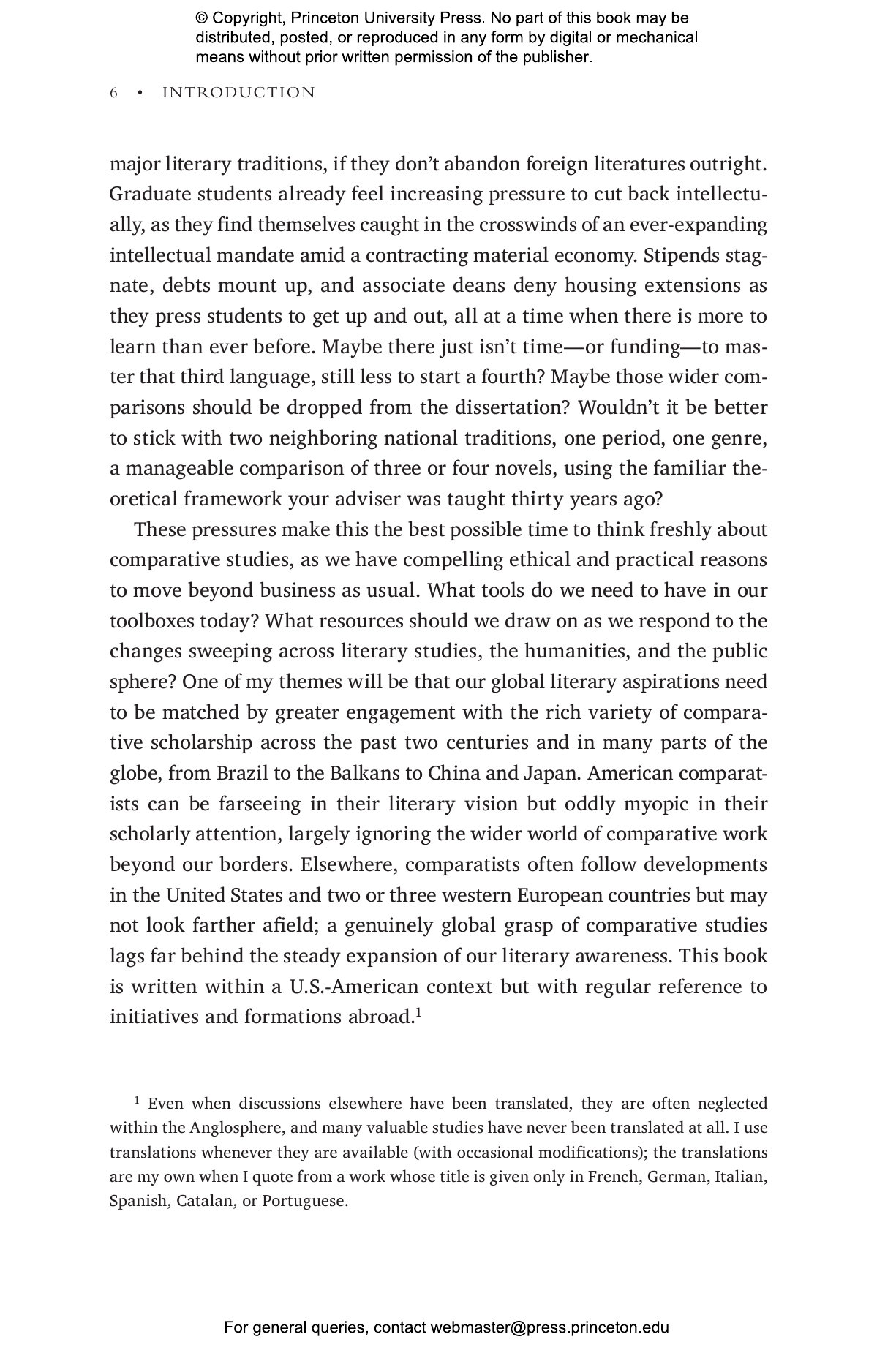 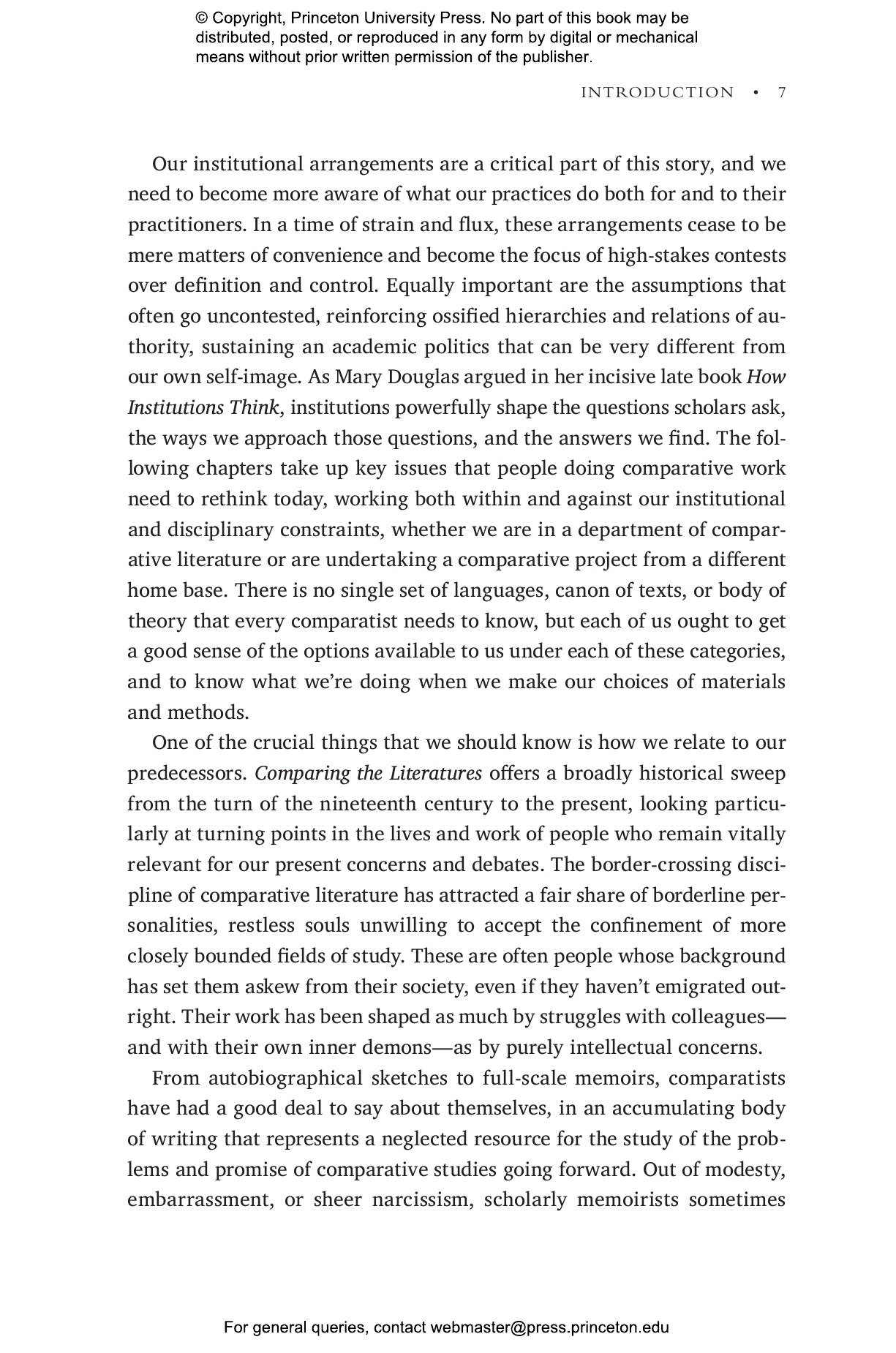 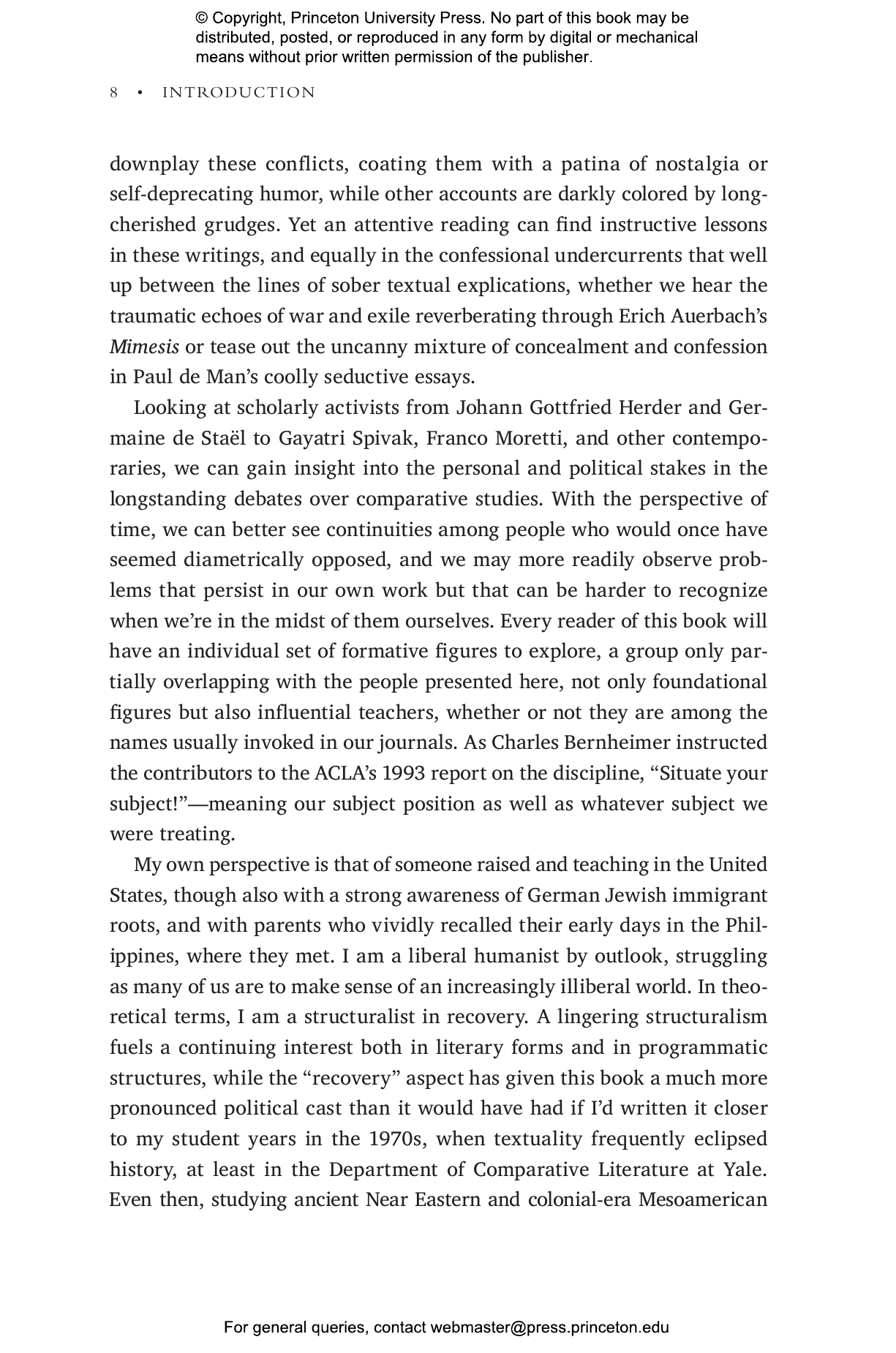 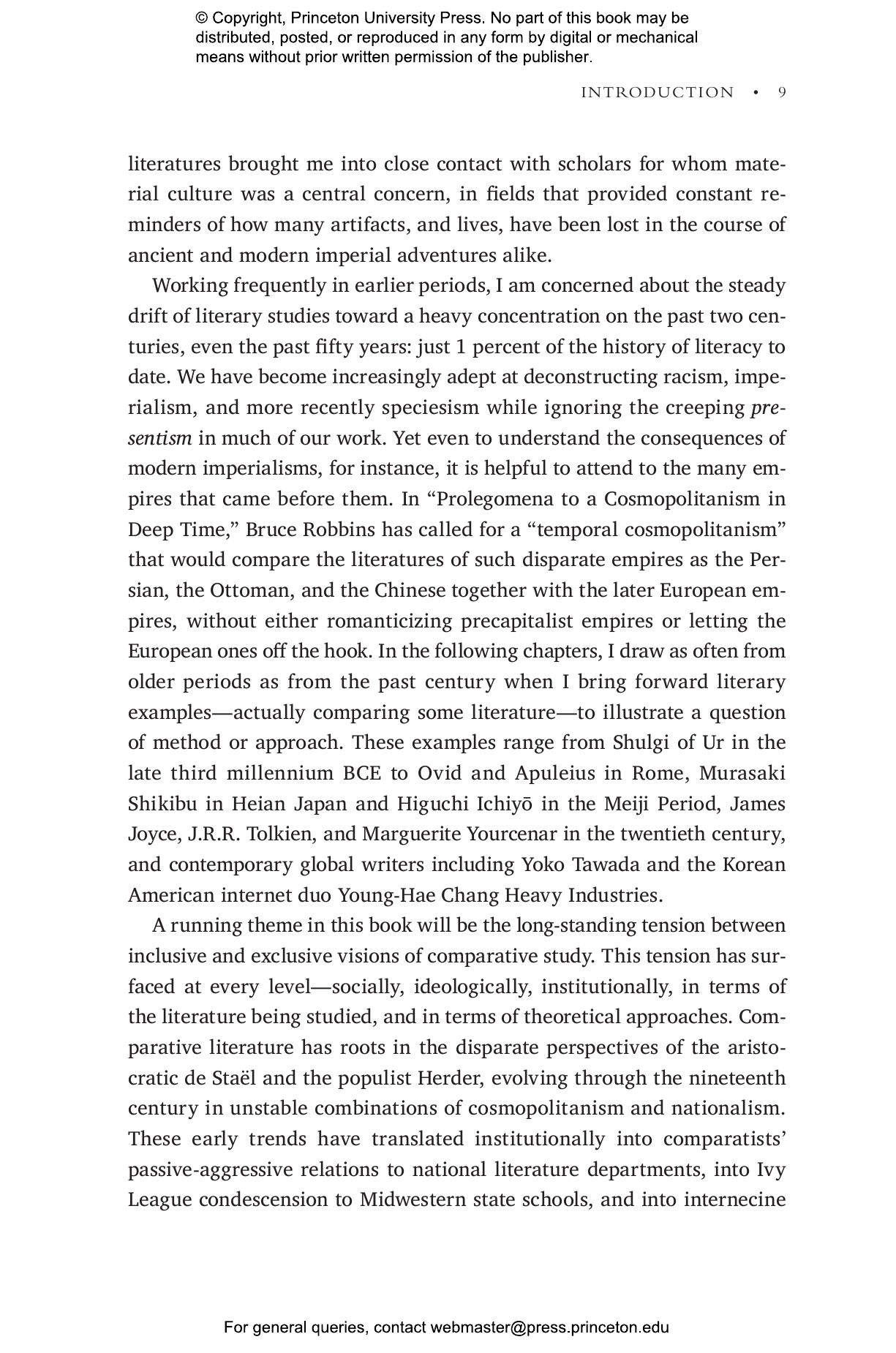 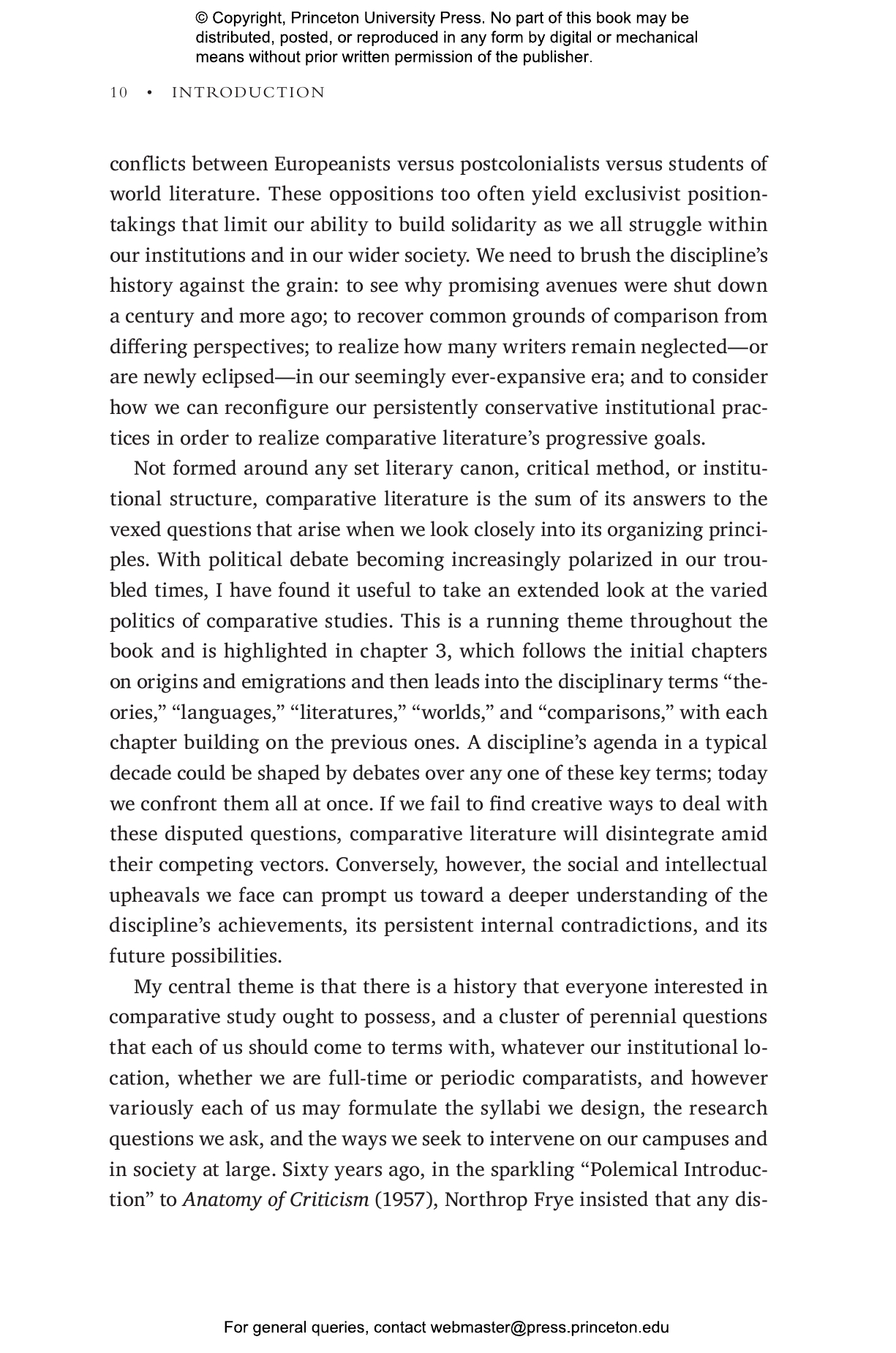 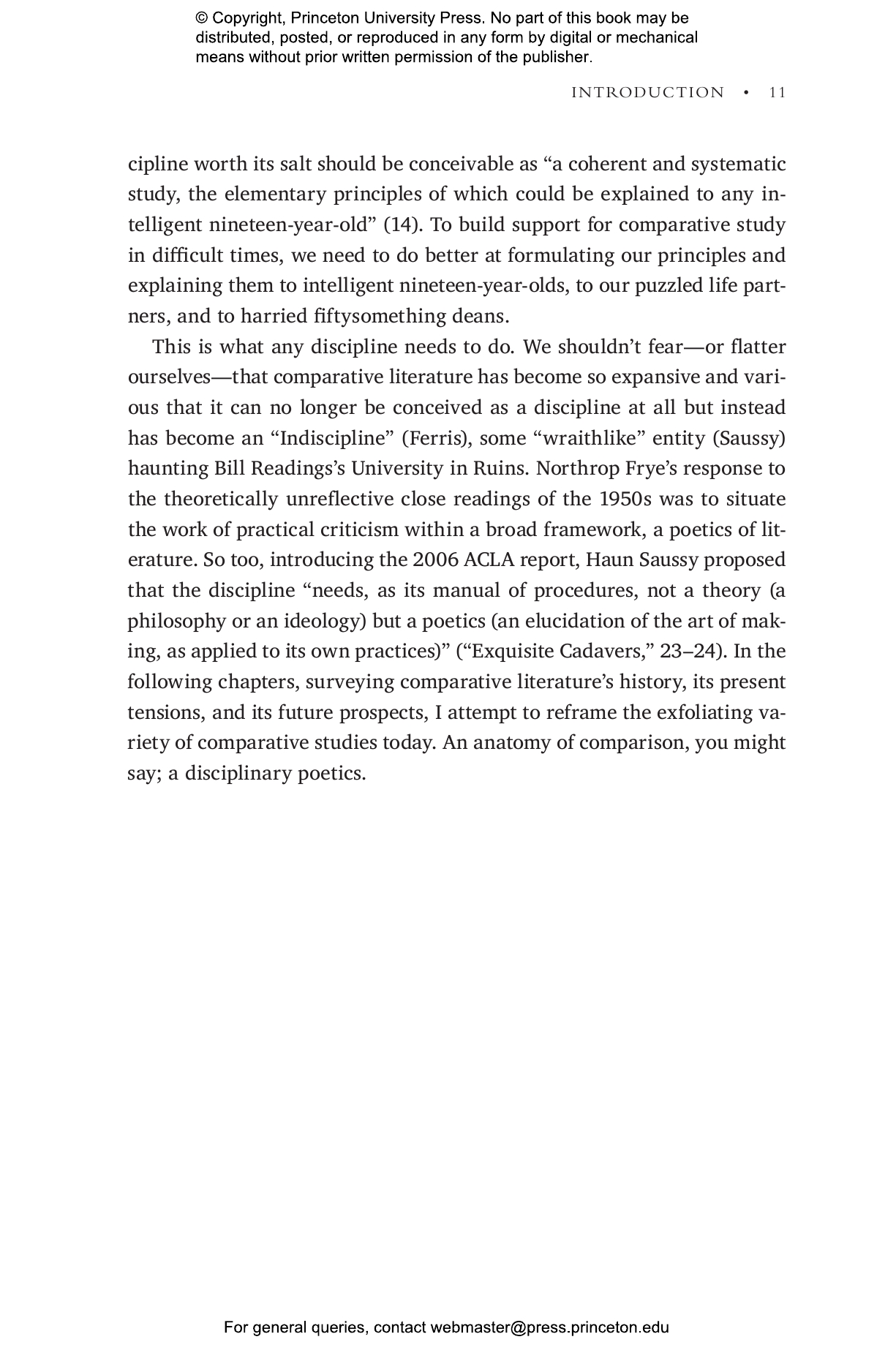 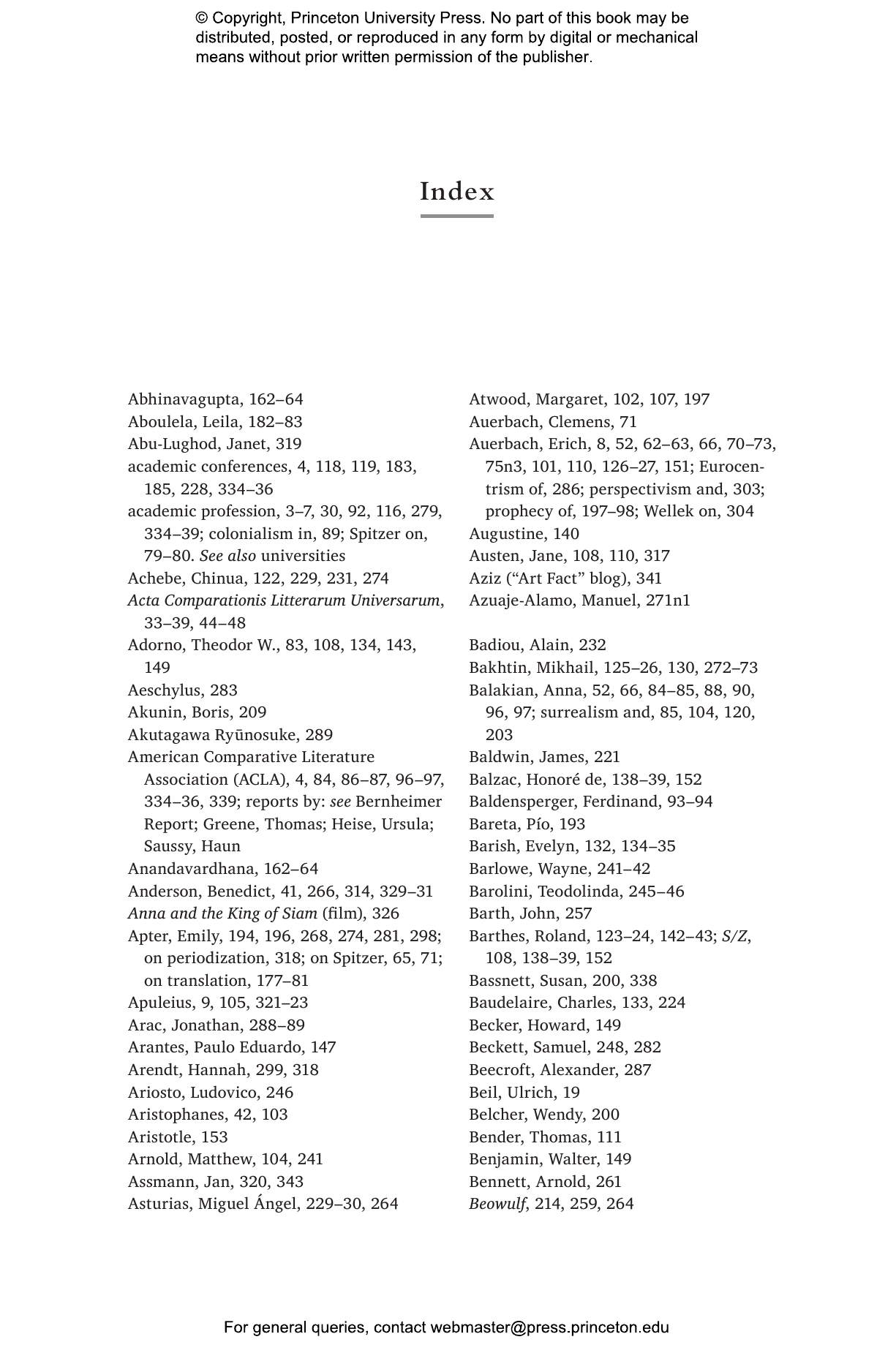 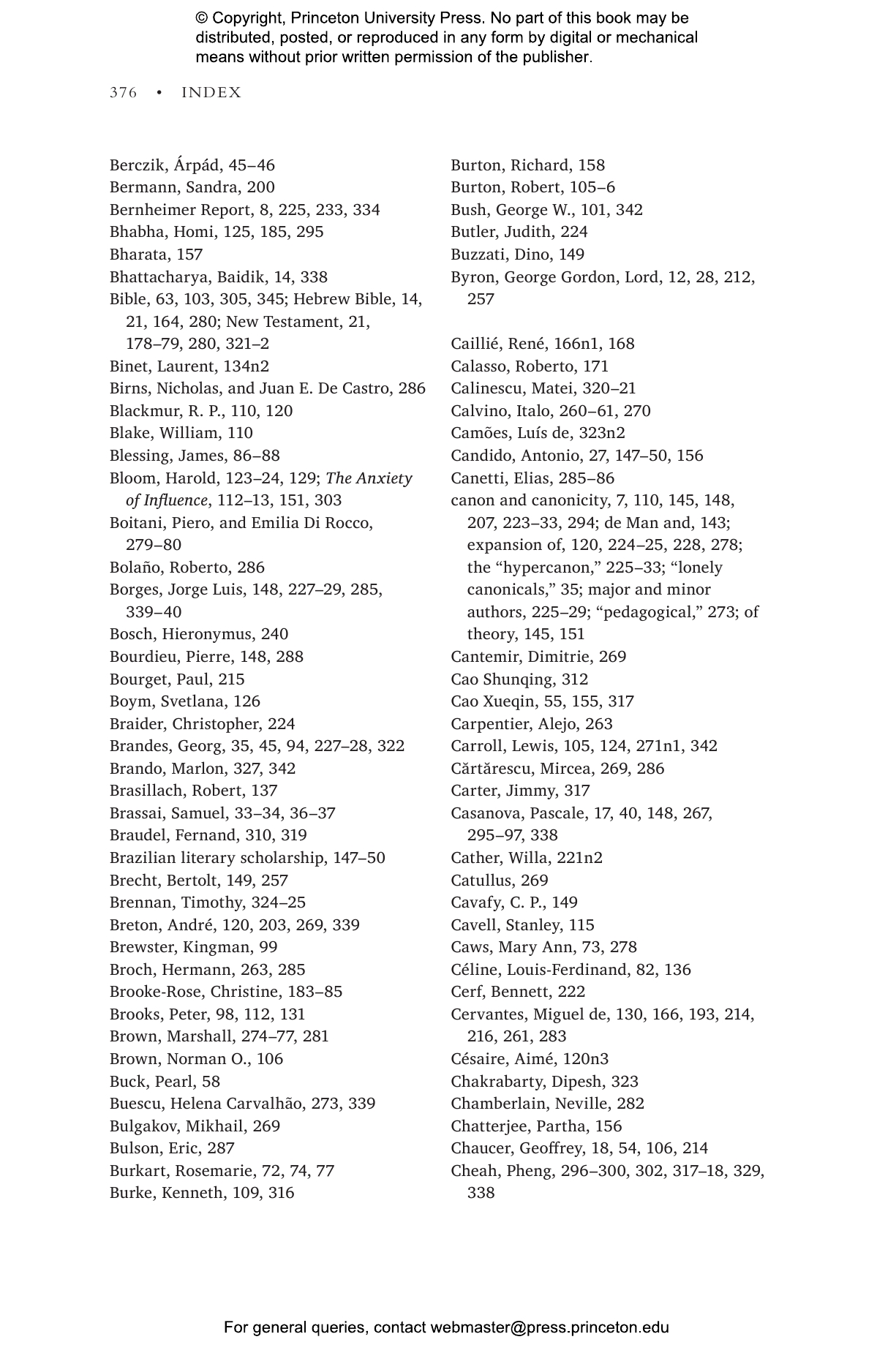 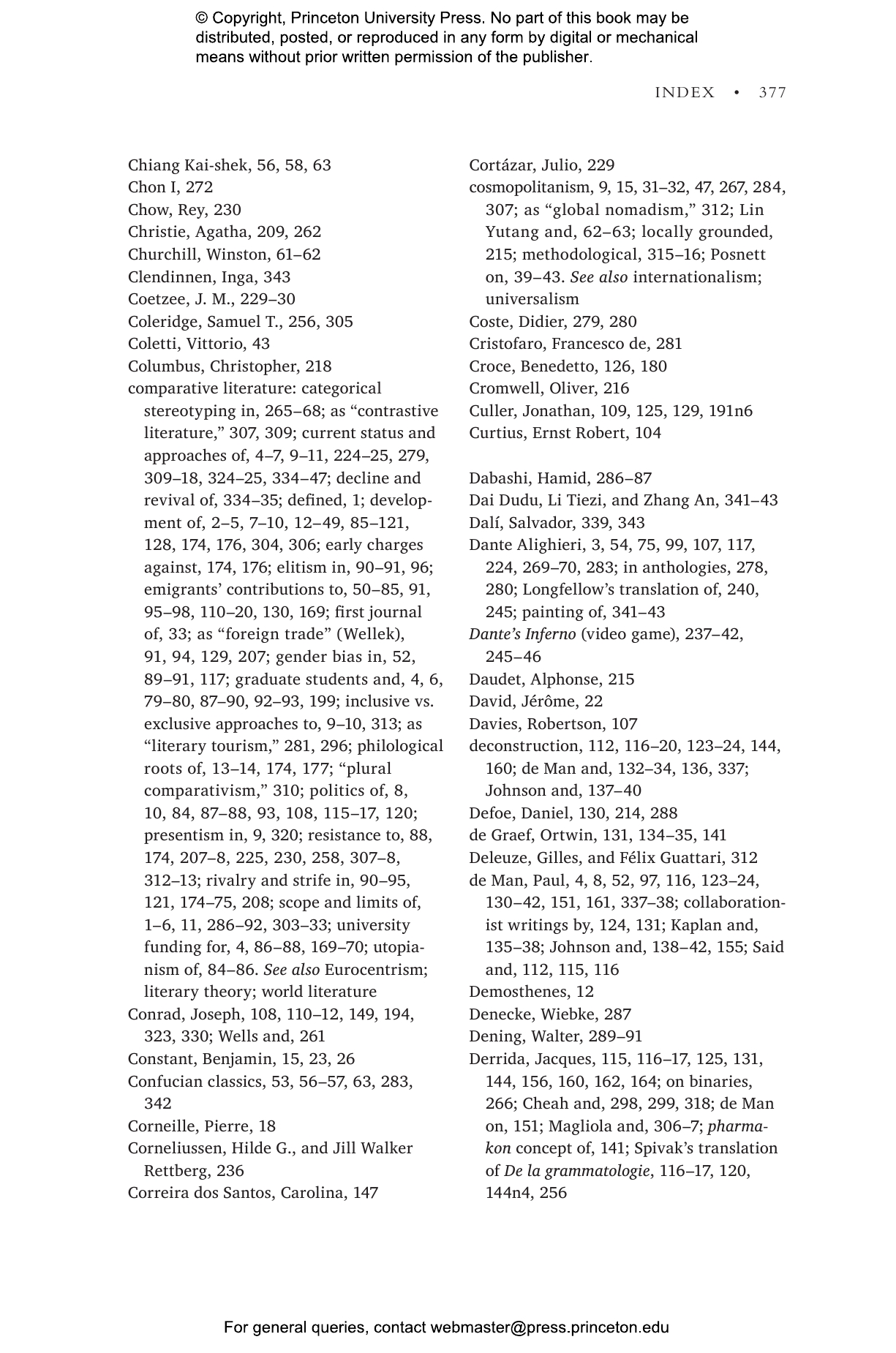 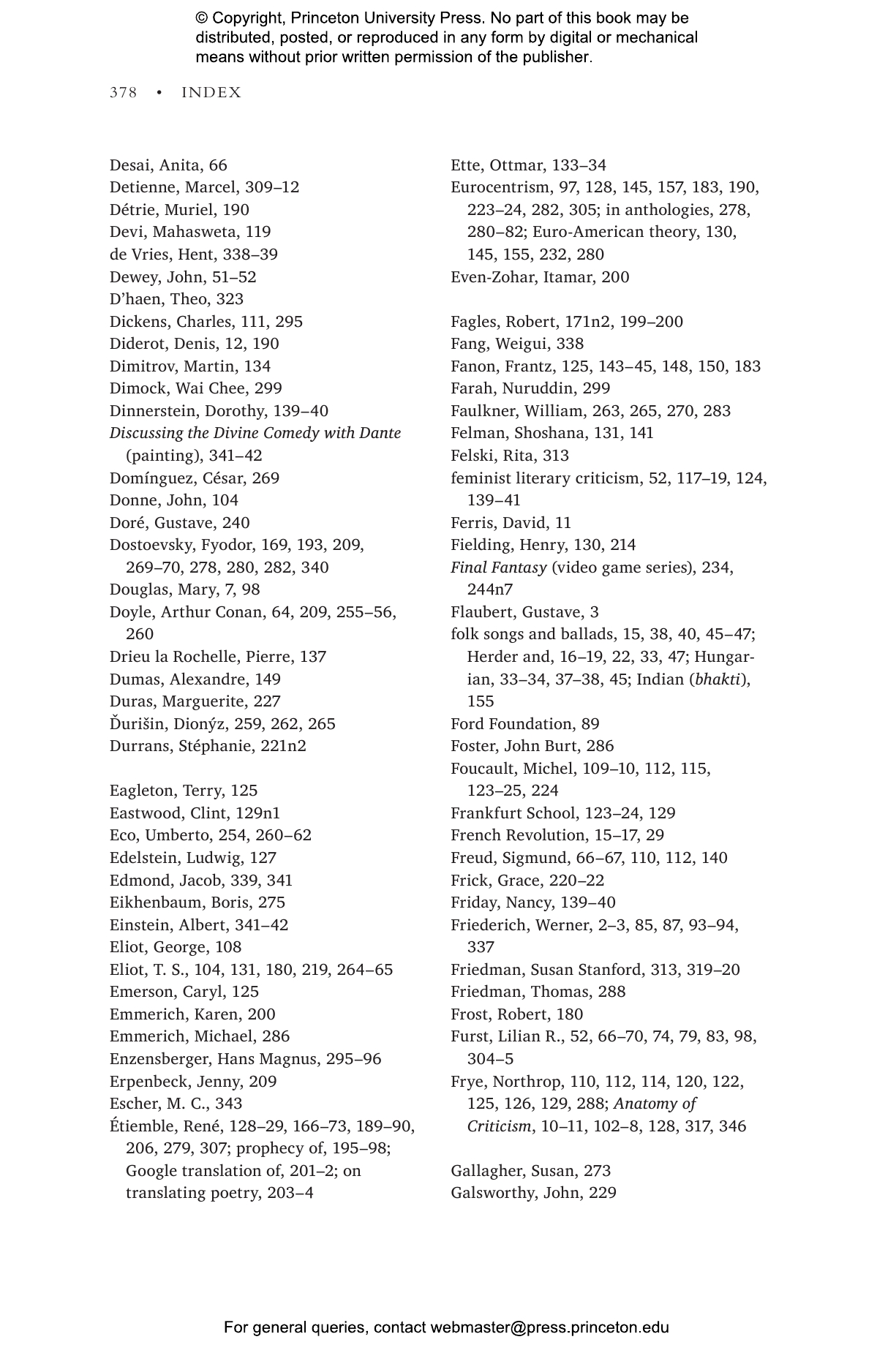 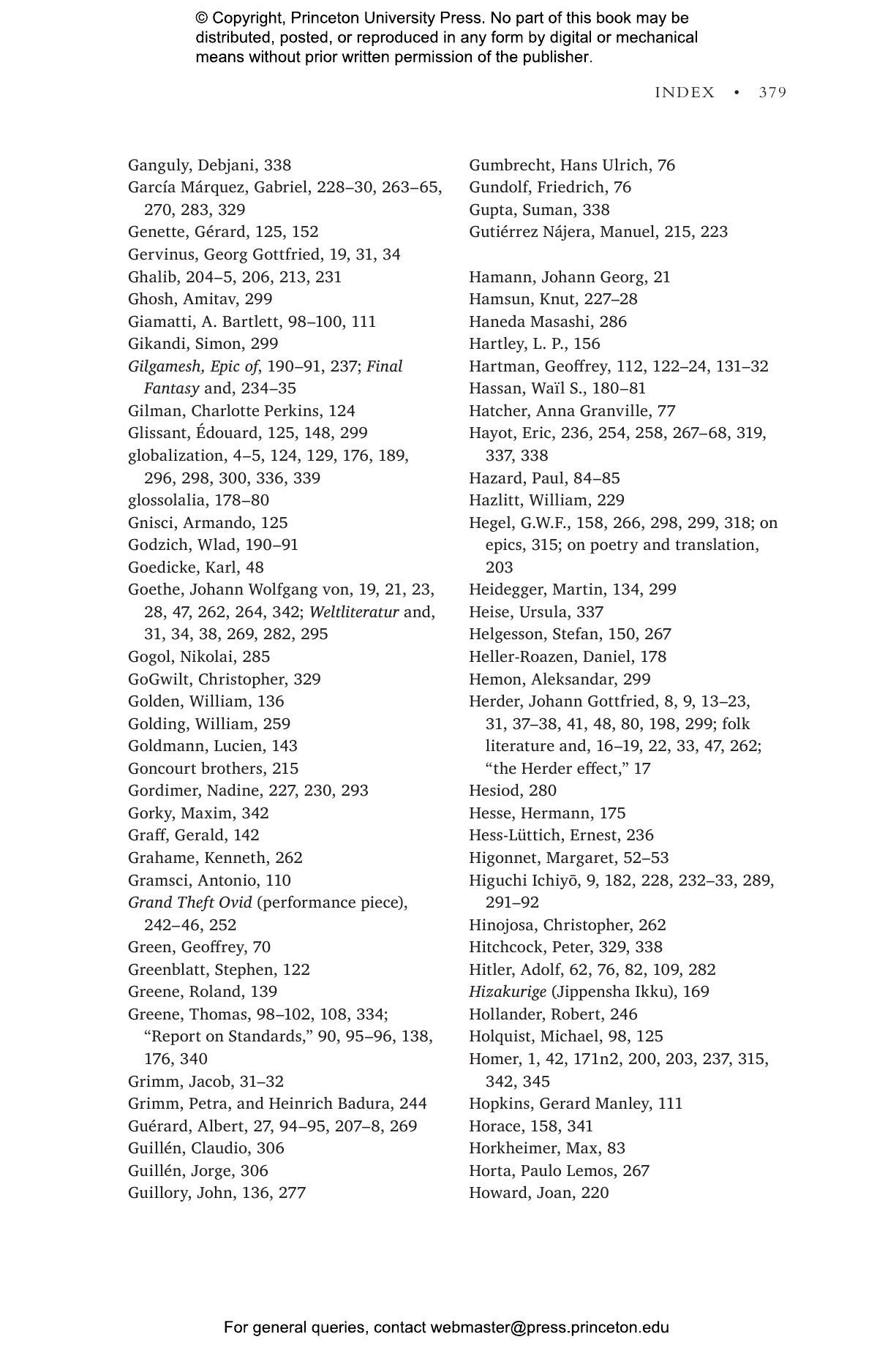 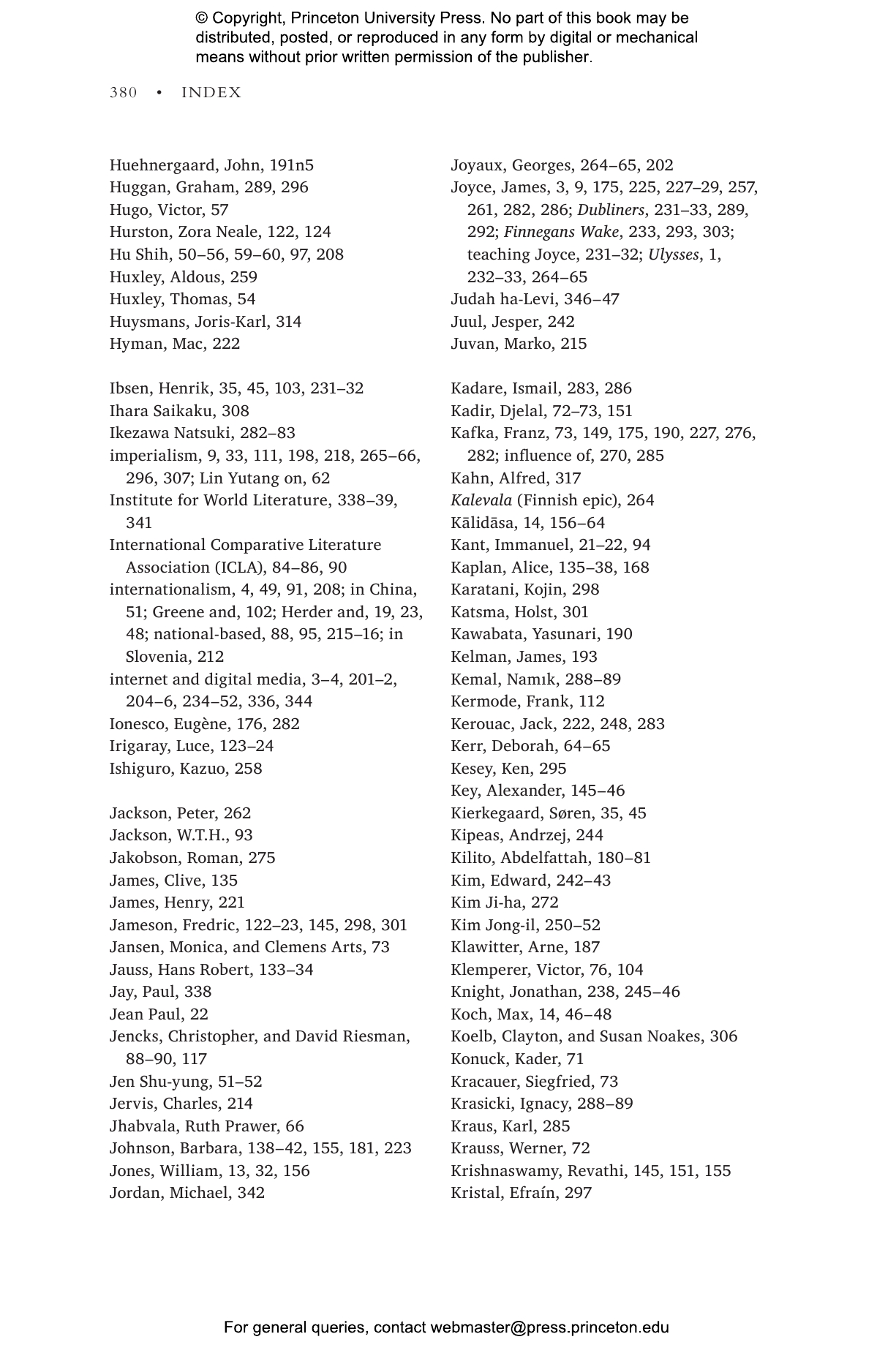 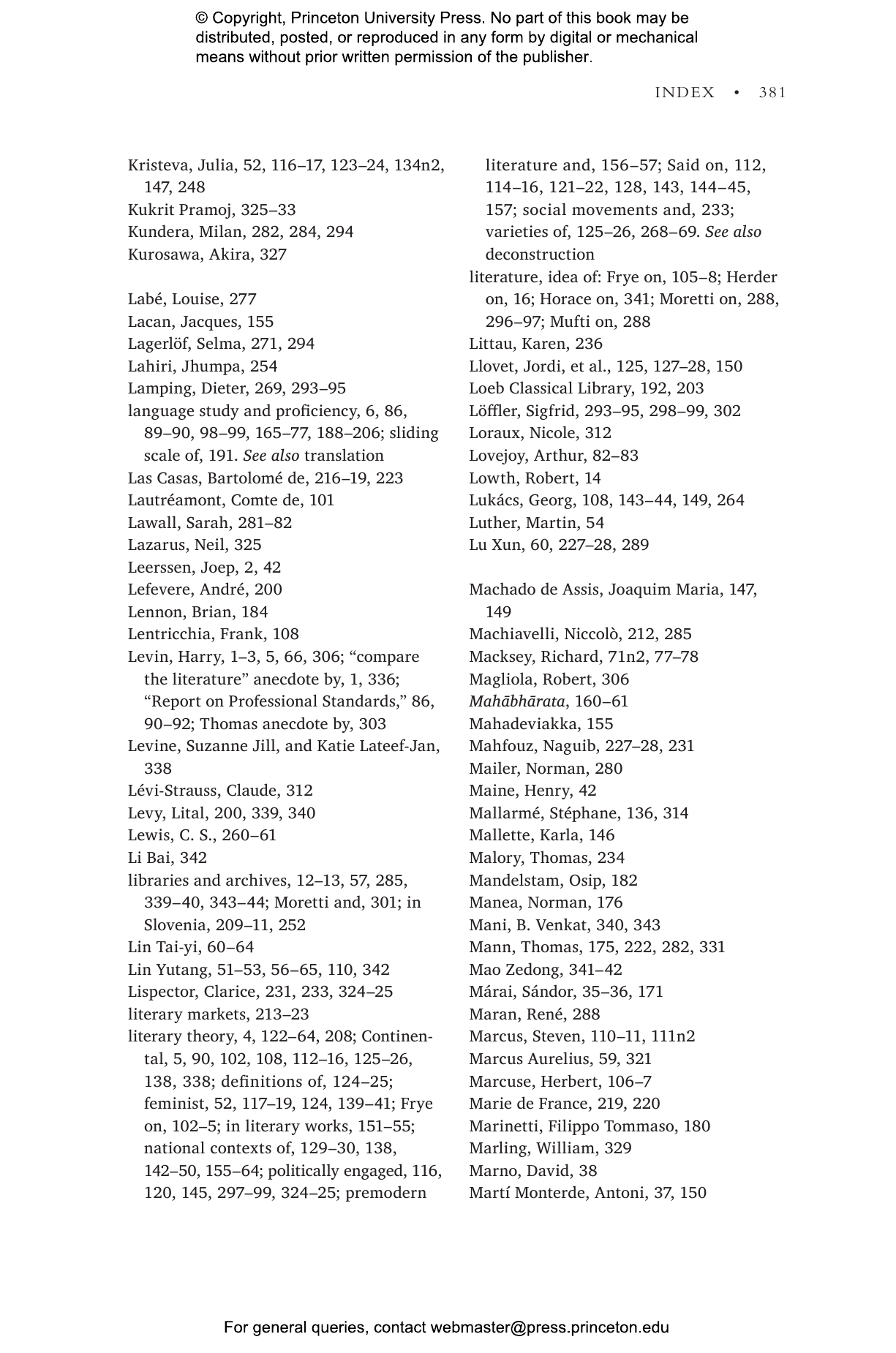 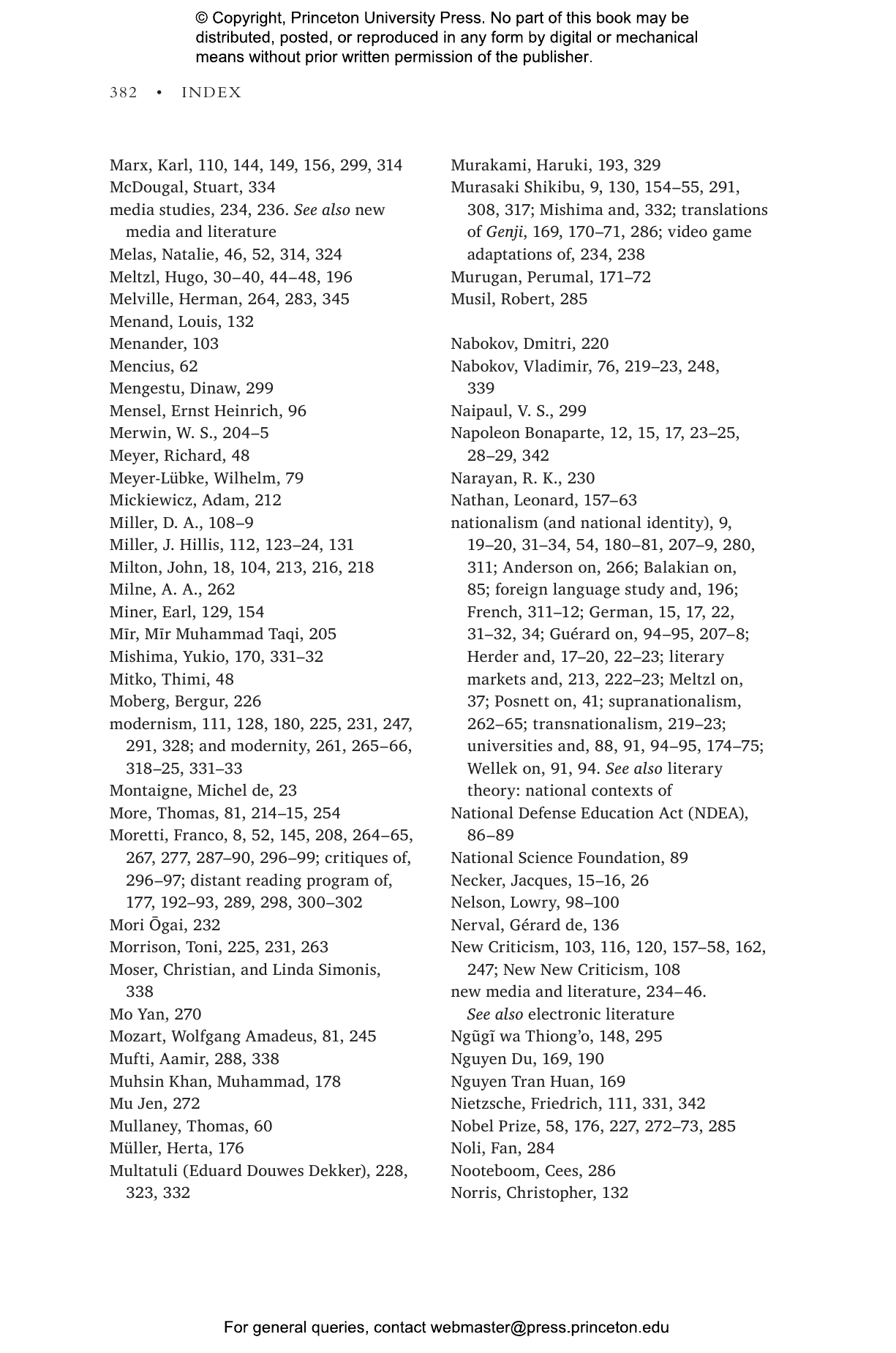 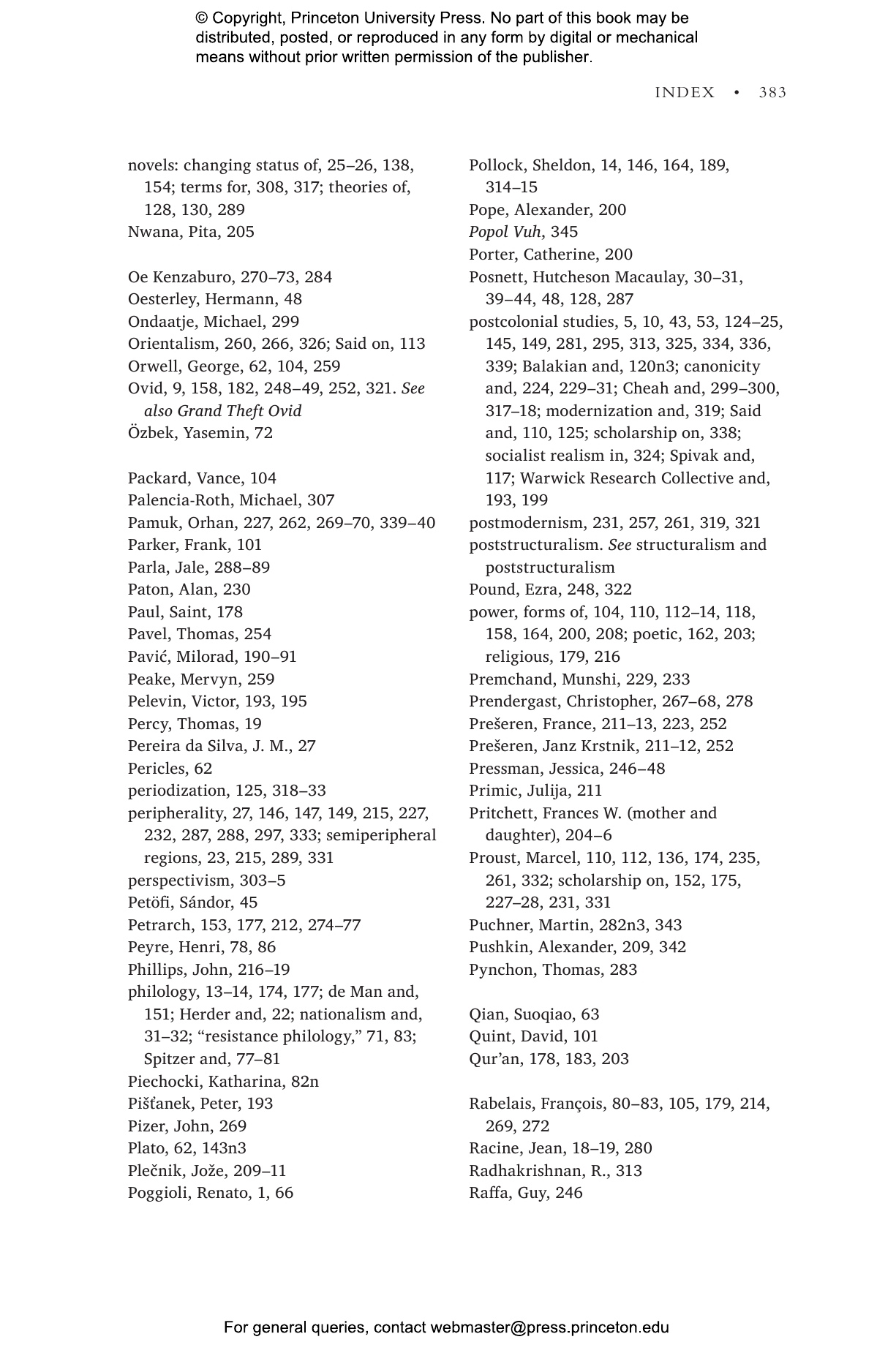 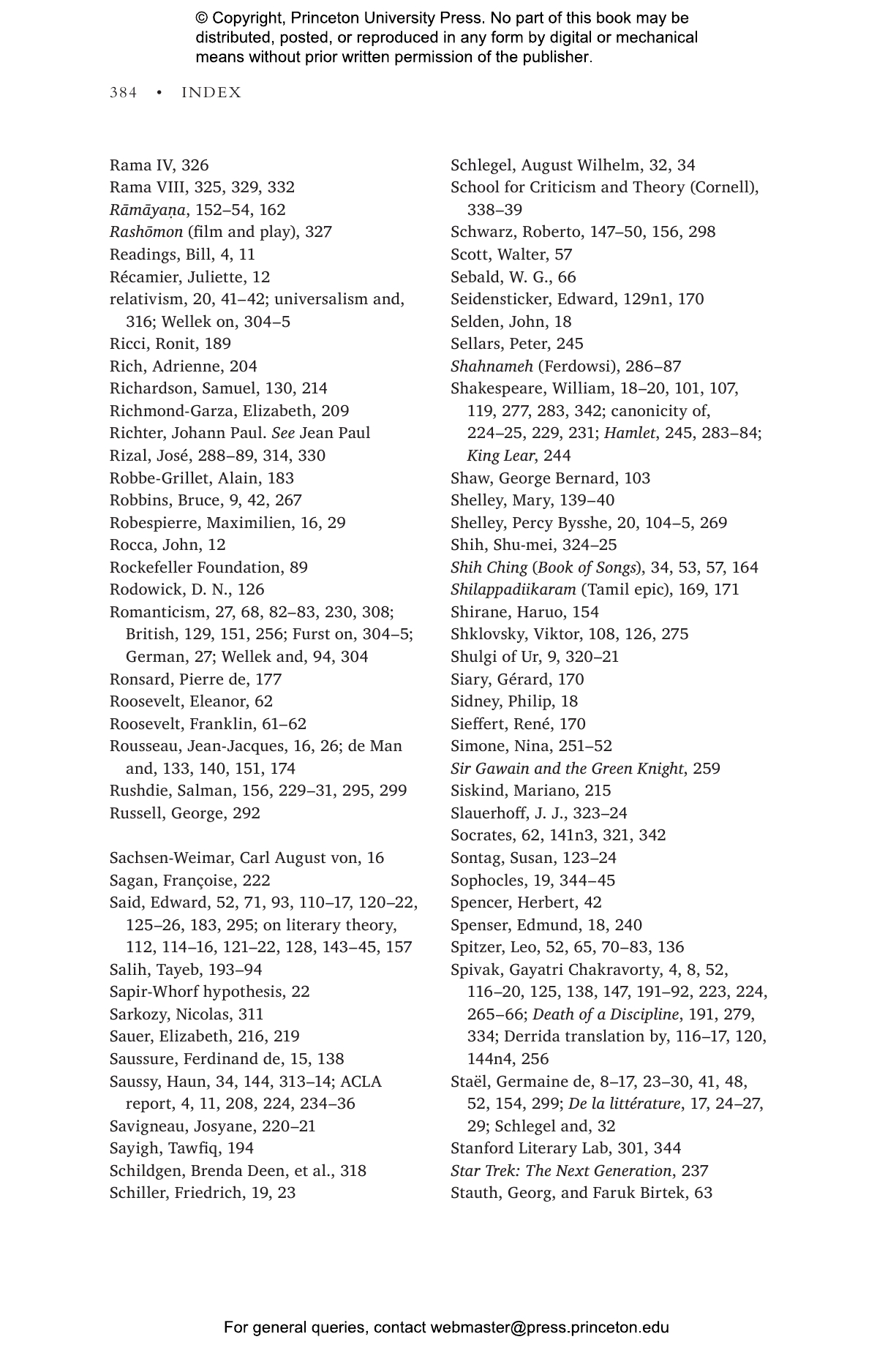 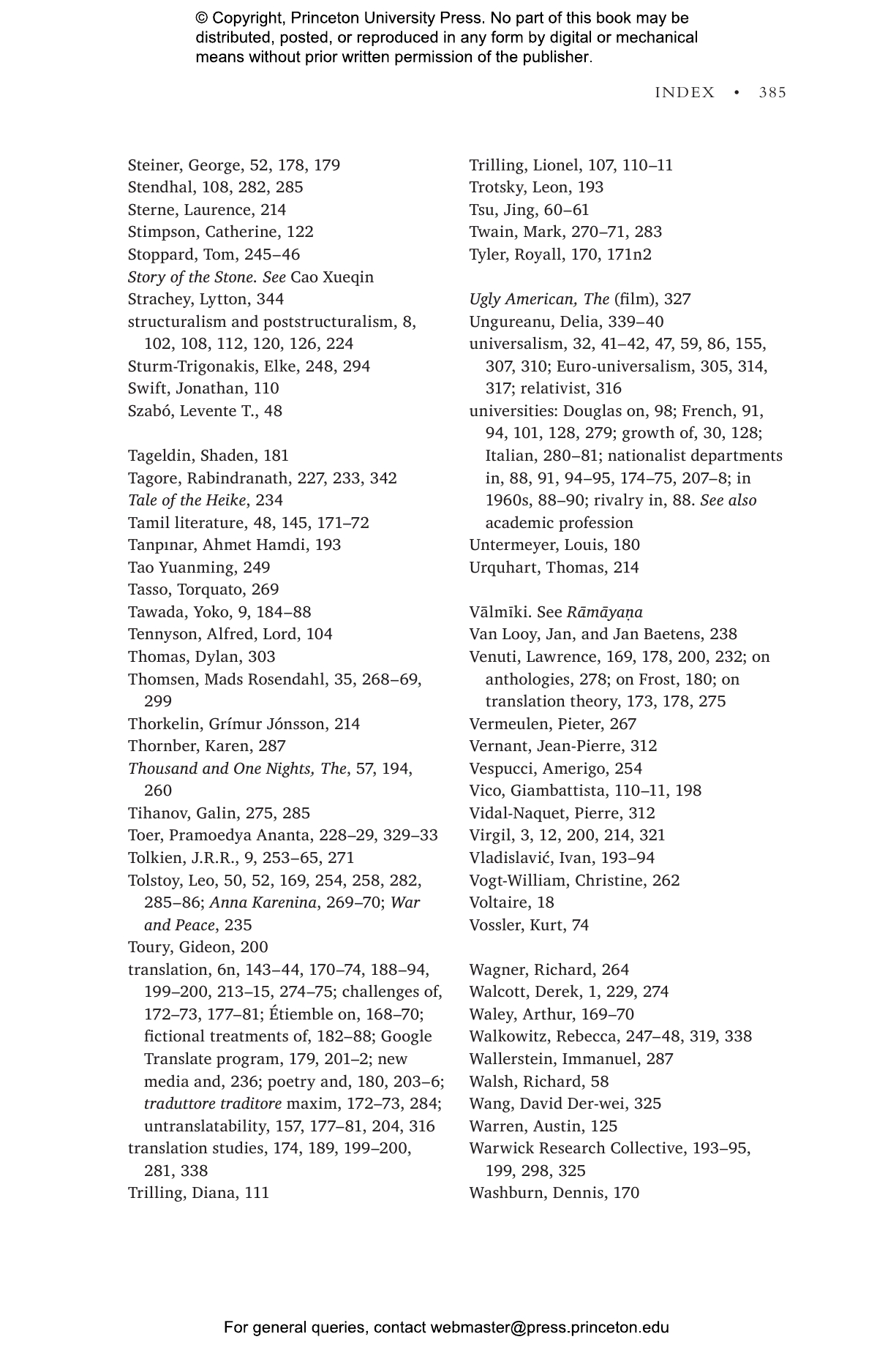 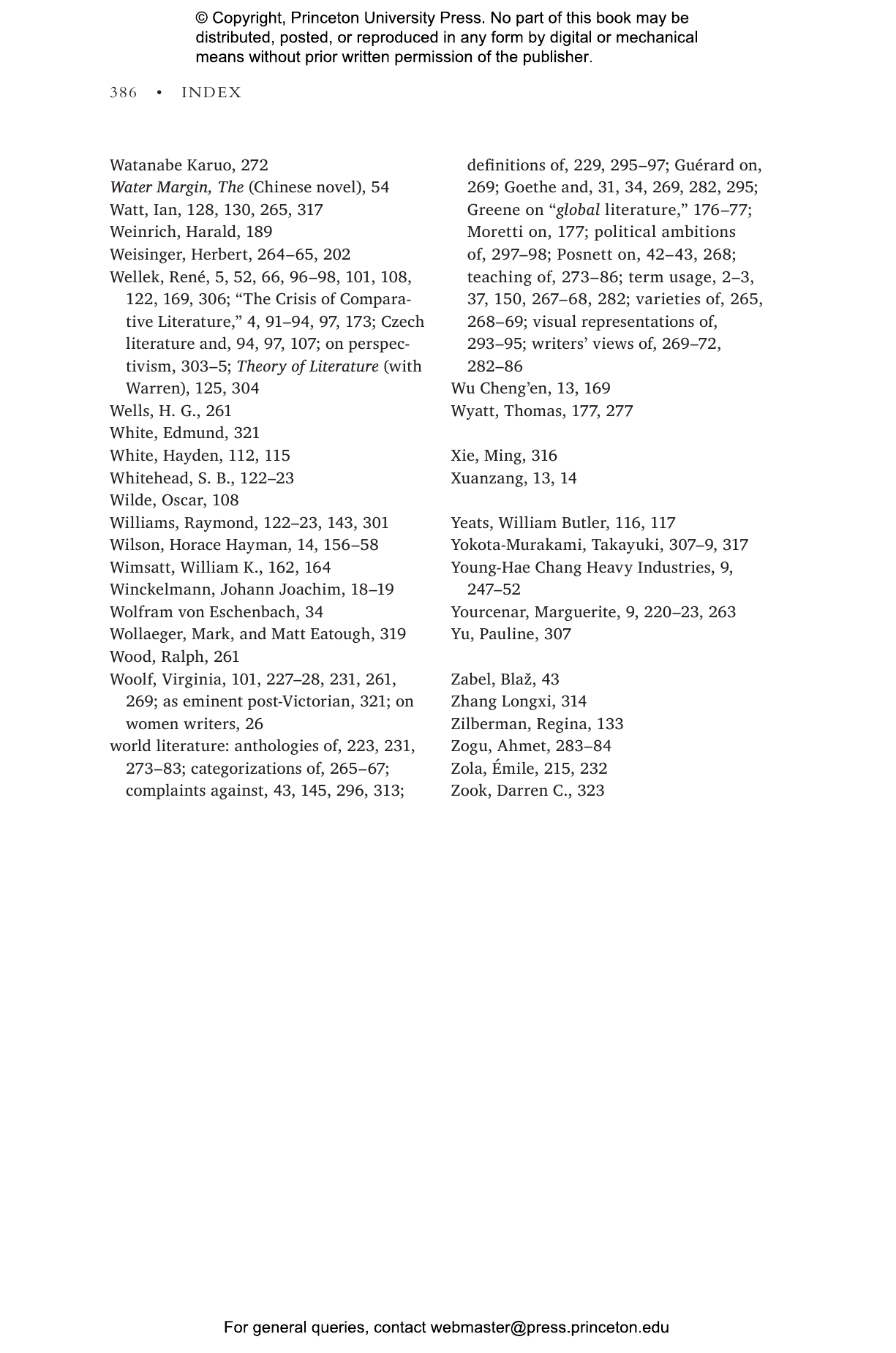 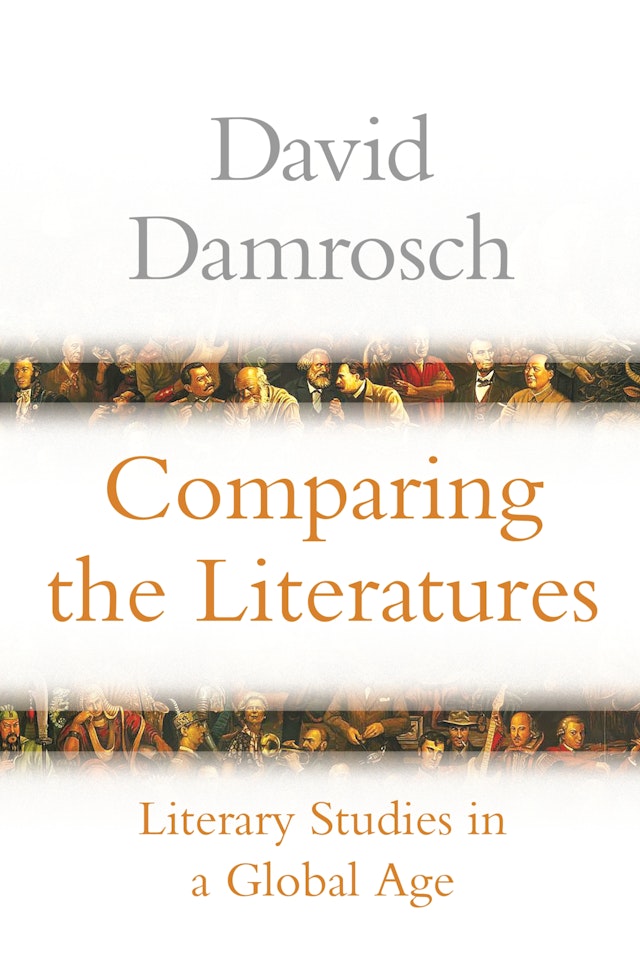 Literary studies are being transformed today by the expansive and disruptive forces of globalization. More works than ever circulate worldwide in English and in translation, and even national traditions are increasingly seen in transnational terms. To encompass this expanding literary universe, scholars and teachers need to expand their linguistic and cultural resources, rethink their methods and training, and reconceive the place of literature and criticism in the world. In Comparing the Literatures, David Damrosch integrates comparative, postcolonial, and world-literary perspectives to offer a comprehensive overview of comparative studies and its prospects in a time of great upheaval and great opportunity.

Comparing the Literatures looks both at institutional forces and at key episodes in the life and work of comparatists who have struggled to define and redefine the terms of literary analysis over the past two centuries, from Johann Gottfried Herder and Germaine de Staël to Edward Said, Gayatri Spivak, Franco Moretti, and Emily Apter. With literary examples ranging from Ovid and Kālidāsa to James Joyce, Yoko Tawada, and the internet artists Young-Hae Chang Heavy Industries, Damrosch shows how the main strands of comparison—philology, literary theory, colonial and postcolonial studies, and the study of world literature—have long been intertwined. A deeper understanding of comparative literature’s achievements, persistent contradictions, and even failures can help comparatists in literature and other fields develop creative responses to today’s most important questions and debates.