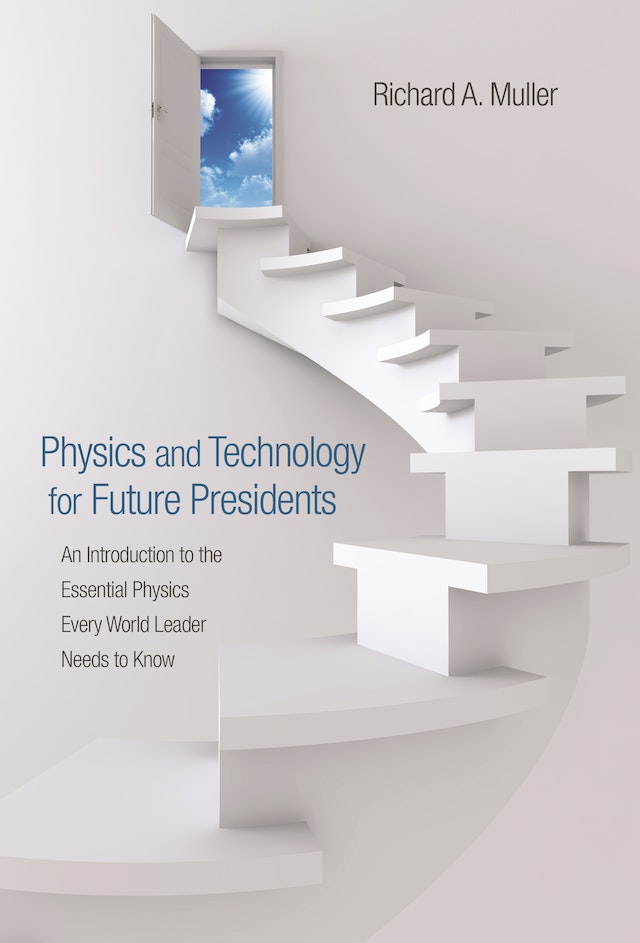 Physics and Technology for Future Presidents contains the essential physics that students need in order to understand today’s core science and technology issues, and to become the next generation of world leaders. From the physics of energy to climate change, and from spy technology to quantum computers, this is the only textbook to focus on the modern physics affecting the decisions of political leaders and CEOs and, consequently, the lives of every citizen. How practical are alternative energy sources? Can satellites really read license plates from space? What is the quantum physics behind iPods and supermarket scanners? And how much should we fear a terrorist nuke? This lively book empowers students possessing any level of scientific background with the tools they need to make informed decisions and to argue their views persuasively with anyone—expert or otherwise.

Accessible and entertaining, Physics and Technology for Future Presidents gives students the scientific fluency they need to become well-rounded leaders in a world driven by science and technology.

A restricted instructor’s manual is available to teachers. Contact the publisher for more information.

Leading universities that have adopted this book include:

Richard A. Muller is professor of physics at the University of California, Berkeley, and a past winner of the MacArthur Fellowship. He is the author of Nemesis (Weidenfeld & Nicholson) and Physics for Future Presidents (Norton).

"Modern science and technology have the power to shape the world we live in, for good or for evil. Muller, himself a brilliant, creative scientist, has distilled the most important scientific principles that define our choices, and has presented them clearly and objectively. To make wise decisions, not only future presidents, but future business and community leaders, and thoughtful citizens generally, need the information in this book."—Frank Wilczek, Nobel Prize—winning physicist

"Richard Muller has written an amazing and very entertaining book, not only for future presidents but for just about everyone else. It's written in a nonmathematical style, but includes tidbits that will amaze even working physicists. This is a great book that should be read by everyone."—David Goodstein, California Institute of Technology

"Anyone who aspires to be president (of any enlightened organization)—or for that matter, anyone who would like to be led by an informed president—should read this book. Extraterrestrials would surely be amazed that the citizens of the most powerful country on earth routinely elect presidents who proudly profess to know nothing about science and technology. We can only dream that one day presidential debates will include a quiz based on this book."—A. Zee, author of Fearful Symmetry

"Clear, inviting, and humorous, this is the first nonquantitative book I've seen that covers all the topics of physics. The introduction of current social and political issues is excellent. Students will want to read this book from cover to cover. It could increase scientific literacy significantly."—Mark Oreglia, University of Chicago

"Physics and Technology for Future Presidents provides a new answer to an old problem: how to teach physics to nontechnical students. Richard Muller does not 'dumb down' the technical aspects of physics; he skips them altogether and focuses on physics results rather than methods. Fun to read and accessible to general readers, this book presents a lot of interesting physics facts."—Vadim Kaplunovsky, University of Texas, Austin