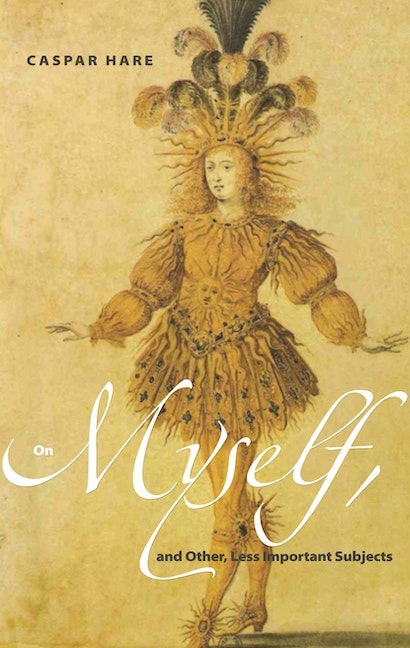 On Myself and Other, Less Important Subjects represents a new take on an old view, known as solipsism, which maintains that people’s experiences give them grounds for believing that they have a special, distinguished place in the world — for example, believing that only they exist or that other people do not have conscious minds like their own. Few contemporary thinkers have taken solipsism seriously. But Hare maintains that the version of solipsism he argues for is in indeed defensible, and that it is uniquely capable of resolving some seemingly intractable philosophical problems — both in metaphysics and ethics — concerning personal identity over time, as well as the tension between self-interest and the greater good.


This formidable and tightly argued defense of a seemingly absurd view is certain to provoke debate.

Caspar John Hare is associate professor of philosophy at Massachusetts Institute of Technology.

"This short book raises all the big questions that drive much of modern philosophy—metaphysical questions regarding personal identity, solipsism, and self-consciousness; and normative questions concerning what one should value and how one should act. Written clearly, but technically, this often-illustrated volume not only will provoke debates on key issues in contemporary philosophy, but also offers well-defended solutions to those debates."—Choice

"This attention-grabbing book touches on a large number of ethical and ontological issues. Its conclusion is prima facie absurd but, in spite of its implausibility, the theory meets with surprisingly few objections."—Berit Brogaard, Australian National University and University of Missouri, St. Louis

"Discussion of the metaphysics of perspective in the twentieth century was dominated by an antirealism outlined by Russell, Reichenbach, and Quine, and filled in by Kaplan, Lewis, and Perry: the game was to push me, here, and now out of the world and into our representations. The realist pushback has been gathering over the last decade, with special attention to temporal perspective. The present work is the first sustained treatment of the arguably more fundamental case of personal perspective. Its lively style and brevity ensure quick and rapt reading, and the nontechnical presentation makes the discussion accessible."—Benj Hellie, University of Toronto