Fun math puzzles based on the Twelve Labors of Hercules 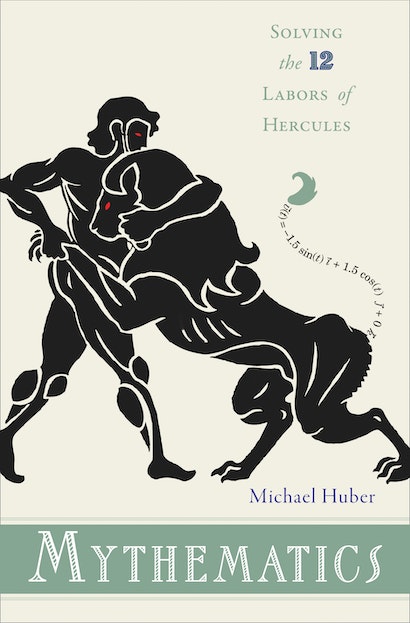 How might Hercules, the most famous of the Greek heroes, have used mathematics to complete his astonishing Twelve Labors? From conquering the Nemean Lion and cleaning out the Augean Stables, to capturing the Erymanthean Boar and entering the Underworld to defeat the three-headed dog Cerberus, Hercules and his legend are the inspiration for this book of fun and original math puzzles.

While Hercules relied on superhuman strength to accomplish the Twelve Labors, Mythematics shows how math could have helped during his quest. How does Hercules defeat the Lernean Hydra and stop its heads from multiplying? Can Hercules clean the Augean Stables in a day? What is the probability that the Cretan Bull will attack the citizens of Marathon? How does Hercules deal with the terrifying Kraken? Michael Huber’s inventive math problems are accompanied by short descriptions of the Twelve Labors, taken from the writings of Apollodorus, who chronicled the life of Hercules two thousand years ago. Tasks are approached from a mathematical modeling viewpoint, requiring varying levels of knowledge, from basic logic and geometry to differential and integral calculus. Mythematics provides helpful hints and complete solutions, and the appendixes include a brief history of the Hercules tale, a review of mathematics and equations, and a guide to the various disciplines of math used throughout the book.

An engaging combination of ancient mythology and modern mathematics, Mythematics will enlighten and delight mathematics and classics enthusiasts alike.

Michael Huber is associate professor of mathematics at Muhlenberg College. 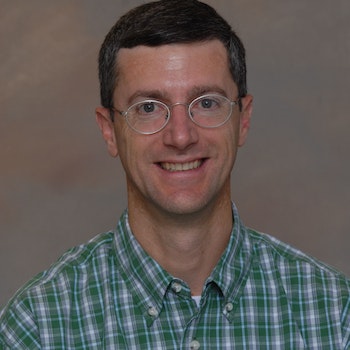 "The figures and diagrams are well chosen, the mathematics is presented attractively, the pace is appropriate. Unobtrusively, the general level of mathematical sophistication tends to rise as the book progresses. This book offers ideas to teachers seeking topics on which to pin some abstract maths, and could encourage students to think imaginatively about their subject, and where it might arise in unexpected circumstances."—John Haigh, London Mathematical Society Newsletter

"Though Mythematics is probably best viewed as a recreational mathematics book, the methods used should provide insight into how one applies mathematics to a physical, real-world problem. Students interested in mathematical modeling may certainly find this book of interest."—Choice

"Never before has a Greek hero faced such trials armed first and foremost with the weapon of mathematics. . . . This book is ideal for students, providing an entertaining way to practise problem-solving skills and a glimpse of how useful even basic mathematical ideas can be when applied to physical scenarios. The premise of Mythematics is both original and intriguing, but what is most impressive is Huber's inventiveness in translating the twelve labours of Hercules into mathematical conundrums."—Sarah Shepherd, iSquared

"The book is unique in its mixture of ancient Greek mythology and applied mathematics. . . . It will certainly be a valuable source of inspiration for math teachers who have to teach these students."—Adhemar Bultheel, European Mathematical Society

"In this one-of-a-kind book, Michael Huber converts the Twelve Labors of Hercules into a series of math problems, thereby demonstrating the chops of an applied mathematician and the sensibility of a classicist. We can only hope that, for a sequel, Huber takes on A Thousand and One Nights."—William Dunham, author of The Calculus Gallery

"Huber has come up with a clever means to present some pretty mathematics and math modeling. Covering an eclectic set of topics, this book will teach readers a golden goblet's worth of mathematics."—Colin Adams, coauthor of How to Ace Calculus

"Michael Huber ingeniously introduces many elementary mathematical and physical problems in this fascinating book. Who knew Greek mythology could be so mathematical!"—John Adam, coauthor of Guesstimation

"This book does an excellent job of blending math with a very different field—classics. As I read the book I thought, 'Had one of the gods offered Hercules a premonition of this book's contents, he would have quickly trained to have strength in mathematical insights to rival his physical prowess.' The book repeatedly underscores the importance of careful mathematical modeling."—Tim Chartier, Davidson College

"I like the concepts underlying the problems in this book. It will be a valuable resource for classroom teachers at all levels and a fun read for students."—John Quintanilla, University of North Texas