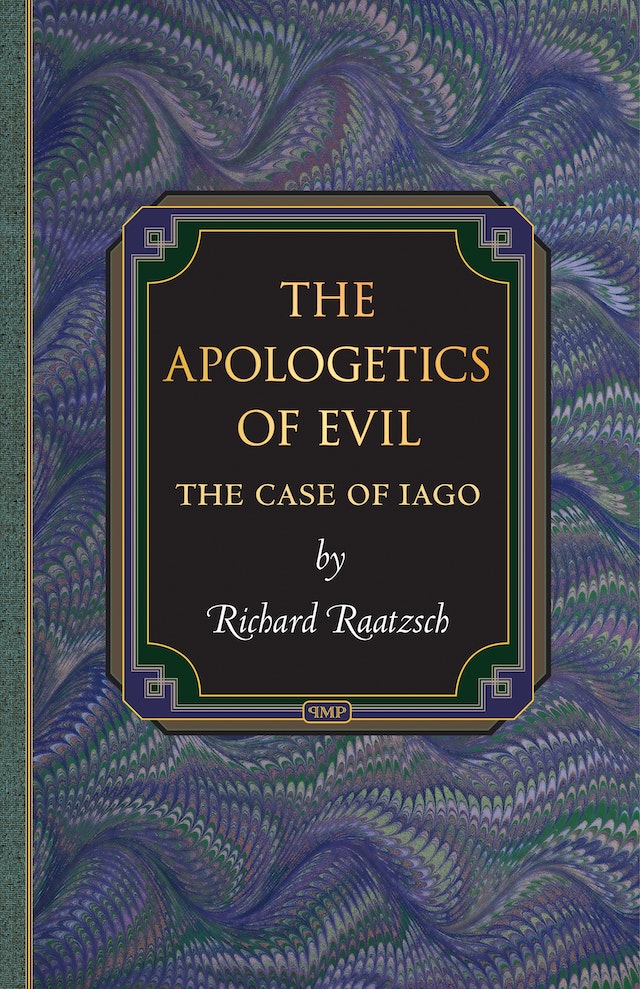 This book is a concise philosophical meditation on Iago and the nature of evil, through the exploration of the enduring puzzle found in Shakespeare’s Othello. What drives Iago to orchestrate Othello’s downfall? Instead of treating Iago’s lack of motive as the play’s greatest weakness, The Apologetics of Evil shows how this absence of motive is the play’s greatest strength. Richard Raatzsch determines that Iago does not seek a particular end or revenge for a discrete wrong; instead, Iago is governed by a passion for intriguing in itself. Raatzsch explains that this passion is a pathological version of ordinary human behavior and that Iago lacks the ability to acknowledge others; what matters most to him is the difference between himself and the rest of the world.

The book opens with a portrait of Iago, and considers the nature and moral significance of the evil that he represents. Raatzsch addresses the boundaries dividing normality and pathology, conceptualizing evil as a pathological form of the good or ordinary. Seen this way, evil is conceptually dependent on the ordinary, and Iago, as a form of moral monster, is a kind of nonbeing. Therefore, his actions might be understood and defended, even if they cannot be justified. In a brief epilogue, Raatzsch argues that literature’s presentation of what is monstrous or virtuous can constitute an understanding of these concepts, not merely illustrate them.

Richard Raatzsch holds the chair for practical philosophy at the European Business School in Wiesbaden, Germany.

"What is evil? What are its forms? How is it motivated? These are questions of the greatest human significance and Raatzsch's treatment of them is sensitive, imaginative, and broadly based. This book brings together different lines of argument from epistemology, moral philosophy, and philosophy of mind in a highly compact and supercharged, yet fully comprehensible form. The result packs an enormous intellectual punch."—Raymond Geuss, University of Cambridge