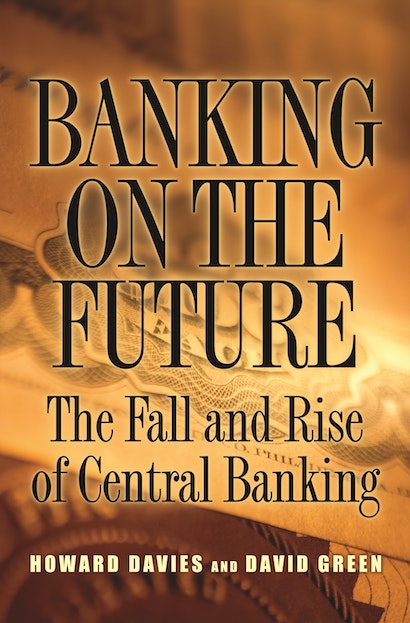 The crash of 2008 revealed that the world’s central banks had failed to offset the financial imbalances that led to the crisis, and lacked the tools to respond effectively. What lessons should central banks learn from the experience, and how, in a global financial system, should cooperation between them be enhanced? Banking on the Future provides a fascinating insider’s look into how central banks have evolved and why they are critical to the functioning of market economies. The book asks whether, in light of the recent economic fallout, the central banking model needs radical reform.

Supported by interviews with leading central bankers from around the world, and informed by the latest academic research, Banking on the Future considers such current issues as the place of asset prices and credit growth in anti-inflation policy, the appropriate role for central banks in banking supervision, the ways in which central banks provide liquidity to markets, the efficiency and cost-effectiveness of central banks, the culture and individuals working in these institutions, as well as the particular issues facing emerging markets and Islamic finance. Howard Davies and David Green set out detailed policy recommendations, including a reformulation of monetary policy, better metrics for financial stability, closer links with regulators, and a stronger emphasis on international cooperation.

Exploring a crucial sector of the global economic system, Banking on the Future offers new ideas for restoring financial strength to the foundations of central banking.

Howard Davies is director of the London School of Economics and Political Science. Previously, he was chairman of the United Kingdom's Financial Services Authority and deputy governor of the Bank of England. David Green has worked for almost forty years as a central banker and financial regulator, principally at the Bank of England and the Financial Services Authority. Davies and Green are the authors of Global Financial Regulation.

"[T]he depth of its analysis will make Banking on the Future an important source of insights for years to come."—Ed Crooks, Financial Times

"The best assessment yet of the role played by the leading western central banks—the U.S. Federal Reserve, the ECB and the Bank of England—in the run-up to the financial crisis and beyond, from two former insiders at the top level of UK policymaker."—Financial Times

"Books on central banking usually vie with pills as sleep inducers, but Banking on the Future: The Fall and Rise of Central Banking is actually a page-turner."—Andrew Allentuck, National Post

"[A] valuable, accessible volume. . . . This clear, nontechnical guide on the present and future of central banking from two eminent policy makers could not have come at a better time."—Choice

"A better title for this book would have been: All You Ever Wanted to Know About Central Banking and More. . . . Davies and Green provide much to inform and interest diverse audiences. . . .[I]t's a book that practitioners and students of central banking need to have on their shelf."—Management Today

"We get an insider's view of the nuts and bolts of central banking, but not so inside that the authors are uncritical. They readily identify the pressure to change regulations or advice when regulators feel under pressure to display expertise in new issues. . . . These are snippets of insight that only critical insiders know how to capture."—Dick Bryan, Australian Review of Public Affairs

"Not long ago, national central banks were endowed with wide-ranging authority, enormous prestige, and a high degree of independence. Today, in the aftermath of the global financial crisis, rethinking their functioning and their modus operandi is both natural and needed. Howard Davies and David Green write on this issue with authority, reflecting their practical experience, political sensitivity, and high analytic skills."—Paul Volcker, former chairman of the U.S. Federal Reserve and current chairman of the U.S. Economic Recovery Advisory Board

"Banking on the Future provides the most comprehensive and lucid analysis of the pressing challenges faced by central banks. The book clearly shows how monetary policy and financial stability concerns have drifted apart in recent years and the crucial role this dichotomy has played in the run up to the crisis. Davies and Green put forward precise, cogent, and practical recommendations for the future. It is urgent and important that policymakers ponder and act on these proposals."—Jacques de Larosière, chairman of the Strategic Committee of the French Treasury and former governor of the Banque de France

"An indispensable book for practitioners and students alike. The authors write from a depth of central banking experience, and have witnessed at close hand the disastrous consequences of separating monetary policy from financial regulation. They provide a convincing plan for reuniting the two."—William Keegan, senior economics commentator, Observer

"The great credit crisis of 2007-9 begs the question: how much do we need to rethink central banking? The explosive issues include whether central banks should lean against asset bubbles, whether inflation targeting needs to be reconsidered, and whether strong independence is compatible with the expanding responsibilities assumed by central banks. There is no one more reliable than Davies and Green for guiding us through this minefield."—Barry Eichengreen, author of The European Economy since 1945

"An extraordinary book that asks all the right and very difficult questions, and manages to suggest some of the answers."—Guido Tabellini, Università Commerciale Luigi Bocconi, Milan

"This is a timely book on an important subject. It represents a significant contribution to the literature on central banking, and draws on historical, political, economic, business, and sociological considerations."—Rosa M. Lastra, Centre for Commercial Law Studies, Queen Mary University of London

"In the wake of recent financial disturbances, there have been many papers and books on what went wrong, and on what changes there have to be in the private financial sector and the behavior of regulators. There has, however, been very little written on the implications for central banks. This is an excellent, clear, and important book."—Geoffrey E. Wood, Cass Business School, City University London