An in-depth look at scientific fraud 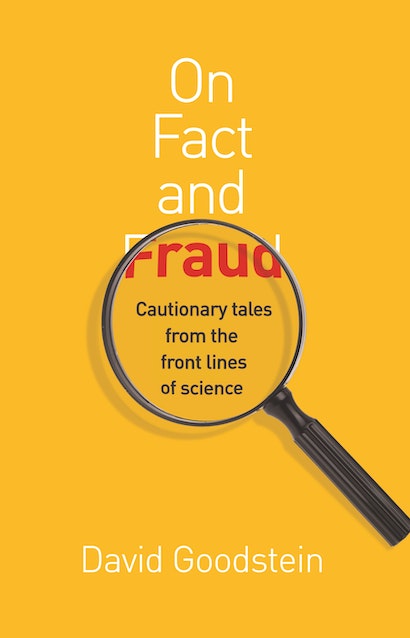 Fraud in science is not as easy to identify as one might think. When accusations of scientific misconduct occur, truth can often be elusive, and the cause of a scientist’s ethical misstep isn’t always clear. On Fact and Fraud looks at actual cases in which fraud was committed or alleged, explaining what constitutes scientific misconduct and what doesn’t, and providing readers with the ethical foundations needed to discern and avoid fraud wherever it may arise.

In David Goodstein’s varied experience—as a physicist and educator, and as vice provost at Caltech, a job in which he was responsible for investigating all allegations of scientific misconduct—a deceptively simple question has come up time and again: what constitutes fraud in science? Here, Goodstein takes us on a tour of real controversies from the front lines of science and helps readers determine for themselves whether or not fraud occurred. Cases include, among others, those of Robert A. Millikan, whose historic measurement of the electron’s charge has been maligned by accusations of fraud; Martin Fleischmann and Stanley Pons and their “discovery” of cold fusion; Victor Ninov and the supposed discovery of element 118; Jan Hendrik Schön from Bell Labs and his work in semiconductors; and J. Georg Bednorz and Karl Müller’s discovery of high-temperature superconductivity, a seemingly impossible accomplishment that turned out to be real.

On Fact and Fraud provides a user’s guide to identifying, avoiding, and preventing fraud in science, along the way offering valuable insights into how modern science is practiced.

David Goodstein is the Frank J. Gilloon Distinguished Teaching and Service Professor in the Department of Physics at the California Institute of Technology. His books include Out of Gas: The End of the Age of Oil and Feynman's Lost Lecture. 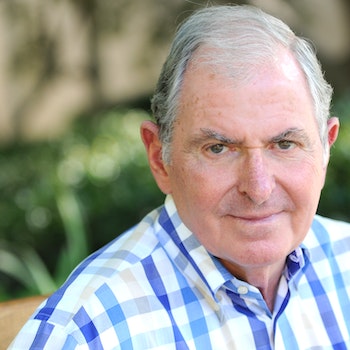 "The strength of this slim volume is that the author knows and understands his subject well and can talk from experience and from the heart."—Michael J.G. Farthing, Times Higher Education

"Physicist David Goodstein asks why some scientists are driven to misrepresent results. His book On Fact and Fraud uses well-known cases to look at how science is conducted and to remind us that not all 'fraudulent' scientists are guilty."—Joanne Baker and Sara Abdulla, Nature

"A textbook on scientific ethics that begins with a primer on inductive reasoning and ends with university guidelines for research conduct sounds dull, but David Goodstein has created an entertaining book studded with laugh-out-loud moments. . . . Goodstein's candour and humour make this book a delight to read, and he's very good at explaining physics, too."—Jonathan Beard, New Scientist

"Offers a short and engaging education for those who want to know more about understanding and detecting true fraud. . . . Since scientific fraud is not going away, we need greater understanding and education to help us detect and deal with it. David Goodstein's book fulfils an important need. This is a valuable book and one not to be missed."—Laura H. Greene, Physics World

"I was very happy to find a book that starts out from the same assumption that I have: that cases of fraud in science—including alleged, suspected and actual cases—can reveal something about the way science works. On Fact and Fraud: Cautionary Tales from the Front Lines of Science is an accessible, well-written contribution to a relatively understudied area."—Eugenie Samuel Reich, Geochemical News

"On Fact and Fraud is a thought-provoking analysis of scientific ethics and, in particular, the way the 'reward system' and 'authority structure' of research can lead people astray."—Clive Cookson, Financial Times

"Offers a useful and lucid account of different examples of scientific fraud or misconduct, and describes the motivations or risk factors."—Federal Technology Watch

"A genial guide, [Goodstein] shows that sometimes the deciding line between fact, self-delusion and outright fraud is hard to spot."—Peter Forbes, The Independent

"This excellent little book . . . challenges some of the conventional notions of where the line lies that separates good from bad or real from phony science."—Harry Eagar, Maui News

"Sadly for science, not all fraudsters get caught. For starters, David Goodstein says, serious misconduct isn't always easy to identify. Self-deception, an ends-justifying-means mentality and concealing controversial research can muddy the ethical waters. Goodstein, head of the fraud squad at Pasadena's California Institute of Technology, claims it's possible to set up protocols to reduce faking, fabrication and plagiarism."—Leigh Dayton, Australian

"This short book, written by an insider, challenges the reader on the nature and ethics of scientific endeavour."—Tony Stubbings, Chemistry World

"On Fact and Fraud is a much larger story than the book's brief number of pages suggest. Writer and physicist Goodstein fully describes components necessary for fraudulent science and provides fascinating case studies illustrating a variety of nuances to the major thesis. He carefully constructs chapters to reveal personalities, circumstances, and evidence behind claims of fraud. . . . This cautionary tale will beguile readers while providing a basis to assess future claims."—Choice

"[T]his short but lucidly written book, enlivened by subtle wit, does far more than recounting cases of fraud. It throws an insider's light on the nature of scientific endeavor, which is rather different from the way outsiders often portray it. While some passages require specialist knowledge, the general message is clear and so the work can be appreciated by lay readers with an interest in science."—Gustav Jahoda, Metapsychology Online Reviews

"Goodstein's book really shines as an insider's perspective of how science works in the nitty-gritty, hardscrabble, competitive world of professional research."—Michael Shermer, American Journal of Physics

"This volume is essential for anyone interested in the history of science in Norway and in the history of Trondheim, but it also offers excellent material for comparison with other scientific societies in Europe and elsewhere during the last 250 years."—Karl Grandin, ISIS

"Bracing reading. On Fact and Fraud is important because it combines a considered ethical stance and an analysis of the conditions under which fraud takes place with recognition of the all-too-real difficulties of handling, under pressure, hard-to-reproduce effects. This is a smart, deft book by someone deeply familiar with the moral and ethical complexities in contemporary science."—Peter Galison, Harvard University

"The success and credibility of science is anchored in a culture of complete openness. For more than twenty years, Caltech physicist David Goodstein has been on the front lines defending that culture against attacks of fraud and self-delusion. In this tightly written book, he shares insights drawn from cases that have shaken the physical sciences."—Robert L. Park, author of Superstition: Belief in the Age of Science

"This is a superb book. Goodstein not only discusses the subject in an accessible way, but his thoughts are refreshing to a working physicist such as me, one who has wrestled with many of these issues. It will be the definitive book on the subject. I know of nothing that competes. Goodstein is clearly an expert."—Richard A. Muller, University of California, Berkeley

"This book includes considerable material of interest. On Fact and Fraud offers an interesting read for anyone who has a career focus on these topics."—Michael W. Kalichman, director of the Research Ethics Program at the University of California, San Diego

"Goodstein's important book explores how science is really done, and distinguishes itself from other books on the topic in that it is a story told from the inside, by a physicist. Goodstein examines the structure of the entire enterprise, from the motivations of individual scientists, to the reward system, to the corridors of power. Along the way, he destroys a number of popular and enduring myths."—Anthony Tyson, University of California, Davis