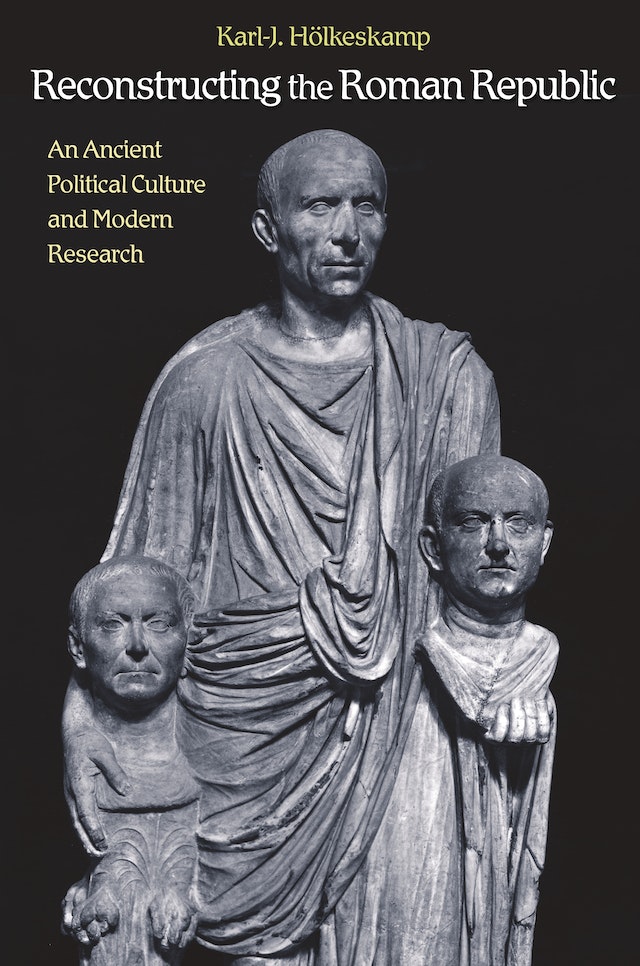 In recent decades, scholars have argued that the Roman Republic’s political culture was essentially democratic in nature, stressing the central role of the ‘sovereign’ people and their assemblies. Karl-J. Hölkeskamp challenges this view in Reconstructing the Roman Republic, warning that this scholarly trend threatens to become the new orthodoxy, and defending the position that the republic was in fact a uniquely Roman, dominantly oligarchic and aristocratic political form.

Hölkeskamp offers a comprehensive, in-depth survey of the modern debate surrounding the Roman Republic. He looks at the ongoing controversy first triggered in the 1980s when the ‘oligarchic orthodoxy’ was called into question by the idea that the republic’s political culture was a form of Greek-style democracy, and he considers the important theoretical and methodological advances of the 1960s and 1970s that prepared the ground for this debate. Hölkeskamp renews and refines the ‘elitist’ view, showing how the republic was a unique kind of premodern city-state political culture shaped by a specific variant of a political class. He covers a host of fascinating topics, including the Roman value system; the senatorial aristocracy; competition in war and politics within this aristocracy; and the symbolic language of public rituals and ceremonies, monuments, architecture, and urban topography.

Certain to inspire continued debate, Reconstructing the Roman Republic offers fresh approaches to the study of the republic while attesting to the field’s enduring vitality.

Karl-J. Holkeskamp is professor of ancient history at the University of Cologne. He has published extensively on civic society, politics, and law in ancient Greece and the Roman Republic.

"Students at every level will find this brilliant, lucid, carefully organized synthesis of innovative work on the Late Republic to be an invaluable resource."—Choice

"[T]here is a good deal in this book that is useful, sophisticated, and creative."—Benjamin Kelly, Phoenix

"For specialists, much of the ground covered will be familiar, although the author's judgments are often shrewd and his power to summarize wide-ranging and often complex issues is nothing short of magisterial. For nonspecialists, Hölkeskamp's tour d'horizon delivers an accessible and comprehensive introduction to the current state of play in the study of Republican political culture. . . . [A] brief summation cannot do justice to Hölkeskamp's nuanced and wide-ranging survey. The notes and bibliography alone are worth the price of the volume."—Nathan Rosenstein, Classical World

"This volume is written in an engaging and dynamic style, and makes an original contribution to ongoing debates within the field. There can be no doubt that Hölkeskamp is one of the top scholars working on the Roman Republic. His book represents a summary of the main scholarly questions aired over the last generation or so, as well as a plea for new directions and more dialogue. No equivalent book exists in any language."—Harriet I. Flower, author of Roman Republics