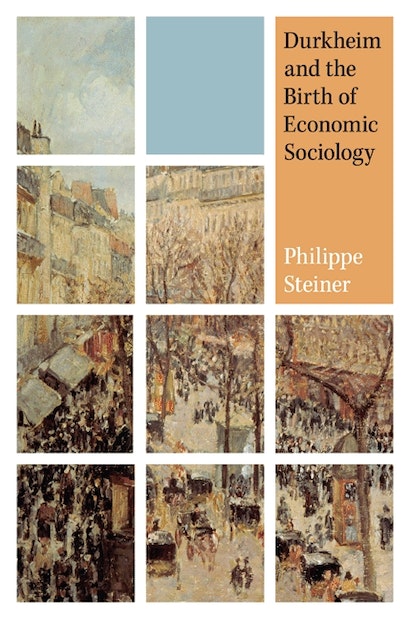 émile Durkheim’s work has traditionally been viewed as a part of sociology removed from economics. Rectifying this perception, Durkheim and the Birth of Economic Sociology is the first book to provide an in-depth look at the contributions made to economic sociology by Durkheim and his followers. Philippe Steiner demonstrates the relevance of economic factors to sociology and shows how the Durkheimians inform today’s economic systems.

Steiner argues that there are two stages in Durkheim’s approach to the economy — a sociological critique of political economy and a sociology of economic knowledge. In his early works, Durkheim critiques economists and their categories, and tries to analyze the division of labor from a social rather than economic perspective. From the mid-1890s onward, Durkheim’s preoccupations shifted to questions of religion and the sociology of knowledge. Durkheim’s disciples, such as Maurice Halbwachs and François Simiand, synthesized and elaborated on Durkheim’s first-stage arguments, while his ideas on religion and the economy were taken up by Marcel Mauss. Steiner indicates that the ways in which the Durkheimians rooted the sociology of economic knowledge in the educational system allows for an invaluable perspective on the role of economics in modern society, similar to the perspective offered by Max Weber’s work.

Recognizing the power of the Durkheimian approach, Durkheim and the Birth of Economic Sociology assesses the effect of this important thinker and his successors on one of the most active fields in contemporary sociology.

Philippe Steiner is professor of sociology at the Université Paris, Sorbonne. 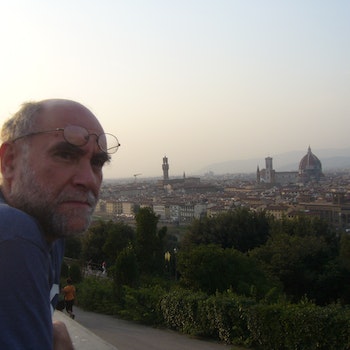 "In this intriguing, informative book, Steiner traces the development of Durkheim's economic sociology. He reveals multiple aspects of Durkheim's theoretical program and successfully demonstrates that Durkheim did not avoid economic analysts but rather shunned reductive analysis by constructing a holistic approach to economics, religion, and knowledge."—Choice

"Durkheim argued that modern industrial society led to the dissolution of the social bonds that render life meaningful. . . . Steiner develops this theme quite nicely, although with a degree of detail that will be of interest only to the historian and perhaps the philosopher."—Herbert Gintis, Economic Record

"A very well-documented book in the history of sociology which demonstrates the relevance of the Durkheimian sociological perspective for the understanding of the crisis of contemporary societies."—Marcel Fournier, Université de Montréal

"This is a first-rate study, scholarly and accessible, revealing a whole dimension of Durkheim's thought hitherto widely unrecognized, focusing on the role of social representations in economic behavior. Steiner lucidly expounds Durkheim's economic sociology and its development by Mauss, Halbwachs, and Simiand, and persuasively argues for its continuing relevance today."—Steven Lukes, New York University

"The scholarship in this book is extremely impressive. Steiner's arguments testify to his enormously detailed and creative reading of Durkheim and the Durkheimians. No other book exists on Durkheimian economic sociology, and I was impressed and delighted by this book's erudition and argument."—Richard Swedberg, Cornell University