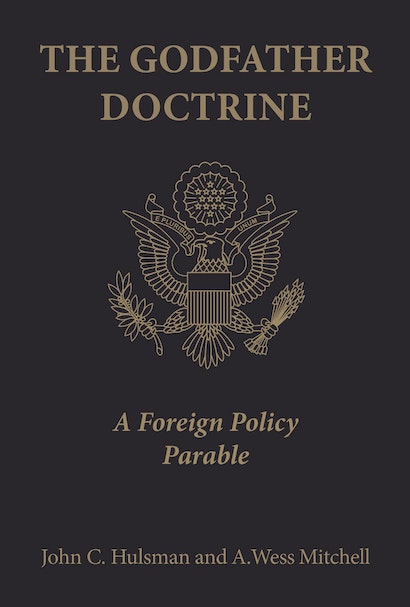 The Godfather Doctrine draws clear and essential lessons from perhaps the greatest Hollywood movie ever made to illustrate America’s changing geopolitical place in the world and how our country can best meet the momentous strategic challenges it faces.


In the movie The Godfather, Don Corleone, head of New York’s most powerful organized-crime family, is shockingly gunned down in broad daylight, leaving his sons Sonny and Michael, along with his adopted son, consigliere Tom Hagen, to chart a new course for the family. In The Godfather Doctrine, John Hulsman and Wess Mitchell show how the aging and wounded don is emblematic of cold-war American power on the decline in a new world where our enemies play by unfamiliar rules, and how the don’s heirs uncannily exemplify the three leading schools of American foreign policy today. Tom, the left-of-center liberal institutionalist, thinks the old rules still apply and that negotiation is the answer. Sonny is the Bush-era neocon who shoots first and asks questions later, proving an easy target for his enemies. Only Michael, the realist, has a sure feel for the changing scene, recognizing the need for flexible combinations of soft and hard power to keep the family strong and maintain its influence and security in a dangerous and rapidly changing world.


Based on Hulsman and Mitchell’s groundbreaking and widely debated article, “Pax Corleone,” The Godfather Doctrine explains for everyone why Francis Ford Coppola’s epic story about a Mafia dynasty holds key insights for ensuring America’s survival in the twenty-first century.

John C. Hulsman is the Alfred von Oppenheim Scholar in Residence at the German Council on Foreign Relations in Berlin. He is the coauthor, with Anatol Lieven, of Ethical Realism. A. Wess Mitchell is cofounder and director of research at the Center for European Policy Analysis (CEPA) in Washington, D.C. 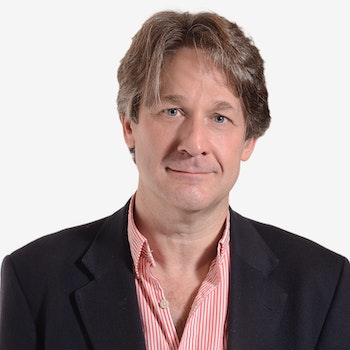 "In The Godfather, Mafia don Vito Corleone is shot down on the street by rivals, taken by surprise in a world where the rules have changed and a new course must be charted. Corleone's circumstances mirror the state of our nation and hold lessons for its future, according to the two international-relations experts who wrote The Godfather Doctrine, out this week. Co-authors John C. Hulsman and A. Wess Mitchell are a rare pair: entertaining and instructive."—Boston Globe

"Still, as much as I like The Godfather, I never thought of it as the guide to American foreign policy options in the 21st century. Fortunately, two other guys did. The Godfather has always been a joy to watch; however, given the present changes in the world's power structure, the movie becomes a startlingly useful metaphor for the strategic problems of our times. . . . [A] cute little book."—Kevin Horrigan, St. Louis Post-Dispatch

"If, as Emerson posited, events are 'in the saddle' and riding humankind, how do Obama and the Americans who turn their lonely eyes to him sort it all out in the world of globalization? Together. Emphatically. Through the untinted prism of realism. That's what the authors argue. The 'Pax Corleone' allegory, so imperfect and ironic, is their clever yet thought-provoking way of summoning us to become, pragmatically, our best selves. Dream City, Reality City—can they coexist, even ascend, in peace? For 10 recessionary bucks, The Godfather Doctrine forces us to think about how."—Gene Krzyzynski, Buffalo News

"It's a fun take on the basic issues of foreign policy."—Michael Maiello, Forbes.com

"It's more a sliver than an actual book (and literally the size of a passport), but The Godfather Doctrine by John C. Hulsman and A. Wess Mitchell is one of the best foreign-policy 'books' I've read in a long time. . . . They make a good argument, and The Godfather Doctrine is too much fun to be read only by policy wonks."—Martin Zimmerman, San Diego Union Tribune

"It would be easy to dismiss this book as a gimmick or a novelty were it not for two considerations: the prestige of its two authors and its unambiguous assertion of American decline."—Dennis Phillips, Australian Review of Public Affairs

"While the message of this work . . . is scarcely unique, its appearance and approach certainly are unusual. Made to resemble a US passport, this slim volume argues for a return to realism in US foreign policy by means of allegory based on the 1972 Francis Ford Coppola film The Godfather."—Choice

"When it comes to American statecraft, the imperative of the moment is to think anew. In that regard, John Hulsman and Wess Mitchell perform a dual service. They persuasively demonstrate just how tired the existing foreign policy debate has become. And their Godfather Doctrine offers an alternative that is as provocative as it is entertaining."—Andrew J. Bacevich, author of The Limits of Power: The End of American Exceptionalism

"[B]rilliant . . . full of insight and humor . . . about the debate between liberal institutionalists, neocons, and realists in foreign policy. And it's all about The Godfather, one of the greatest political movies of all time."—Andrew Sullivan, Atlantic Online

"A brilliant, compelling analysis. The core message of this book is that America's power is in decline. I agree with the authors that many if not most of the foreign-policy elite in Washington have not really accepted this fact. The Godfather Doctrine causes us to think about America's dwindling superpower status in an approachable and upbeat way, and enables us to consider the different options for addressing it."—Mitchell A. Orenstein, Paul H. Nitze School of Advanced International Studies, Johns Hopkins University

"This book makes an important contribution to the ongoing debate about U.S. foreign policy post-Bush. The use of the Godfather analogy is very effective—it works as an entertaining and accessible vehicle for laying out important doctrinal differences and the potential consequences of our foreign-policy choices."—Jeffrey J. Anderson, Georgetown University