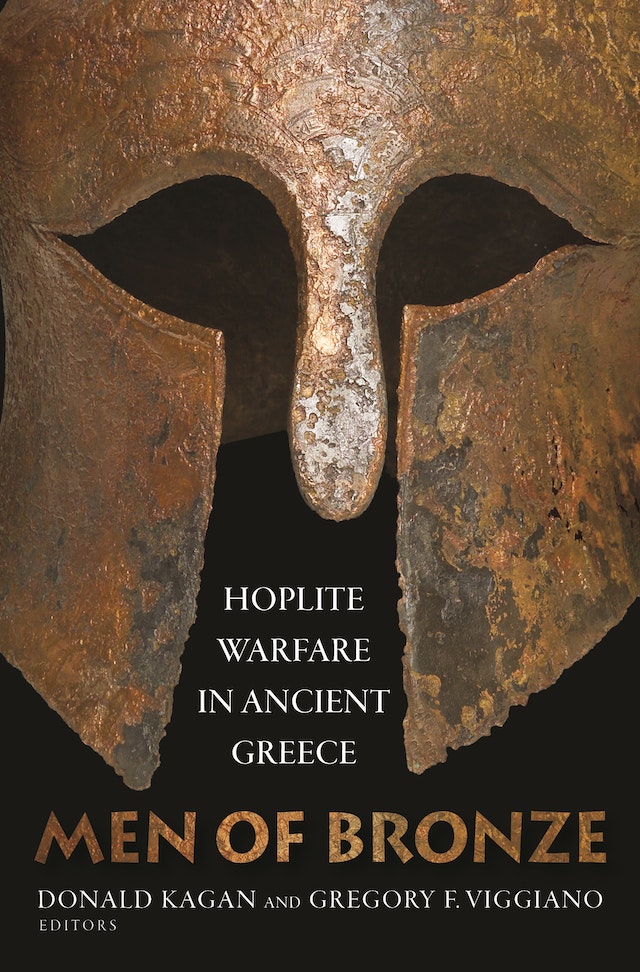 Men of Bronze takes up one of the most important and fiercely debated subjects in ancient history and classics: how did archaic Greek hoplites fight, and what role, if any, did hoplite warfare play in shaping the Greek polis? In the nineteenth century, George Grote argued that the phalanx battle formation of the hoplite farmer citizen-soldier was the driving force behind a revolution in Greek social, political, and cultural institutions. Throughout the twentieth century scholars developed and refined this grand hoplite narrative with the help of archaeology. But over the past thirty years scholars have criticized nearly every major tenet of this orthodoxy. Indeed, the revisionists have persuaded many specialists that the evidence demands a new interpretation of the hoplite narrative and a rewriting of early Greek history. Men of Bronze gathers leading scholars to advance the current debate and bring it to a broader audience of ancient historians, classicists, archaeologists, and general readers.

After explaining the historical context and significance of the hoplite question, the book assesses and pushes forward the debate over the traditional hoplite narrative and demonstrates why it is at a crucial turning point. Instead of reaching a consensus, the contributors have sharpened their differences, providing new evidence, explanations, and theories about the origin, nature, strategy, and tactics of the hoplite phalanx and its effect on Greek culture and the rise of the polis.

Donald Kagan is Sterling Professor of Classics and History at Yale University. His most recent books are The Peloponnesian War and Thucydides: The Reinvention of History. Gregory F. Viggiano is associate professor of history at Sacred Heart University in Fairfield, Connecticut. He and Kagan are the authors of Problems in the History of Ancient Greece.

"In no other work will readers find the foremost experts on Greek political and military history, including Paul Cartledge, Donald Kagan, Hans Van Wees, and Peter Krentz, together."—Choice

"This book is geared to presenting the parameters of the hoplite debate in the clearest possible terms, a goal in which it succeeds. Anyone charged with teaching about hoplite warfare and its role in Greek history, let alone anyone doing original research on the subject, will find this book useful and necessary."—Matthew A. Sears, Bryn Mawr Classical Review

"Men of Bronze carries the debate forward brilliantly and, in the process, illuminates many other facets of the archaic and classical Greek world."—William Shepherd, Anglo-Hellenic Review

"This is the new hoplite book everyone has been waiting for—punchy, stimulating, up-to-date, and full of excitement and contention, like a hoplite scrum."—John Ma, University of Oxford

"Controversies of great interest surround the topic of hoplite warfare and its connections to Greek society and culture. The scholars contributing to this excellent volume include some of the best in the world. The chapters present often-divergent views on crucial issues. Scholars of Greek military history, war and society, and archaic Greece will want to consult this important collection."—Peter Hunt, University of Colorado, Boulder