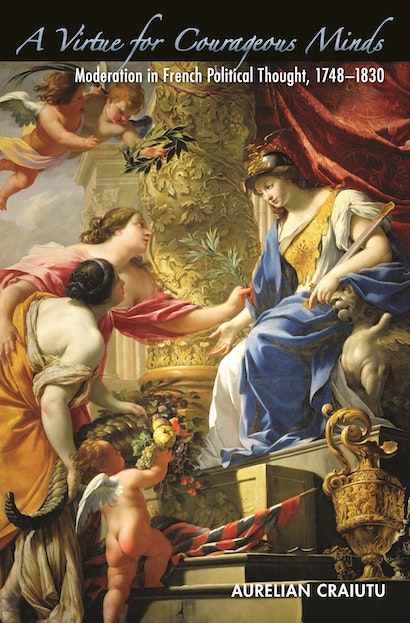 Political moderation is the touchstone of democracy, which could not function without compromise and bargaining, yet it is one of the most understudied concepts in political theory. How can we explain this striking paradox? Why do we often underestimate the virtue of moderation? Seeking to answer these questions, A Virtue for Courageous Minds examines moderation in modern French political thought and sheds light on the French Revolution and its legacy.


Aurelian Craiutu begins with classical thinkers who extolled the virtues of a moderate approach to politics, such as Aristotle and Cicero. He then shows how Montesquieu inaugurated the modern rebirth of this tradition by laying the intellectual foundations for moderate government. Craiutu looks at important figures such as Jacques Necker, Madame de Staël, and Benjamin Constant, not only in the context of revolutionary France but throughout Europe. He traces how moderation evolves from an individual moral virtue into a set of institutional arrangements calculated to protect individual liberty, and he explores the deep affinity between political moderation and constitutional complexity. Craiutu demonstrates how moderation navigates between political extremes, and he challenges the common notion that moderation is an essentially conservative virtue, stressing instead its eclectic nature.


Drawing on a broad range of writings in political theory, the history of political thought, philosophy, and law, A Virtue for Courageous Minds reveals how the virtue of political moderation can address the profound complexities of the world today.

Aurelian Craiutu is professor of political science at Indiana University, Bloomington. His publications include Liberalism under Siege: The Political Thought of the French Doctrinaires, Tocqueville on America after 1840: Letters and Other Writings (edited and translated with Jeremy Jennings), and America through European Eyes (edited with Jeffrey C. Issac). He has also edited the political works of François Guizot and Madame de Staël. 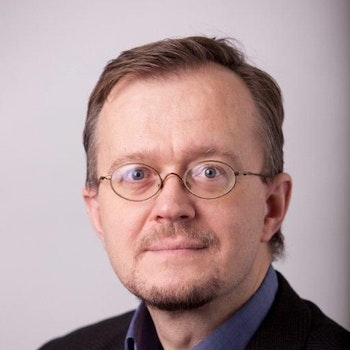 "Aurelian Craiutu's book is a fine study of a neglected subject. Unlike so many studies that, in our age of academic specialization, restrict themselves to limited time frames such as the Old Regime or the Revolution or Napoleon or the Restoration, Craiutu's book covers all of these. . . . Aurelian Craiutu has produced a well-researched and clearly written study of an important subject."—Harvey Chisick, American Historical Review

"For those looking for a spirited argument for the emergence of moderation as a formal body of thought in mid-eighteenth century France and a vigorous defense of moderation as a valid and sophisticated form of political thinking relevant even for the politics of contemporary America, this is your book."—William Olejniczak, H-France Review

"Craiutu's splendid study joins recent books by Harry Clor and Peter Berkowitz that recover appreciation for the moral, political, and philosophical venue of moderation. Clor and Berkowitz do not share Craiutu's emphasis on the indeterminacy of the political good, instead valuing the traditional ideals of the golden mean and the happy medium as indicating a higher path to justice. Such debate about moderation, and its import for a free politics, is a breath of fresh air in our public discourse."—Paul Carrese, Springer Science+Business Media

"Craiutu's . . . book will be read with interest, particularly as a contribution to the constitutional history of the period."—C. P. Courtney, French Studies

"[A] rich historical feast and fascinating interpretation of moderate French political thought . . . Craiutu provides us with in this wonderful book."—Benjamin Hill, Review of Metaphysics

"A cynic might say that moderation is too vague a concept to justify study. But Craiutu here has been able to use this concept, fluid as it is, to give a thought provoking treatment of a long chronological period, though with emphasis on the French ancien régime and the Revolution."—Christopher Guyver, European History Quarterly

"This book makes a significant contribution to the historiography of French political thought by filling an unfortunate and even somewhat bizarre gap in the scholarship. . . . This is a very useful and readable book, which provides a wealth of new and important information carefully and compellingly presented. Particularly interesting is Craiutu's focus on the moderates' constitutional thinking, and his underlining of both the complexity of their thought and the importance that this complexity held in their own views of politics. Professor Craiutu should be commend[ed] for not 'washing' away problems, ambivalences, and tensions in the thinkers he examines; he deals with them in a scholarly and balanced fashion, while also conveying his sympathy for them."—Helena Rosenblatt, French Politics, Culture & Society

"Craiutu's splendid study joins recent books by Harry Clor and Peter Berkowitz that recover appreciation for the moral, political, and philosophical virtue of moderation. Clor and Berkowitz do not share Craiutu's emphasis on the indeterminacy of the political good, instead valuing the traditional ideals of the golden mean and the happy medium as indicating a higher path to justice. Such debate about moderation, and its import for a free politics, is a breath of fresh air in our public discourse."—Paul Carrese, Society

"[A] spirited and stimulating book."—Michael Drolet, Perspectives on Politics

"A Virtue for Courageous Minds offers a rare opportunity for contemplating on the breadth and depth of the political centre that was born into the modernity at the foundational turning point of European history at the end of the long eighteenth century. . . .This book will inspire scholars to enter a field that has insufficiently treated the many aspects of moderation to date."—Minchul Kim, History of European Ideas

"Craiutu does a fine job of explaining how each thinker embraced and advocated political moderation in public debates in France. He also sets out an admirable case tying such a diverse group together."—Christian R. Donath, History of Political Thought

"Craiutu paints a beguiling portrait of the moderate as not only capable of sincere, even radical, political passion, but also as the champion of a distinct political program favoring institutional complexity, safeguards for individual liberty, and resistance to doctrinaire politics of every form. . . . If . . . the other forthcoming volumes come close to matching the scholarly achievements of A Virtue for Courageous Minds, then not only will they be well worth the wait, but Craiutu's desired rehabilitation of the moderate will be well under way."—Ross Carroll, Eighteenth Century Life

"It is rare in today’s academy for someone to dedicate the entirety of their work to an all encompassing project. Yet this is what Aurelian Craiutu, who grew up in Romania but now teaches politics at Indiana University, has done."—Hugo Drochon, Journal of Modern History

"Aurelian Craiutu has written a superb book. The lost virtue of moderation—what Tacitus called 'the most difficult lesson of wisdom'—has at last been given voice. It would be a nice irony if it took a group of French thinkers to teach contemporary Americans something about the value of political moderation and constitutional government. I hope this book will be widely read, especially by our elected officials."—Steven Smith, Yale University

"Moderation was one of the principal ideological tendencies in and after the revolution in France and one of the least studied. This is an original and excellent study of a much neglected subject."—Jonathan Israel, Institute for Advanced Study

"A meticulous, thoughtful, and instructive study. Craiutu shows how, in an immoderate time and place, a coherent politics of moderation emerged. It will be of great interest to historians and students of political philosophy alike."—David Bell, Princeton University

"This is an impeccable piece of scholarship written by one of this generation's leading experts on French political thought. Craiutu makes a bold claim for the crucial importance of a tradition of political moderation that has too readily been overlooked in the history of Western political thought. This is one of the most exhaustively documented and richly detailed works of intellectual history I've read in years."—Richard Boyd, Georgetown University

"France is generally thought to be a country of revolutions and extremes. A Virtue for Courageous Minds tells us that this picture has been very much exaggerated. France had a moderate and liberal tradition that was alive and well during the French Revolution and thereafter. Craiutu rescues from oblivion a group of very nuanced thinkers who were influential during their times but have been forgotten by history."—Helena Rosenblatt, City University of New York