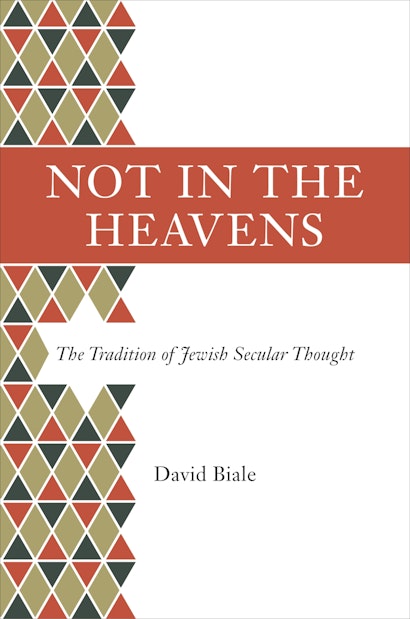 Not in the Heavens traces the rise of Jewish secularism through the visionary writers and thinkers who led its development. Spanning the rich history of Judaism from the Bible to today, David Biale shows how the secular tradition these visionaries created is a uniquely Jewish one, and how the emergence of Jewish secularism was not merely a response to modernity but arose from forces long at play within Judaism itself.

Biale explores how ancient Hebrew books like Job, Song of Songs, and Esther downplay or even exclude God altogether, and how Spinoza, inspired by medieval Jewish philosophy, recast the biblical God in the role of nature and stripped the Torah of its revelatory status to instead read scripture as a historical and cultural text. Biale examines the influential Jewish thinkers who followed in Spinoza’s secularizing footsteps, such as Salomon Maimon, Heinrich Heine, Sigmund Freud, and Albert Einstein. He tells the stories of those who also took their cues from medieval Jewish mysticism in their revolts against tradition, including Hayim Nahman Bialik, Gershom Scholem, and Franz Kafka. And he looks at Zionists like David Ben-Gurion and other secular political thinkers who recast Israel and the Bible in modern terms of race, nationalism, and the state.

Not in the Heavens demonstrates how these many Jewish paths to secularism were dependent, in complex and paradoxical ways, on the very religious traditions they were rejecting, and examines the legacy and meaning of Jewish secularism today.

David Biale is the Emanuel Ringelblum Professor of Jewish History at the University of California, Davis. His books include Blood and Belief: The Circulation of a Symbol between Jews and Christians and Eros and the Jews: From Biblical Israel to Contemporary America. 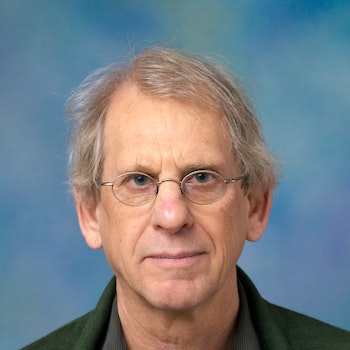 "There are not many contemporary Jewish scholars who could offer such succinct and at the same time penetrating analysis of such a variety of secular Jewish thinkers, writers, and artists. . . . David Biale's Not in the Heavens is a useful and fascinating account of the development of modern, secular alternatives. In demonstrating the variety and depth of modern secular thought, Biale has no doubt advanced our appreciation of this formidable tradition. As an introduction to modern Jewish thought in general, and Jewish secularism in particular, his book is likely to be required reading for the foreseeable future."—Steven Frankel, H-Net Reviews

"While readers may have been exposed to many of the ideas presented here, they may not be aware of their origins. For that reason, the book is a significant contribution to Jewish scholarship in many disciplines, most notably history and philosophy. While the text is serious, it is not ponderous, and the author takes time to explain the concepts. It should be purchased by academic libraries. The book should also be of interest to serious lay readers, and is recommended for larger synagogue libraries. Includes notes and index."—Fred Isaac, AJL Newsletter

"Biale covers a wide range of figures and the diverse approaches to secularism that stand behind modern modes of Jewish identification. This is a well-researched, cogently argued, and clearly presented volume."—Choice

"In this stimulating and original book. . . . Biale's genealogical investigation uncovers a wealth of connections between ideas espoused by a varied group of Jewish scholars, thinkers, and artists."—Robert M. Seltzer, Studies in Contemporary Jewry

"Not in the Heavens offers a lucid and superbly informed overview of the major currents of secularization in modern Jewish thought. Its particular originality is in its persuasive demonstration of the roots of these trends in aspects of Jewish religious philosophy that go back to the medieval period and the Enlightenment."—Robert Alter, University of California, Berkeley

"Although religious Jews have always anticipated spending 'next year in Jerusalem,' others have preferred to tarry, as it were, 'this year in Tel Aviv,' the symbolic capital of secular Jewry. This is their story, told by a master Jewish historian with erudition, sympathy, and full awareness of the ironies that tie both destinations—and the destinies of religious and secular Jews—inextricably together."—Martin Jay, University of California, Berkeley

"A rich and engaging work on the tradition of secular Jewish thought. Weaving together historical narrative and textual analysis, theology and philosophy, scripture and interpretation, and political theory and cultural criticism, Biale offers a provocative rethinking of Judaism's relation to the secular. Not in the Heavens is the most exhaustive and sustained discussion of Jewish secularism that I have read."—Jerome E. Copulsky, Goucher College

"This is an excellent book. Biale provides an entirely new synthesis of a largely untouched subject. No one has previously attempted to discuss secular thinking as a separate phenomenon in modern Jewish life. This book, while accessible and aimed at a general audience, is also a major contribution to Jewish studies."—David Sorkin, author of The Religious Enlightenment: Protestants, Jews, and Catholics from London to Vienna