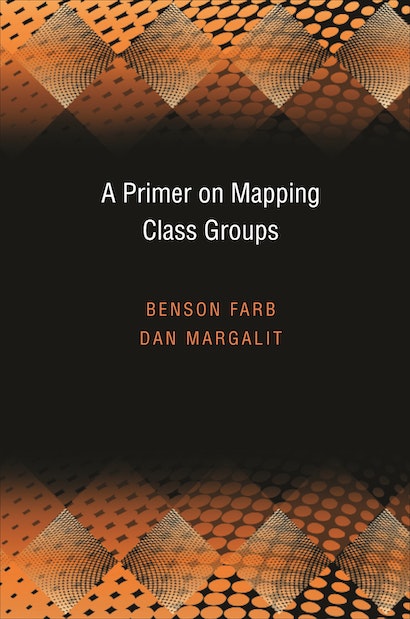 The study of the mapping class group Mod(S) is a classical topic that is experiencing a renaissance. It lies at the juncture of geometry, topology, and group theory. This book explains as many important theorems, examples, and techniques as possible, quickly and directly, while at the same time giving full details and keeping the text nearly self-contained. The book is suitable for graduate students.

A Primer on Mapping Class Groups begins by explaining the main group-theoretical properties of Mod(S), from finite generation by Dehn twists and low-dimensional homology to the Dehn-Nielsen-Baer theorem. Along the way, central objects and tools are introduced, such as the Birman exact sequence, the complex of curves, the braid group, the symplectic representation, and the Torelli group. The book then introduces Teichmüller space and its geometry, and uses the action of Mod(S) on it to prove the Nielsen-Thurston classification of surface homeomorphisms. Topics include the topology of the moduli space of Riemann surfaces, the connection with surface bundles, pseudo-Anosov theory, and Thurston’s approach to the classification.

"It is clear that a lot of care has been taken in the production of this book, something that indicates the authors' love for the subject. This book should now become the standard text for the subject."—Stephen P Humphries, Mathematical Reviews

"[T]his is a very pleasant and appealing book and it is an excellent reference for any reader willing to learn about this fascinating part of mathematics."—Raquel Díaz, Álvaro Martínez, European Mathematical Society