One of the world's leading political thinkers explores the history, nature, and prospects of the liberal tradition 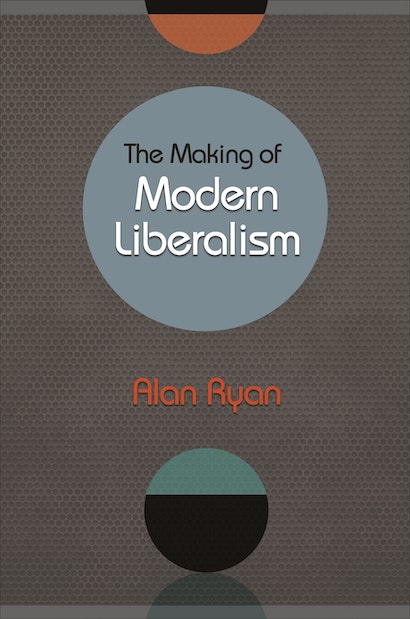 The Making of Modern Liberalism is a deep and wide-ranging exploration of the origins and nature of liberalism from the Enlightenment through its triumphs and setbacks in the twentieth century and beyond. The book is the fruit of the more than four decades during which Alan Ryan, one of the world’s leading political thinkers, reflected on the past of the liberal tradition—and worried about its future.

This is essential reading for anyone interested in political theory or the history of liberalism.

Alan Ryan, the former warden of New College, Oxford, has taught political theory at Oxford and Princeton since 1969. His books include The Philosophy of John Stuart Mill, Bertrand Russell: A Political Life, John Dewey and the High Tide of American Liberalism, and Liberal Anxieties and Liberal Education. 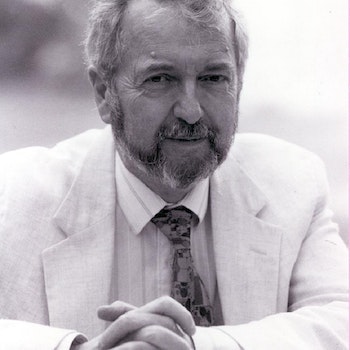 "A magisterial volume. . . . It will appeal to specialists on particular thinkers and topics or to those interested in the trajectory of the liberal tradition inaugurated by Hobbes and Locke."—Jeremy Waldron, New York Review of Books

"By choosing to consider the rich interface between liberalism and philosophy (rather than, say, sociology or party organisation), Ryan has opened up a vast and exciting field for exploration and debate. The reader will find not only discussion of the manifold contributions of the great philosophers (biographical details where appropriate and available) but also insights into the deeper essence of liberalism as it developed through the centuries. Reference to the changing historical context allows liberalism not only to be confronted with other philosophies, from communitarianism to guild socialism, but also to be seen in the broader context of the times that produced it."—Roger Morgan, Times Literary Supplement

"There is a sense . . . of closing argument in The Making of Modern Liberalism, a lifetime of reflection now curated around themes and key thinkers. It is a formidable body of work, testament both to its inquisitive author and the scholarly institutions that have supported long and productive years of scholarship. It is the contribution of someone who takes liberalism to heart—opening his own work for careful scrutiny, and inviting the debate to continue."—Glyn Davis, Australian Book Review

"Alan Ryan is not only among the most significant political philosophers working today, he is also one of the most exciting."—Troy Jollimore, Philosophers' Magazine

"Spanning more than 45 years of scholarship, this collection of 33 articles, book chapters, and essays by political theorist Alan Ryan is an intellectual feast. His seemingly effortless conversational style places the leading figures of liberal political thought in intricate patterns of dialogue. . . . Ryan avoids the twin conceits of both hyper-historicism and hyper-textualism by deftly weaving biography, formal philosophy, economics, and political theory into compelling justifications for personal and political freedom. Specialists will marvel at the ease with which close reading and current scholarship pervade his analyses. Generalists will appreciate how accessibly Ryan's intricately structured arguments unfold. Those who read for sheer intellectual joy will especially like the chapters on culture and anxiety, the liberal community, and liberal imperialism, and will enjoy the subtle humor of the essay on Bertrand Russell's politics. The collection itself becomes an intellectual autobiography that keeps alive and advances the mind and the project of modern liberalism."—Choice

"This book will appeal to anyone with an interest in liberalism. It will be of interest primarily to political theorists who are concerned with philosophical discussions of liberalism, and its application to contemporary problems. However, historians of political thought, particularly those with an interest in Hobbes and Mill, will also find much of interest. This is a challenging and thought-provoking collection of essays, which are a testament to Ryan's wide knowledge and deep understanding of his subject."—Daniel Duggan, Marx & Philosophy Review of Books

"Ryan himself has certainly contributed to the making of modern liberal and utilitarian thought. Scholars who study these subjects in either historical or contemporary variants will welcome this collection of his stimulating interpretations."—Amy R. McCready, Review of Politics

"An easier read than one might expect, and likely to become a staple on university reading lists for some time, it will not be lost on modern Liberals to flick through it and devour a few of the essays that take their fancy."—Stewart Rayment, Liberator

"Alan Ryan's magisterial standing in political theory is already well known, but this book—a wonderful array of learned, insightful, historical discussions—puts his mastery beyond doubt. And it is massively more than the sum of its parts. It is just what the title promises: an authoritative, comprehensive, multifaceted, and strikingly intelligent account of the rise of the liberal tradition."—Jeremy Waldron, University of Oxford

"These essays are at once a history, a tapestry, and a trenchant defense of liberalism at its best. They have been crafted by one of our generation's most fertile political minds. Alan Ryan's intellectual odyssey is both captivating and compelling."—Ian Shapiro, author of The Real World of Democratic Theory

"Alan Ryan in this impressive work lights up the vast field of liberalism. He presents an accumulation of beautifully formulated ideas and leaves us with an enhanced knowledge of the depths, complexities, and richness of liberalism. His style is both vigorous and elegant, and his prowess as an interpreter is formidable. This is an invaluable book."—George Kateb, author of Patriotism and Other Mistakes

"In The Making of Modern Liberalism, Alan Ryan sheds new light on key thinkers in the Western political tradition and presents his own liberal perspective on political affairs. Ryan's work shines with insight and intelligence. No one can read this book without being provoked to self-reflection, disagreement, and counterargument—precisely what's needed in a great work of political theory."—Glyn Morgan, Syracuse University