A sophisticated introduction to how astronomers identify, observe, and understand black holes 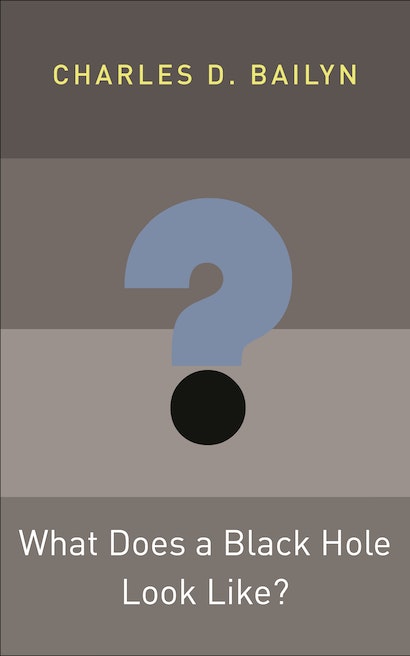 Emitting no radiation or any other kind of information, black holes mark the edge of the universe—both physically and in our scientific understanding. Yet astronomers have found clear evidence for the existence of black holes, employing the same tools and techniques used to explore other celestial objects. In this sophisticated introduction, leading astronomer Charles Bailyn goes behind the theory and physics of black holes to describe how astronomers are observing these enigmatic objects and developing a remarkably detailed picture of what they look like and how they interact with their surroundings.

Accessible to undergraduates and others with some knowledge of introductory college-level physics, this book presents the techniques used to identify and measure the mass and spin of celestial black holes. These key measurements demonstrate the existence of two kinds of black holes, those with masses a few times that of a typical star, and those with masses comparable to whole galaxies—supermassive black holes. The book provides a detailed account of the nature, formation, and growth of both kinds of black holes. The book also describes the possibility of observing theoretically predicted phenomena such as gravitational waves, wormholes, and Hawking radiation.

A cutting-edge introduction to a subject that was once on the border between physics and science fiction, this book shows how black holes are becoming routine objects of empirical scientific study.

Charles D. Bailyn is the A. Bartlett Giamatti Professor of Astronomy and Physics at Yale University. He is currently serving as dean of faculty at Yale-NUS College in Singapore. He was awarded the 2009 Bruno Rossi Prize from the American Astronomical Society for his work on measuring the masses of black holes.

"This book goes straight to the heart of astronomical intuition and evidence about black holes. Written in a highly accessible style, it provides enough information to educate an undergraduate astronomy or physics major without going into the many details required in a graduate class. I think students will greatly enjoy this book and derive significant insight from it."—Coleman Miller, University of Maryland, College Park