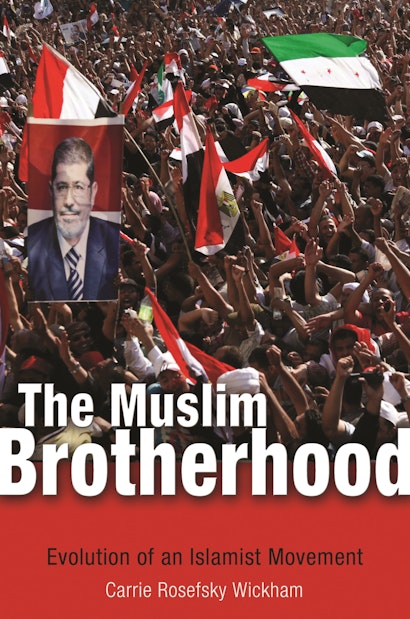 The Muslim Brotherhood has achieved a level of influence nearly unimaginable before the Arab Spring. The Brotherhood was the resounding victor in Egypt’s 2011-2012 parliamentary elections, and six months later, a leader of the group was elected president. Yet the implications of the Brotherhood’s rising power for the future of democratic governance, peace, and stability in the region is open to dispute. Drawing on more than one hundred in-depth interviews as well as Arabic language sources not previously accessed by Western researchers, Carrie Rosefsky Wickham traces the evolution of the Muslim Brotherhood in Egypt from its founding in 1928 to the fall of Mubarak and the watershed elections of 2011-2012. Further, she compares the Brotherhood’s trajectory with those of mainstream Islamist groups in Jordan, Kuwait, and Morocco, revealing a wider pattern of change. Wickham highlights the internal divisions of such groups and explores the shifting balance of power among them. She shows that they are not proceeding along a linear path toward greater moderation. Rather, their course has been marked by profound tensions and contradictions, yielding hybrid agendas in which newly embraced themes of freedom and democracy coexist uneasily with illiberal concepts of Shari’a carried over from the past. Highlighting elements of movement continuity and change, and demonstrating that shifts in Islamist worldviews, goals, and strategies are not the result of a single strand of cause and effect, Wickham provides a systematic, fine-grained account of Islamist group evolution in Egypt and the wider Arab world.

"Given Egypt's crucial position as the Arab world's most populous nation, it is especially welcome that Emory University's Carrie Rosefsky Wickham, has written The Muslim Brotherhood, an accessible and informative analysis of one of the most important and perhaps most misunderstood political organizations in the Middle East. . . . Wickham's book provides a fascinating historical account of the Muslim Brotherhood and its development over the decades."—Matthew Feeney, American Conservative