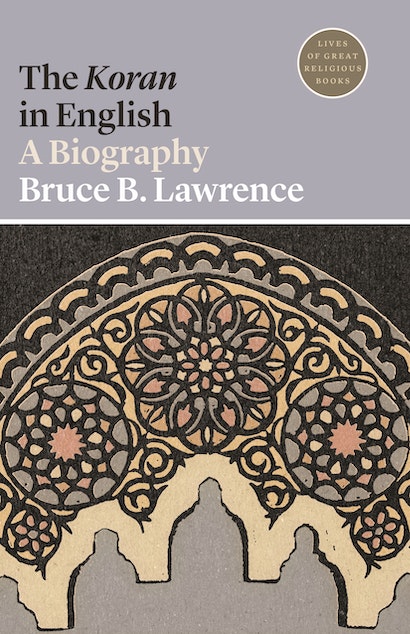 For millions of Muslims, the Qur’an is sacred only in Arabic, the original Arabic in which it was revealed to the Prophet Muhammad in the seventh century. To many Arab and non-Arab believers alike, the book literally defies translation, yet English translations are growing in both number and importance. Bruce Lawrence tells the remarkable story of the centuries-long quest to translate the Qur’an’s lyrical verses—and to make English itself an Islamic language. A translation saga like no other, this panoramic book looks at cyber Korans, versions by feminist translators, and even a graphic Qur’an by the acclaimed visual artist Sandow Birk.

Bruce B. Lawrence is the Nancy and Jeffrey Marcus Humanities Professor Emeritus of Religion at Duke University. His many books include Who Is Allah?; New Faiths, Old Fears: Muslims and Other Asian Immigrants in American Religious Life; and Shattering the Myth: Islam beyond Violence (Princeton).

"Elegantly written. . . . There seems to be no translation of the Qur'an, whether published, unpublished, or virtual, that Lawrence has not examined."—Eric Ormsby, Times Literary Supplement

"As informative as it is fascinating."—Jack Miles, Los Angeles Review of Books