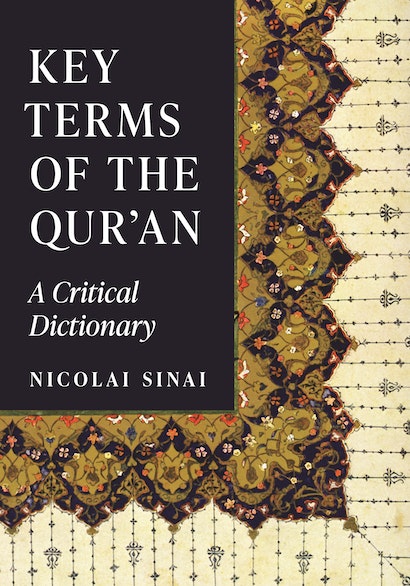 This book provides detailed and multidisciplinary coverage of a wealth of key Qur’anic terms, with incisive entries on crucial expressions ranging from the divine names allāh (“God”) and al-raḥmān (“the Merciful”) to the Qur’anic understanding of belief and self-surrender to God. It examines what the terms mean in Qur’anic usage, discusses how to translate them into English, and delineates the role they play in expressing the Qur’an’s distinctive understanding of God, humans, and the cosmos. It offers a comprehensive but nonreductionist investigation of the relationship of Qur’anic terms to earlier traditions such as Jewish and Christian literature, pre-Islamic Arabic poetry, and Arabian epigraphy. While the dictionary is primarily engaged in ascertaining what the Qur’an would have meant to its original recipients in late antique Arabia, it makes selective and critical use of later Muslim scholarship alongside an extensive body of secondary research in English, German, and French from the nineteenth century to today.

Nicolai Sinai is professor of Islamic studies at the University of Oxford and a fellow of Pembroke College. His books include The Qur’an: A Historical-Critical Introduction and Rain-Giver, Bone-Breaker, Score-Settler: Allāh in Pre-Quranic Poetry.

“This is a brilliantly conceived book that productively meshes the lexical, technical, and analytical dimensions of Qur’anic terms. Penned by a highly credentialed Qur’an scholar, this reference work will become a staple in the field of Islamic studies and beyond, for graduates and undergraduates alike.”—Wael B. Hallaq, author of Restating Orientalism: A Critique of Modern Knowledge

“To have at hand a reference work of this kind—an interpretative dictionary—will make life much easier for anyone who works in Islamic studies. These entries are erudite, balanced, and insightful, and they pull together a lot of secondary literature and findings from obscure corners of the field.”—Michael Cook, author of Ancient Religions, Modern Politics: The Islamic Case in Comparative Perspective

“A major contribution to the academic study of the Qur’an. Sinai provides a careful examination of the Qur’anic lexicon while engaging with a broad spectrum of historical research on the Qur’anic text and its late antique context.”—Ahmad Al-Jallad, author of The Religion and Rituals of the Nomads of Pre-Islamic Arabia