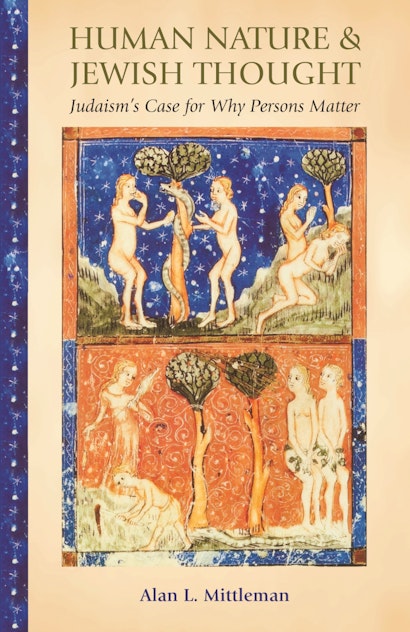 This book explores one of the great questions of our time: How can we preserve our sense of what it means to be a person while at the same time accepting what science tells us to be true—namely, that human nature is continuous with the rest of nature? What, in other words, does it mean to be a person in a world of things? Alan Mittleman shows how the Jewish tradition provides rich ways of understanding human nature and personhood that preserve human dignity and distinction in a world of neuroscience, evolutionary biology, biotechnology, and pervasive scientism. These ancient resources can speak to Jewish, non-Jewish, and secular readers alike.

Science may tell us what we are, Mittleman says, but it cannot tell us who we are, how we should live, or why we matter. Traditional Jewish thought, in open-minded dialogue with contemporary scientific perspectives, can help us answer these questions. Mittleman shows how, using sources ranging across the Jewish tradition, from the Hebrew Bible and the Talmud to more than a millennium of Jewish philosophy. Among the many subjects the book addresses are sexuality, birth and death, violence and evil, moral agency, and politics and economics. Throughout, Mittleman demonstrates how Jewish tradition brings new perspectives to—and challenges many current assumptions about—these central aspects of human nature.

A study of human nature in Jewish thought and an original contribution to Jewish philosophy, this is a book for anyone interested in what it means to be human in a scientific age.

Alan L. Mittleman is professor of modern Jewish thought at the Jewish Theological Seminary. His books include A Short History of Jewish Ethics and Hope in a Democratic Age. 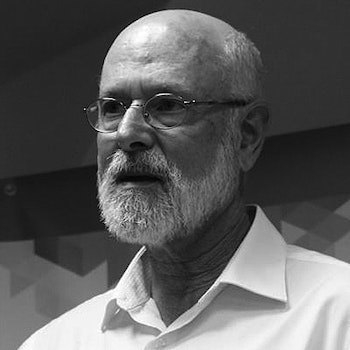 "This concise and accessible exploration of personhood and its moral and spiritual implications will appeal to religious and secular thinkers, Jewish or otherwise."—Publisher's Weekly

"Though this content is dense, Mittleman conveys it with astonishing vivacity and nearly no philosophical jargon, producing a compelling, cogent rejoinder to the New Atheists that saves the baby—science—while dumping the bathwater—scientism—of antimetaphysical debates."—Booklist

"Every so often . . . a book comes along which deals with an important philosophical concept and is written in a style that is at once academically rigorous and accessible to the non-philosophers among us. Human Nature & Jewish Thought is such a volume, thanks to Alan L. Mittleman's lucid writing and clear articulation of his positions."—Jewish Book Council

"[P]rovocative and compelling. . . . This deeply insightful and readable volume exemplifies how, even in a scientific age, religious writings—in this case, the sources of Judaism—have much to add to contemporary philosophical and scientific debate."—Choice

"Mittleman presents an erudite and elegant brief for human dignity. . . . This passionate and evocative book illustrates some of the challenges confronting projects to introduce Jewish texts into Western philosophical discourse."—Julie E. Cooper, Review of Politics

"The book remains a thoughtful study and a masterful demonstration of how traditional Jewish sources may be rendered accessible and brought to bear on enduring questions of meaning."—Ariel Evan Mayse, Religious Studies Review

"This book is lucid, deeply erudite, and significant. In bringing Jewish sources into conversation with contemporary scientific claims about human nature, Alan Mittleman makes a strong and lively argument for the enduring centrality of human dignity, the profound possibilities of human life, and the importance of considering Jewish voices in ongoing debates about human nature. Anyone interested in Jewish thought, what it means to be human, or both, will benefit and learn a great deal from this wonderful work."—Leora F. Batnitzky, Princeton University

"Human Nature & Jewish Thought is a personal, humane, and nuanced defense of the importance of our moral lives to what it means to be a human being, a defense that does complete justice to recent philosophical and scientific contributions yet is marked by a firm control of classical, medieval, and contemporary Jewish sources. Alan Mittleman writes with grace and intelligence. This is a wonderful example of how to write Jewishly and philosophically about central puzzles and problems that face us all."—Michael L. Morgan, University of Toronto

"An eloquent, tightly written, and insightful reflection on the meaning of being human, Alan Mittleman's book bridges the gap between traditional Jewish accounts of human nature and contemporary philosophy, science, and social theory. His philosophically informed defense of personhood is an important contribution to the debate about human dignity in our technological age."—Hava Tirosh-Samuelson, Arizona State University

"Alan Mittleman, an outstanding contributor to philosophically serious Jewish thought, builds a solid structure of deeply spiritual but always open-eyed reflections. He invites readers on an intellectual journey that confronts and deflates many idols of the age with reasoned argument informed by Jewish tradition, without appeal to authority or blind, reactive romanticism."—Lenn Goodman, Vanderbilt University