The most authoritative illustrated book on flying reptiles available 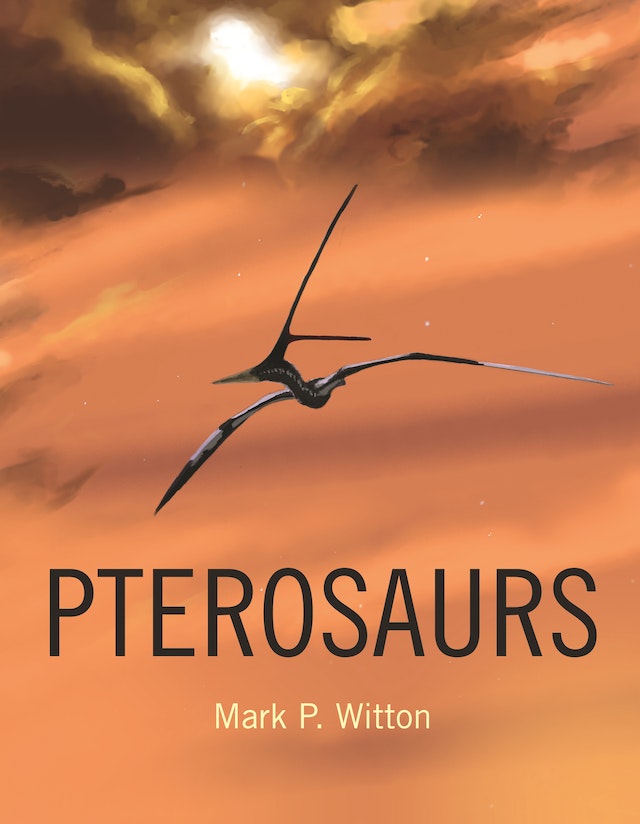 For 150 million years, the skies didn’t belong to birds—they belonged to the pterosaurs. These flying reptiles, which include the pterodactyls, shared the world with the nonavian dinosaurs until their extinction 65 million years ago. Some pterosaurs, such as the giant azhdarchids, were the largest flying animals of all time, with wingspans exceeding thirty feet and standing heights comparable to modern giraffes. This richly illustrated book takes an unprecedented look at these astonishing creatures, presenting the latest findings on their anatomy, ecology, and extinction.

Pterosaurs features some 200 stunning illustrations, including original paintings by Mark Witton and photos of rarely seen fossils. After decades of mystery, paleontologists have finally begun to understand how pterosaurs are related to other reptiles, how they functioned as living animals, and, despite dwarfing all other flying animals, how they managed to become airborne. Here you can explore the fossil evidence of pterosaur behavior and ecology, learn about the skeletal and soft-tissue anatomy of pterosaurs, and consider the newest theories about their cryptic origins. This one-of-a-kind book covers the discovery history, paleobiogeography, anatomy, and behaviors of more than 130 species of pterosaur, and also discusses their demise at the end of the Mesozoic.

Mark P. Witton is a paleontologist in the School of Earth and Environmental Sciences at the University of Portsmouth. He has served as a technical consultant for Walking with Dinosaurs 3D and many other film and television productions. His illustrations of pterosaurs, dinosaurs, and other prehistoric creatures have appeared in numerous publications, including Science and newspapers around the world.

"This book is both academically interesting and truly fun to read. That is a difficult balance to reach, but Witton does an excellent job of it by using a lighthearted, informal writing style in combination with a well-referenced, serious scientific review. An invaluable reference."—Michael Habib, University of Southern California