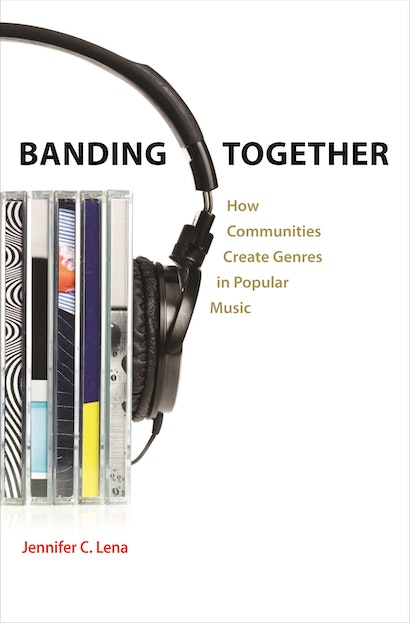 Why do some music styles gain mass popularity while others thrive in small niches? Banding Together explores this question and reveals the attributes that together explain the growth of twentieth-century American popular music. Drawing on a vast array of examples from sixty musical styles — ranging from rap and bluegrass to death metal and South Texas polka, and including several created outside the United States — Jennifer Lena uncovers the shared grammar that allows us to understand the cultural language and evolution of popular music.


What are the common economic, organizational, ideological, and aesthetic traits among contemporary genres? Do genres follow patterns in their development? Lena discovers four dominant forms — Avant-garde, Scene-based, Industry-based, and Traditionalist — and two dominant trajectories that describe how American pop music genres develop. Outside the United States there exists a fifth form: the Government-purposed genre, which she examines in the music of China, Serbia, Nigeria, and Chile. Offering a rare analysis of how music communities operate, she looks at the shared obstacles and opportunities creative people face and reveals the ways in which people collaborate around ideas, artworks, individuals, and organizations that support their work. 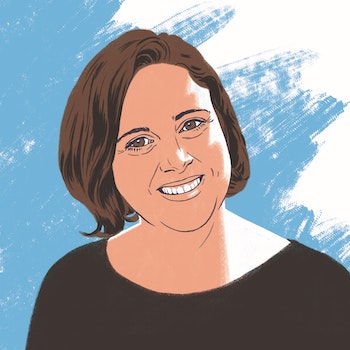 "Banding Together is an essential read for fans of popular music, thanks in no small part to Lena's wealth of music knowledge, as the book draws together the studies of music communities and music genres into a coherent whole."—Martin James, Times Literary Supplement

"This book should be required reading for anyone interested in the role of music—all music—in culture. Although Lena's focus is on the rise of 20th-century American popular idioms, the questions she asks are appropriate for and applicable to a number of significant canons. . . . A significant contribution to the literature."—Choice

"Sociologists of music, as well as musical practitioners and fans, will find in Banding Together an engaging story about the commonalities shared by a variety of musical genres, despite their inherent stylistic differences. Through its wealth of examples, the book puts flesh on the otherwise counterintuitive contention that artistic creativity is a collective endeavor. Yet it goes beyond this well-established sociological observation to demonstrate how these musical art-worlds share a strikingly unified developmental grammar."—Amir Goldberg, American Journal of Sociology

"Lena demonstrates a remarkable scope of knowledge in American popular music. Integrating it with a wide research body in cultural sociology, she delivers a delightful reading for sociologists who are popular music fans. The clear analysis, rich examples and insightful observations should make this book a staple in music sociology and indeed in cultural sociology as a whole."—Motti Regev, Sociologica

"Jennifer Lena's Banding Together unleashes a fierce and exacting take on the scattered and freewheeling territory of music, offering a soothing order to the wild scufflings of performers and fans alike, and inspiring a smarter, more forthright think on a crazy untrammeled scene. In other words, it has a beat and you can dance to it."—Daniel Handler, aka Lemony Snicket and accordionist with The Magnetic Fields

"With the world of rap as its entry point, Banding Together presents important and fresh insight into the way art is categorized in society. Jennifer Lena gives readers a smart, well-researched look at interaction and meaning in communities of music makers that will deepen our understanding of race, corporate power, identity, and social stratification."—Bill Ivey, director of the Curb Center at Vanderbilt University, former chairman of the National Endowment for the Arts, and two-time chairman of the board of the National Academy of Recording Arts & Sciences

"Banding Together is an original account of twentieth-century American musical styles and a thoroughly fascinating read. Through careful listening and shrewd analysis, Jennifer Lena identifies the subtle distinctions between different musical genres and the groups that produce them, as well as the surprising similarities in the behavior of their fans. The result is an intellectually exciting variation on a key theme in cultural studies, and a major contribution to the sociology of music."—Eric M. Klinenberg, New York University

"Bringing together a rigorous formal approach and a dazzling mastery of a wealth of substantive cases, Lena creates a theory of the natural history of musical genres: how the social constellations that carry new styles are born, develop, mutate, and die. This innovative work is a must-read for all students of culture."—John Levi Martin, author of Social Structures

"Ambitiously analyzing sixty musical styles and hundreds of music histories, Lena presents a strikingly coherent and convincing new theory of sociocultural classification. Impressive in its insights and methodological approach to multigenre categorization, Banding Together is the rare book that enlightens and opens up new important questions for scholars and music aficionados."—Damon Phillips, University of Chicago

"Guiding readers on an unparalleled tour of how contemporary music is subdivided, Lena's engaging book takes us deep into several genres and gives us a sense of the vast stylistic landscape. It should be required reading for any sociologist who is serious about understanding cultural classification."—Ezra Zuckerman, Massachusetts Institute of Technology

"With a considerable command of musical and historical materials, this engaging book finds commonalities in how musical genres operate and evolve. It shows how genres are shaped tremendously by the context in which they are based and describes their impressive range in the United States and beyond."—Timothy J. Dowd, Emory University

"A pioneering work about musical genres, Banding Together is the first book to make an argument for their different dimensions and forms, and the factors that influence their evolution. This is a clear contribution to the study of American musical history."—Shyon Baumann, University of Toronto