A colorful, comprehensive, and authoritative account of Machiavelli's life and thought 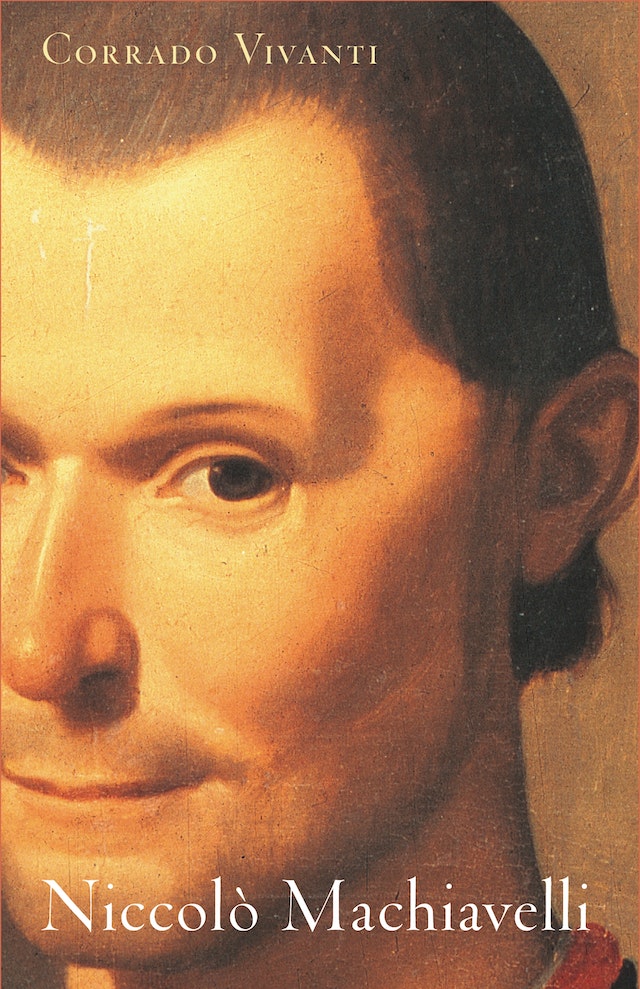 This is a colorful, comprehensive, and authoritative introduction to the life and work of the author of The Prince — Florentine statesman, writer, and political philosopher Niccolò Machiavelli (1469-1527). Corrado Vivanti, who was one of the world’s leading Machiavelli scholars, provides an unparalleled intellectual biography that demonstrates the close connections between Machiavelli’s thought and his changing fortunes during the tumultuous Florentine republic and his subsequent exile. Vivanti’s concise account covers not only Machiavelli’s most famous works — The Prince, The Discourses, The Florentine Histories, and The Art of War — but also his letters, poetry, and comic dramas. While setting Machiavelli’s life against a dramatic backdrop of war, crisis, and diplomatic intrigue, the book also paints a vivid human portrait of the man.

Vivanti’s narrative breaks Machiavelli’s life into three parts: his career in a variety of government and diplomatic posts in the Florentine republic between 1494 and 1512, when the Medici returned from exile, seized power, and removed Machiavelli from office; the pivotal first part of his subsequent exile, when he formulated his most influential ideas and wrote The Prince; and the final decade of his life, when, having returned to Florence, he wrote The Art of War, The Florentine Histories, the satirical play The Mandrake, and other works. Along the way, the biography presents unmatched accounts of many intensely debated topics, including the precise nature of Machiavelli’s cultural and intellectual background, his republicanism, his political and personal relationship to the Medici, and his ideas about religion.

Corrado Vivanti (1928-2012) was an emeritus professor of history, having taught at the universities of Rome, Turin, and Perugia. He was the editor of the standard edition of the complete works of Machiavelli.

"Sensible and useful. . . . [Vivanti] sets forth the greatness of Machiavelli, not as a figure of his time, the Renaissance, but as a founder of modernity."—Harvey C. Mansfield, Wall Street Journal

"Students well versed in the classics, the historian's vast writings and medieval history will most enjoy this academic biography."—Kirkus Reviews

"[T]his graceful and informative biography should win many readers and is a welcome addition to Machiavelli scholarship. . . . [R]ecommended for all scholarly collections."—Library Journal

"Paints a complex picture of the circumstances that shaped the man whose name became synonymous with political cunning."—Karl Kunkel, ForeWord Reviews

"[E]xcellent, and accessible to anyone interested in finding out more about Machiavelli."—Jonathan Powell, Prospect

"Vivanti offers a comprehensive analysis of the thought of Machiavelli situated against the backdrop of political and biographical developments in the early 16th century. . . . Few writers possess better qualifications to write this study."—Choice

"Niccolo Machiavelli: An Intellectual Biography will appeal to a wide audience, since the style is easy-to-read and the content broad but focused. Anyone interested in this period of history (15th and 16th century Europe) or political philosophy will find Vivanti's work a useful guide and a stimulating read."—Economics and Philosophy Blogspot

"Corrado Vivanti's learned intellectual biography reinforces [an] image of Machiavelli as a misunderstood forerunner of the Italian Risorgimento, calling for the redemption of Italian republicanism four centuries before the final reunification of the Italian states."—Michael Ignatieff, The Atlantic

"Corrado Vivanti's intellectual biography is a masterful piece of scholarly writing and a fine corollary to the author's long commitment to the world of Machiavelli studies. . . . [T]his translation of Vivanti's study nicely displays the liveliness and intensity of Machiavelli's thought in the context of a changing European world. . . . Niccolò Machiavelli: An Intellectual Biography [is] a work for posterity."—Mauricio Suchowlansky, Renaissance and Reformation

"[A] fine exposition of Machiavelli's life and works."—Vickie B. Sullivan, The Historian

"A remarkable contribution to the English-language literature on the thought and life of the Florentine secretary. Vivanti is the editor and annotator of the three volume complete works of Machiavelli, Opere (Milan 1997-2005). An outgrowth of this earlier work, it weaves into a seamless narrative the notes, commentary and critical introductions that Vivanti brought to the Opere."—Bendetto Fontana, European History Quarterly

"[T]his is a very dramatic, exciting, interesting, informative and thorough yet brief enough to read at-leisure biography that I recommend to those interested in intrigue and philosophy as well as scholars of the history."—Anna Faktorovich, Pennsylvania Literary Review

"I cannot imagine a work on Machiavelli that would benefit readers more than this extremely valuable book. Vivanti, who was one of the most eminent Machiavelli scholars, provides a fine introduction to Machiavelli's life and thought, writing with a clarity and precision that only a lifetime of study made possible. But this is far more than an introduction. Its treatment of Machiavelli's republicanism is probably the finest that exists, and its discussion of many other important topics—from Machiavelli's relationship to the Medici to his cultural background and his ideas on religion—are equally persuasive."—Maurizio Viroli, author of Niccolò's Smile: A Biography of Machiavelli

"This is a very readable and reliable guide to Machiavelli's life and thought from a distinguished editor of the Florentine's works. Providing far more comprehensive coverage than any other short guide, This book presents an informative account of all of Machiavelli's writings, and handles them with winning suppleness and authority. Vivanti reveals the intimate connections between Machiavelli's thought and the vicissitudes of his career within a colorful and turbulent political world characterized by incessant war, duplicitous statecraft, and delicate diplomacy."—Peter Stacey, University of California, Los Angeles