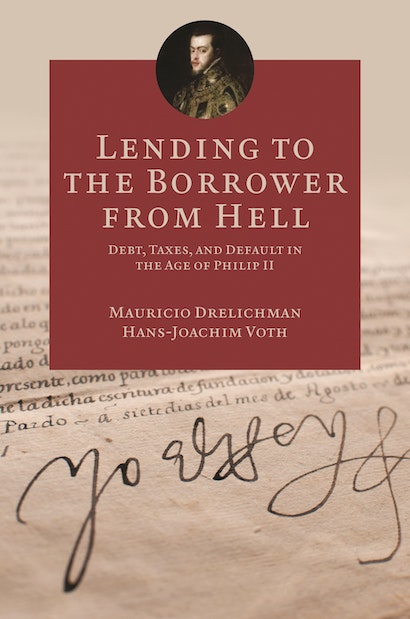 Why do lenders time and again loan money to sovereign borrowers who promptly go bankrupt? When can this type of lending work? As the United States and many European nations struggle with mountains of debt, historical precedents can offer valuable insights. Lending to the Borrower from Hell looks at one famous case—the debts and defaults of Philip II of Spain. Ruling over one of the largest and most powerful empires in history, King Philip defaulted four times. Yet he never lost access to capital markets and could borrow again within a year or two of each default. Exploring the shrewd reasoning of the lenders who continued to offer money, Mauricio Drelichman and Hans-Joachim Voth analyze the lessons from this important historical example.

Using detailed new evidence collected from sixteenth-century archives, Drelichman and Voth examine the incentives and returns of lenders. They provide powerful evidence that in the right situations, lenders not only survive despite defaults—they thrive. Drelichman and Voth also demonstrate that debt markets cope well, despite massive fluctuations in expenditure and revenue, when lending functions like insurance. The authors unearth unique sixteenth-century loan contracts that offered highly effective risk sharing between the king and his lenders, with payment obligations reduced in bad times.

A fascinating story of finance and empire, Lending to the Borrower from Hell offers an intelligent model for keeping economies safe in times of sovereign debt crises and defaults.

Mauricio Drelichman is associate professor in the Vancouver School of Economics at the University of British Columbia and a fellow in the Institutions, Organizations, and Growth program of the Canadian Institute for Advanced Research. Hans-Joachim Voth is ICREA Research Professor in the Economics Department at Universitat Pompeu Fabra, Barcelona, where he is also a member of the Centre for Research in International Economics. He is the author of Time and Work in England during the Industrial Revolution and coauthor of Prometheus Shackled. 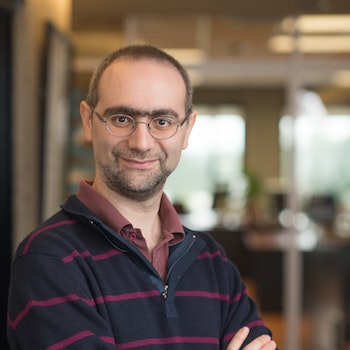 "Lending to the Borrower from Hell is a wonderful example of what becomes possible when one takes economic theory on a trip to the archive and actually reads the small print of each contract. It provides for the first time an economically sound explanation for Spain's ability to borrow in the sixteenth century that actually fits the facts. That is an outstanding achievement."—Regina Grafe, EH.Net

"[T]his innovative monograph substantially enriches our understanding of Castile's government borrowing, as well as the nature of sovereign default in early modern Europe. And it will most certainly conquer a central place in the literature and future debates on public debt and finance from a historical perspective."—Benoît Maréchaux, CritCom

"A compelling and thoroughly researched study of public finance in early modern Spain. . . . [This book] should be required reading for anyone interested in the intricate problems of early modern public finance."—Carlos Eduardo Suprinyak, Journal of the History of Economic Thought

"Sovereign debt is a paradox: why lend to a ruler who can summarily change the terms and conditions under which he repays? This is a deep question on which only history, ultimately, can shed light. Drelichman and Voth do the history right in this detailed, rigorous study of the notorious serial defaulter Philip II."—Barry Eichengreen, University of California, Berkeley

"Drelichman and Voth delve into old Spanish archives to bring out a compelling story of power and profit in imperial finance. Using modern economic analysis, they offer a deeper understanding of the problems of sovereign debt and default, from the sixteenth-century world of King Philip II to our own world today."—Roger Myerson, University of Chicago and Nobel Laureate in Economics

"Combining a massive reconstruction of Philip II's dealings with his creditors with elegant lessons from economics, this important book gives readers a new understanding of a key moment in European history. Demonstrating that neither the king nor his creditors were irrational, Drelichman and Voth show how extremely sophisticated contracts provided Philip with expensive but dearly needed funds, while offering bankers a panoply of mechanisms for fund recovery."—Jean-Laurent Rosenthal, California Institute of Technology

"Drelichman and Voth masterfully tell the story of state-contingent sovereign debt during the reign of Philip II of Spain. Their narrative is elegant, the analysis is compelling, and the data they've collected are simply amazing."—Kenneth A. Shepsle, Harvard University

"Assembling a truly remarkable database of the national accounts of sixteenth-century Castile, Lending to the Borrower from Hell takes a hard quantitative look at the fiscal position of Philip II of Spain, the world's first serial defaulter. This accessible and engaging book uses clever and comprehensive methods to make novel findings and turn conventional wisdom on its head. It will have a significant impact on economic history and far beyond."—Mark Dincecco, University of Michigan