The legitimate and illegitimate use of incentives in society today 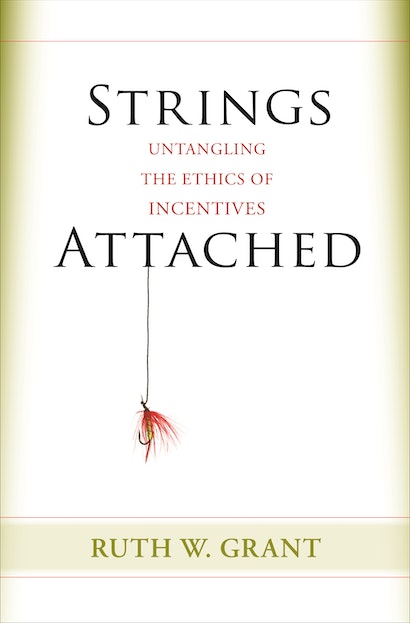 Incentives can be found everywhere—in schools, businesses, factories, and government—influencing people’s choices about almost everything, from financial decisions and tobacco use to exercise and child rearing. So long as people have a choice, incentives seem innocuous. But Strings Attached demonstrates that when incentives are viewed as a kind of power rather than as a form of exchange, many ethical questions arise: How do incentives affect character and institutional culture? Can incentives be manipulative or exploitative, even if people are free to refuse them? What are the responsibilities of the powerful in using incentives? Ruth Grant shows that, like all other forms of power, incentives can be subject to abuse, and she identifies their legitimate and illegitimate uses.

Grant offers a history of the growth of incentives in early twentieth-century America, identifies standards for judging incentives, and examines incentives in four areas—plea bargaining, recruiting medical research subjects, International Monetary Fund loan conditions, and motivating students. In every case, the analysis of incentives in terms of power yields strikingly different and more complex judgments than an analysis that views incentives as trades, in which the desired behavior is freely exchanged for the incentives offered.

Challenging the role and function of incentives in a democracy, Strings Attached questions whether the penchant for constant incentivizing undermines active, autonomous citizenship. Readers of this book are sure to view the ethics of incentives in a new light.

Ruth W. Grant is professor of political science and philosophy and a senior fellow of the Kenan Institute for Ethics at Duke University. She is the author of John Locke's Liberalism and Hypocrisy and Integrity. 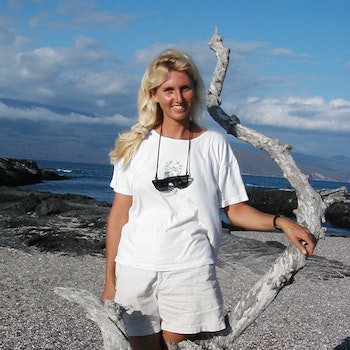 "Strings Attached is a thoughtful . . . look at the encroaching power of the market and its mechanisms in a range of human activity. What does it mean to see life as a series of transactions? The question is relevant far beyond the book's specific examples."—Nancy F. Koehn, New York Times

"We're used to relying on incentives. Academics face an incentive to publish papers, hedge fund managers have incentives to earn money for their clients, and if we don't pay our taxes we face the threat of sanctions, fines, and jail. The contribution of Ruth W. Grant in Strings Attached is to question the morality of these arrangements and their ubiquity in our lives."—Tyler Cowen, Science

"Increasingly, authorities mistake freedom for choice. . . . They manipulate, demean and corrupt in the name of a 'freedom' that is no freedom at all. [Grant's] ideas may or may not result in better public policy. But they ought to give us a richer idea of freedom."—Christopher Caldwell, Financial Times

"I regard the book as illuminating. It may not give us all the right answers, but shows us how to ask all the right questions."—Jason Brennan, Public Choice

"[This book] ought to appeal to . . . everyone who wants a say over his or her own life and possesses a healthy skepticism towards schemes of stealthy power."—Andrew Sabl, Society

"Increasingly, authorities mistake freedom for choice, Prof. Grant believes. They manipulate, demean and corrupt in the name of a 'freedom' that is no freedom at all. Her ideas may or may not result in better public policy. But they ought to give us a richer idea of freedom."—Christopher Caldwell, Financial Times

"In Strings Attached, Ruth W. Grant examines the history, language, and ethics of incentives, both in the workplace and the realm of public policy. Grant, a professor at Duke, considers incentives to be a form of power, right alongside force and persuasion as methods people can use to get someone else to do what they want."—Biz Ed Magazine

"Grant examines the ethical implications of incentives, which she sees as a form of power. . . . Grant's conclusion is an excellent summary of the deeper democratic values threatened by unanalyzed use of incentives in public policy. This is an important contribution to both ethics and public policy."—Choice

"This book offers useful guidance about how to devise better incentives that direct people toward good choices without manipulating them."—Robert Mayer, Ethics

"In Strings Attached, Grant provides a rich and nuanced analysis of the issue of incentives, while still being accessible for a general public interested in the subject. Not specifically aimed at a specialized academic readership, the book nonetheless provides a thorough historical, ethical, and political perspective on incentives that should prove of interest to scholars in bioethics."—Maude Laliberté, Bioethical Inquiry

"Strings Attached makes you think . . . and above all, [it is] timely. [It] contribute[s] something substantial . . . and serve[s] as a reminder that the morality of markets and incentives is never a settled matter."—Raphael Calel, Economics and Philosophy

"[I]n its assault on economic perspectives, it packs a powerful punch. And from start to finish, the lucidity and grace of the exposition are unconditionally admirable: I never fear that I can't figure out what Grant is saying, and these days too many theory books make me fearful in just that way. This clarity means the book would be a complete winner in the classroom."—Don Herzog, Political Theory

"Strings Attached offers a fascinating tour of the history, morality, and unintended consequences of the modern obsession with using incentives to change behavior. Exploring cases from plea bargaining in criminal courts to paying students to earn good grades, Grant compellingly argues that using material incentives to get people to do things they otherwise would not raises important and previously unexamined questions about ethics, power, and character."—Lynn Stout, University of California, Los Angeles

"This remarkable book asks some deceptively simple questions: With what norms should we judge the use of incentives? How can we compare incentives to coercion and persuasion? With characteristically lucid prose and a productive blend of theory and case studies, Ruth Grant illuminates an often neglected arena of inquiry. At a time when philosophers advocate 'libertarian paternalism' as an alternative to coercion and governments deploy 'conditional cash transfers' as instruments of social policy, Grant's reflections could hardly be more relevant."—William Galston, The Brookings Institution

"Moving comfortably from Plato, modern philosophy, and organizational science to plea bargaining, medical research, and IMF loans, this impressive book lays bare some of the ethical complexities raised by the use of incentives in various social and political contexts. A comprehensive look at an underanalyzed topic, this book is a pleasure to read."—Alan Wertheimer, National Institutes of Health

"Strings Attached does a great job of exploring what needs to be considered when thinking about the ethics of incentives. Grant argues that choice and volition are not enough to answer ethical objections to the use of incentives, because not all choice and volition reflect the freedom and autonomy we aspire to. Policymakers and social scientists need to pay attention to this significant work. Thorough and accessible, it will be widely discussed and have a big impact."—Barry Schwartz, author of The Paradox of Choice