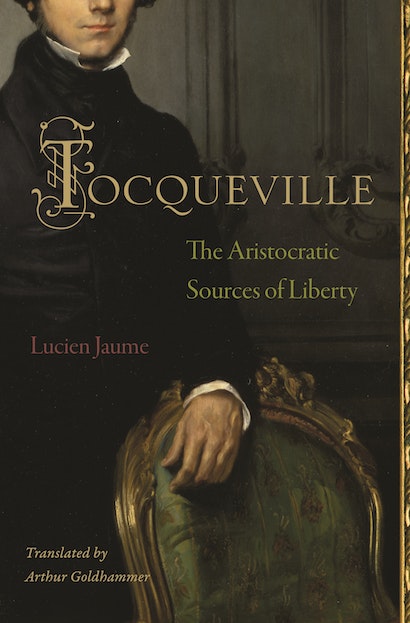 Many American readers like to regard Alexis de Tocqueville as an honorary American and democrat—as the young French aristocrat who came to early America and, enthralled by what he saw, proceeded to write an American book explaining democratic America to itself. Yet, as Lucien Jaume argues in this acclaimed intellectual biography, Democracy in America is best understood as a French book, written primarily for the French, and overwhelmingly concerned with France. “America,” Jaume says, “was merely a pretext for studying modern society and the woes of France.” For Tocqueville, in short, America was a mirror for France, a way for Tocqueville to write indirectly about his own society, to engage French thinkers and debates, and to come to terms with France’s aristocratic legacy.

By taking seriously the idea that Tocqueville’s French context is essential for understanding Democracy in America, Jaume provides a powerful and surprising new interpretation of Tocqueville’s book as well as a fresh intellectual and psychological portrait of the author. Situating Tocqueville in the context of the crisis of authority in postrevolutionary France, Jaume shows that Tocqueville was an ambivalent promoter of democracy, a man who tried to reconcile himself to the coming wave, but who was also nostalgic for the aristocratic world in which he was rooted—and who believed that it would be necessary to preserve aristocratic values in order to protect liberty under democracy. Indeed, Jaume argues that one of Tocqueville’s most important and original ideas was to recognize that democracy posed the threat of a new and hidden form of despotism.

Lucien Jaume is a philosopher, political scientist, and historian of ideas. The author of a number of books, he is research director at France's Centre de Recherches Politiques de Sciences Po. He teaches in Paris, Rome, and Shanghai. 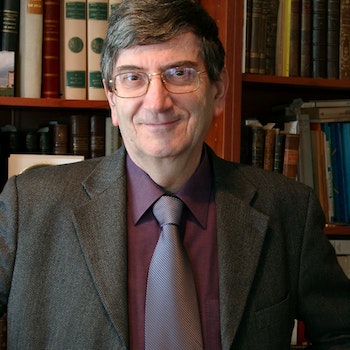 "[E]xhilarating. . . . Jaume, who probably knows Tocqueville's intellectual world better than anyone else alive, has reconstructed his reading in intricate detail, and brilliantly demonstrates the way particular themes and passages in Democracy in America relate to it."—David A. Bell, London Review of Books

"This astute study of Alexis de Tocqueville and his landmark political study, Democracy in America (published in two volumes, in 1835 and 1840, respectively), offers insights into the Frenchman's life and times and how they shaped his perspective on the newborn American republic. . . . Jaume does a fine job of interpreting Tocqueville's concept of the authority exercised by the public at large in a democratic America as (in Tocqueville's words) 'a sort of religion, with the majority as its prophet.' His volume provides a thorough understanding of Tocqueville's timeless work as a product of its time."—Publishers Weekly

"[E]xcellent. . . . Tocqueville knew well his own class's reservations about democracy, and Jaume shows how, like Shakespeare playing with Plutarch's plotting, Tocqueville deftly repurposed conservative French ideas for his American drama. . . . [Jaume] sees in Tocqueville a political scientist, sociologist, moralist and writer, and discusses in detail his labors in each guise, the wonderful effect of which is to reveal how unified the man was—like the country he visited, vast and containing multitudes, as if Tocqueville saw himself in his portrait of America."—Elias Altman, The Nation

"This is one of the finest studies of Tocqueville in years. It will prove invaluable to scholars."—Library Journal

"Jaume has written a good book in the category of contextual studies, from which anyone can learn relevant facts of his life and thought useful for understanding [Tocqueville]."—Harvey C. Mansfield, New Criterion

"Jaume has given us a brilliant reading of one of the most important books about America: one that is erudite, compelling, and frustrating. The culmination of Jaume's career, it provides much more than a deeper understanding of the arguments among French intellectuals in the 1830s and '40s. . . . Jaume shows how the question of America's future was part of a vigorous debate among French intellectuals over the meaning of liberty, aristocracy, democracy, and the role of the state in social life. And though Jaume argues against such a reading, these are debates we can still learn from today."—Shamus Khan, Public Books

"[T]he book is extremely well researched and rich. . . . [T]he book will not be exclusively of interest to Tocqueville scholars but also, and perhaps mainly, to students of the early French nineteenth century."—Tommaso Giordani, European Review of History

"[R]eaders who have previously studied Tocqueville's themes will find that Jaume's multilayered narrative leads them into rarely recognized sources of his thought and provides new perspectives on the dialogical construction of his best-known texts."—Lloyd Kramer, Canadian Journal of History

"Lucien Jaume pushes our understanding of Tocqueville's intellectual biography and political theory in . . . many new directions. . . . His book will not be the final word in Tocqueville studies, but it will be one of the first books read and cited by a generation of Tocqueville scholars."—David Selby, Register of the Kentucky Historical Society

"There are certainly many interesting insights and new observations in the book. Jaume's erudition is obvious on every page."—Helena Rosenblatt, Intellectual History Review

"[Jaume's] erudite study offers readers an abundance of specific insights based on intimate acquaintance with primary sources from the nineteenth century and careful attention to the historical and linguistic nuances of Tocqueville's texts."—Aristide Tessitore, Review of Politics

"Jaume's book fills an important gap in the literature about Tocqueville. It highlights the blind spots of many admirers who have only looked to America to understand Democracy."—Andreas Hess, Dublin Review of Books

"Through an in-depth analysis of primary sources, cleverly combined with the vast collection of letters and handwritten notes yet unpublished, and paying a remarkable attention to the context, Jaume convincingly shows that Tocqueville's sympathy towards the American idea of citizenship does not come from a modern form of republicanism."—Danilo Breschi, European History Quarterly

"Jaume's challenging intellectual biography is a 'must read' for serious scholars of Tocqueville, of nineteenth-century liberalism and of the political thought of the era."—Jeff Horn, European Legacy

"Tocqueville remains the most endlessly fascinating of all modern writers about democracy. Lucien Jaume, one of France's leading intellectual historians, is an outstanding interpreter of his thought, in all its political variety. Jaume wants to re-establish the distance between 'our' Tocqueville and the man himself, a product of his time and of a distinctive aristocratic social and intellectual milieu. In doing so, he allows us to see why Tocqueville is still such an appealing and unsettling figure for our own times. A wonderfully lucid book and an indispensable guide."—David Runciman, University of Cambridge

"Long in gestation, this is a major work by a major political theorist who is insufficiently known in the Anglophone world. Lucien Jaume succeeds admirably in providing a fresh reading of Tocqueville's Democracy in America. Based on deep and wide knowledge, this magisterial interpretation will immediately be recognized as significant by Tocqueville scholars, and it also makes an important contribution to current debates about the complex relationships between religion, democracy, and liberalism."—Cheryl B. Welch, Harvard University