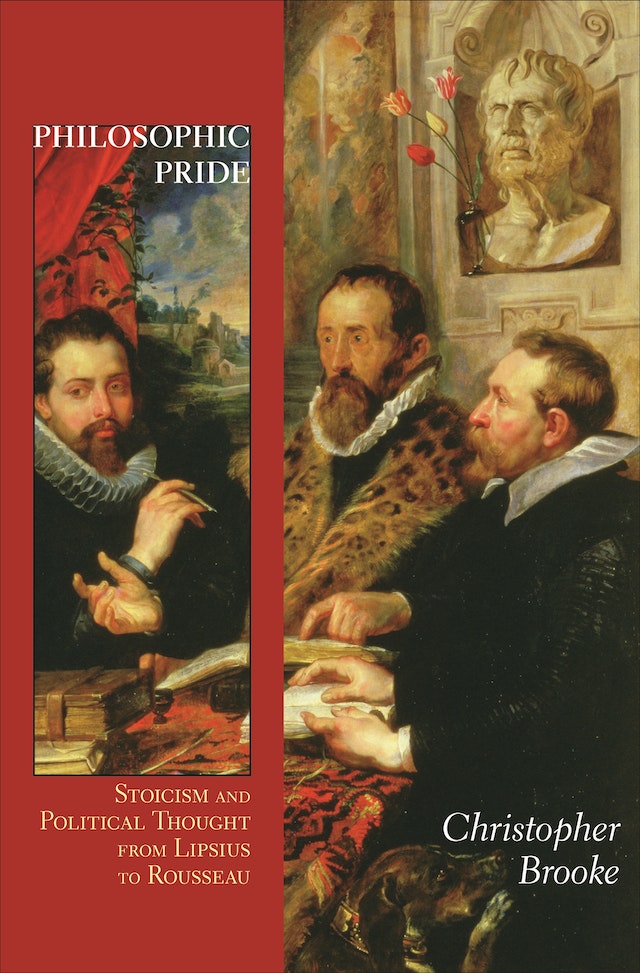 Philosophic Pride is the first full-scale look at the essential place of Stoicism in the foundations of modern political thought. Spanning the period from Justus Lipsius’s Politics in 1589 to Jean-Jacques Rousseau’s Emile in 1762, and concentrating on arguments originating from England, France, and the Netherlands, the book considers how political writers of the period engaged with the ideas of the Roman and Greek Stoics that they found in works by Cicero, Seneca, Epictetus, and Marcus Aurelius. Christopher Brooke examines key texts in their historical context, paying special attention to the history of classical scholarship and the historiography of philosophy.


Brooke delves into the persisting tension between Stoicism and the tradition of Augustinian anti-Stoic criticism, which held Stoicism to be a philosophy for the proud who denied their fallen condition. Concentrating on arguments in moral psychology surrounding the foundations of human sociability and self-love, Philosophic Pride details how the engagement with Roman Stoicism shaped early modern political philosophy and offers significant new interpretations of Lipsius and Rousseau together with fresh perspectives on the political thought of Hugo Grotius and Thomas Hobbes.

Philosophic Pride shows how the legacy of the Stoics played a vital role in European intellectual life in the early modern era.

Christopher Brooke is lecturer in political theory and the history of political thought in the Department of Politics and International Studies at the University of Cambridge, where he is a fellow of King's College.

"Remarkable for its wide historical sweep, this elegant book is a great addition to the existing literature on the philosophical history of pride. It is a rigorous, original, and flawlessly executed work on a topic of great interest. An utter joy to read."—Frederick Neuhouser, Barnard College

"Philosophic Pride offers a fresh look at how ancient Stoic philosophy was received, adapted, criticized, and accepted, from the end of the sixteenth up to the middle of the eighteenth century. Surveying this large field with more amplitude and exactitude than anything else on offer, this book will be important for scholars of the humanities and specialists."—Anthony Long, University of California, Berkeley

"An outstanding study of the fortunes of Stoicism in early modern moral and political thought, Philosophic Pride examines arguments for and against Stoic themes in the writings of moral and political philosophers, from Justus Lipsius to Jean-Jacques Rousseau. Brooke's exposition of the primary sources is unfailingly lucid, and his treatment of work by other scholars is remarkable in its range."—James Moore, emeritus professor, Concordia University