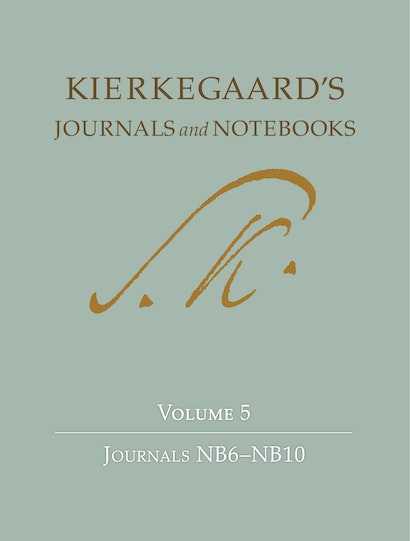 
Volume 5 of this 11-volume series includes five of Kierkegaard’s important “NB” journals (Journals NB6 through NB10), covering the months from summer 1848 through early May 1849. This was a turbulent period both in the history of Denmark — which was experiencing the immediate aftermath of revolution and the fall of absolutism, a continuing war with the German states, and the replacement of the State Church with the Danish People’s Church — and for Kierkegaard personally. The journals in the present volume include Kierkegaard’s reactions to the political upheaval, a retrospective account of his audiences with King Christian VIII, deliberations about publishing an autobiographical explanation of his writings, and an increasingly harsh critique of the Danish Church. These journals also reflect Kierkegaard’s deep concern over his collision with the satirical journal Corsair, an experience that helped radicalize his view of “essential Christianity” and caused him to ponder the meaning of martyrdom.

"[A]nyone interested in the serious study of Kierkegaard has reason to be grateful to the editorial board and the Søren Kierkegaard Research Center for undertaking this invaluable project."—Brian Gregor, Philosophy in Review