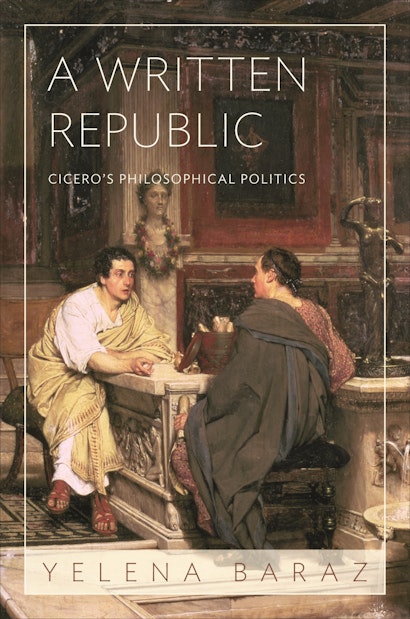 In the 40s BCE, during his forced retirement from politics under Caesar’s dictatorship, Cicero turned to philosophy, producing a massive and important body of work. As he was acutely aware, this was an unusual undertaking for a Roman statesman because Romans were often hostile to philosophy, perceiving it as foreign and incompatible with fulfilling one’s duty as a citizen. How, then, are we to understand Cicero’s decision to pursue philosophy in the context of the political, intellectual, and cultural life of the late Roman republic? In A Written Republic, Yelena Baraz takes up this question and makes the case that philosophy for Cicero was not a retreat from politics but a continuation of politics by other means, an alternative way of living a political life and serving the state under newly restricted conditions.


Baraz examines the rhetorical battle that Cicero stages in his philosophical prefaces — a battle between the forces that would oppose or support his project. He presents his philosophy as intimately connected to the new political circumstances and his exclusion from politics. His goal — to benefit the state by providing new moral resources for the Roman elite — was traditional, even if his method of translating Greek philosophical knowledge into Latin and combining Greek sources with Roman heritage was unorthodox.

A Written Republic provides a new perspective on Cicero’s conception of his philosophical project while also adding to the broader picture of late-Roman political, intellectual, and cultural life.

Yelena Baraz is assistant professor of classics at Princeton University. 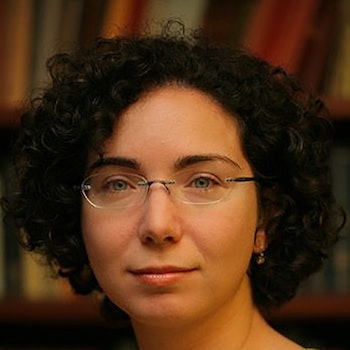 "[T]his is an excellent study, and will be valuable reading for anyone interested in Cicero's philosophical works and the cultural and political environments from which they emerged."—Walter Englert, Bryn Mawr Classical Review

"The attention to detail, textual and contextual, throughout A Written Republic makes Baraz's argument a persuasive one."—Christopher Brooke, Perspectives on Politics

"Baraz's discussion shows that she knows her political history, which suggests that the strict focus on the prefaces and Cicero's justifications of his philosophical project is a conscious choice. Indeed, at all times Baraz guides her reader lucidly through her argument. More importantly, Baraz's book is full of new ideas and developments of existing ideas. . . . Baraz's observations and interpretations push forward our understanding of Cicero's philosophical engagement and, indeed, the relationship between this engagement and his political activity. Baraz is to be commended for providing such a stimulating study."—Henriette van der Blom, British Journal for the History of Philosophy

"Baraz's stimulating and nuanced argument about Cicero's literary and political goals should make this book a standard reference for anyone interested in Cicero, his philosophical program, or the intellectual life of the Late Republic."—Jonathan P. Zarecki, CJ-Online

"[T]his book has much to recommend it, and anyone writing on Cicero's philosophical works will profit from its careful attention to the details of the prefaces."—J. Jackson Barlow, Review of Politics

"The result is a fine contribution to Ciceronian studies, which deserves attention not only from those who work on his philosophy but from those interested in any aspect of his writings."—Catherine Steel, Gnomon

"A Written Republic offers a new way of viewing Cicero's philosophical work. Yelena Baraz presents a unified perspective that embraces not merely a selection but all of Cicero's philosophical writings of the 40s BCE. There is nothing comparable within such an efficient compass. The focus on Cicero's prefaces is a new approach that allows his own voice to emerge. The scholarship is excellent, the organization is exemplary, and the writing is clear and often elegant."—Barbara Saylor Rodgers, University of Vermont

"This is an innovative study of Cicero's claims about the role philosophy could play in restoring stability to the post-civil war Roman Republic. Yelena Baraz argues that, for Cicero, philosophical translation was a patriotic act, a new form of political engagement necessitated in the mid-40s BCE by the demise of its traditional outlets. The book's focus is refreshing and its insights are excellent."—Cynthia Damon, University of Pennsylvania