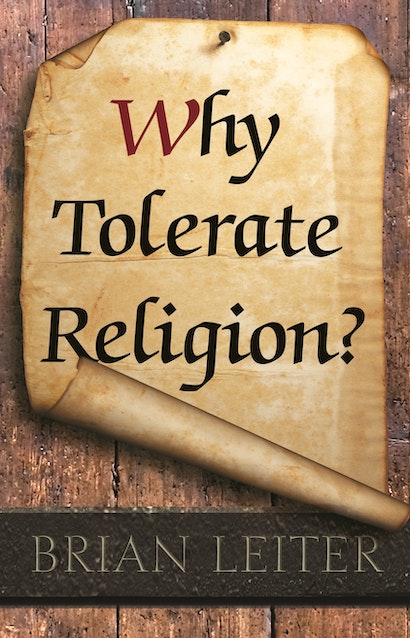 This provocative book addresses one of the most enduring puzzles in political philosophy and constitutional theory—why is religion singled out for preferential treatment in both law and public discourse? Why, for example, can a religious soup kitchen get an exemption from zoning laws in order to expand its facilities to better serve the needy, while a secular soup kitchen with the same goal cannot? Why is a Sikh boy permitted to wear his ceremonial dagger to school while any other boy could be expelled for packing a knife? Why are religious obligations that conflict with the law accorded special toleration while other obligations of conscience are not?

In Why Tolerate Religion?, Brian Leiter argues that the reasons have nothing to do with religion, and that Western democracies are wrong to single out religious liberty for special legal protections. He offers new insights into what makes a claim of conscience distinctively “religious,” and draws on a wealth of examples from America, Europe, and elsewhere to highlight the important issues at stake. With philosophical acuity, legal insight, and wry humor, Leiter shows why our reasons for tolerating religion are not specific to religion but apply to all claims of conscience, and why a government committed to liberty of conscience is not required by the principle of toleration to grant exemptions to laws that promote the general welfare.

Brian Leiter is the Karl N. Llewellyn Professor of Jurisprudence and Director of the Center for Law, Philosophy, and Human Values at the University of Chicago. He is the author of Naturalizing Jurisprudence and Nietzsche on Morality and the coeditor of the annual Oxford Studies in Philosophy of Law. He authors the Leiter Reports blog 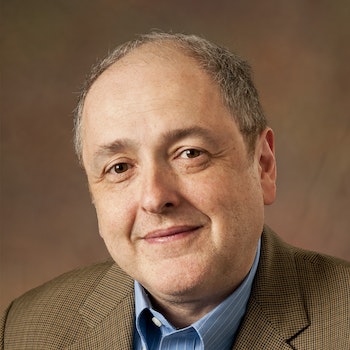 "A model of clarity and rigour and at points strikingly original, this is a book that anyone who thinks seriously about religion, ethics and politics will benefit from reading."—John Gray, New Statesman

"A slim volume, deeply conversant with the literature in law and philosophy, and by turns bold, bracing and bruising, Why Tolerate Religion? should command the attention of anyone interested in the place of faith in the public arena."—Glenn C. Altschuler, Jerusalem Post

"Although this is a rather bold and provocative thesis, Leiter's approach is highly nuanced and painstakingly thorough, as he patiently walks readers through each definition, consideration, and possible objection. The overall effect is a very impressively argued case."—Library Journal

"Why Tolerate Religion? is a closely argued and thought-provoking examination of questions that will only become more important in our increasingly multicultural world."—Adam Kirsch, Barnes & Noble Review

"Overall, Leiter's judicious and penetrating volume is an excellent example of how philosophy can be brought to bear on practical issues of the day."—Alex Miller, Morning Star

"Why Tolerate Religion? is a readable book that exposes several tenuous assumptions underlying the predominant justifications for religious exemptions. At the same time, it provides a fresh and intuitive framework for analyzing conscience-based objections to facially neutral laws that should appeal to legal practitioners, jurists, and philosophers alike."—Harvard Law Review

"Students and scholars likely will be citing Leiter's clear and powerful arguments for many years."—Choice

"Leiter's book is . . . very readable and it avoids technical jargon as much as possible. It works very well as a challenge to those who are sympathetic to conceding some exemptions from generally applicable laws because of religious beliefs, because the burden of justifying such exemptions is placed squarely on those who propose them."—Desmond M. Clarke, Jurisprudence

"[C]ompelling read . . . makes for a fresh and lively contribution to this ongoing debate."—Journal of Applied Philosophy

"Why Tolerate Religion? has a certain beauty in its brevity, austerity and aspiration to analytical rigor."—Russell Blackford, Free Inquiry

"It is highly recommended to all those interested in the relationship between religion and the state. It will certainly leave its readers with much to ponder."—Jakub Urbaniak, Studia Historiae Ecclesiasticae

"Brian Leiter's new book aims to be accessible to scholars outside of philosophy as well as to 'educated laypeople'. In my view, he succeeds in this endeavor. His book is very readable, and avoids unnecessary technicalities. The question Leiter addresses in his book . . . is of interest not only to academic philosophers, but to everyone who is curious about questions concerning the societal function and role of religion, toleration, minority rights, and conscience."—Martin Sticker, Zeitschrift fuer philosophische Literatur

"Think you understand religious toleration? Think again. Brian Leiter's bracing argument moves deftly from the classics of political philosophy to the riddles of modern case law, demolishing old nostrums and sowing fresh insights with each step. Every reader will learn something from this remarkable book, and, beginning now, every serious scholar of religious toleration will have to contend with Leiter's bold claims."—Christopher L. Eisgruber, Princeton University

"This is a provocative and bracing essay, one that is bound to stimulate much discussion."—Richard Kraut, Northwestern University

"The place of religion in the public arena, and the kind of protection and even respect it should be entitled to from the state, is a topic of significant contemporary interest. Leiter writes about it with wit and good humor. He is even bruising on occasion. But there can be no doubting his capacity as a scholar, his intellectual energy, or his ability to persuade."—Timothy Macklem, King's College London

"Leiter argues that there are no principled, moral reasons for singling out religion as the subject of toleration. He has cut through a dense philosophical and legal literature, focused on a question of great importance, and developed a provocative, sharp, and yet nuanced case. Anyone concerned with this topic will have to read and take seriously the arguments presented in this very well-written and accessible book."—Micah J. Schwartzman, University of Virginia