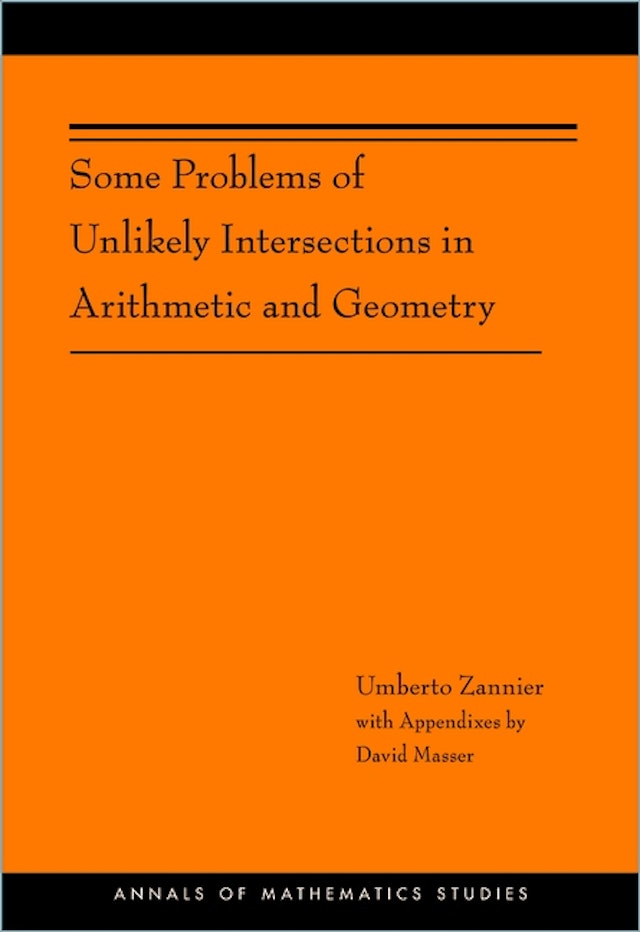 This book considers the so-called Unlikely Intersections, a topic that embraces well-known issues, such as Lang’s and Manin-Mumford’s, concerning torsion points in subvarieties of tori or abelian varieties. More generally, the book considers algebraic subgroups that meet a given subvariety in a set of unlikely dimension. The book is an expansion of the Hermann Weyl Lectures delivered by Umberto Zannier at the Institute for Advanced Study in Princeton in May 2010.


The book consists of four chapters and seven brief appendixes, the last six by David Masser. The first chapter considers multiplicative algebraic groups, presenting proofs of several developments, ranging from the origins to recent results, and discussing many applications and relations with other contexts. The second chapter considers an analogue in arithmetic and several applications of this. The third chapter introduces a new method for approaching some of these questions, and presents a detailed application of this (by Masser and the author) to a relative case of the Manin-Mumford issue. The fourth chapter focuses on the André-Oort conjecture (outlining work by Pila).

Umberto Zannier is professor of mathematics at the Scuola Normale Superiore di Pisa in Pisa, Italy. He is the author of Lecture Notes on Diophantine Analysis and the editor of Diophantine Geometry.