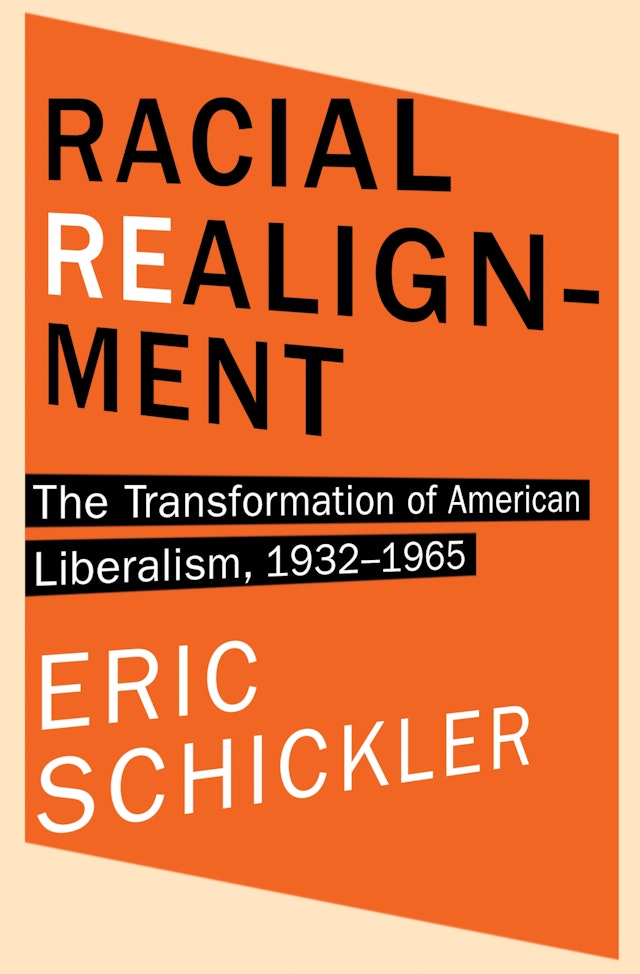 Few transformations in American politics have been as important as the integration of African Americans into the Democratic Party and the Republican embrace of racial policy conservatism. The story of this partisan realignment on race is often told as one in which political elites—such as Lyndon Johnson and Barry Goldwater—set in motion a dramatic and sudden reshuffling of party positioning on racial issues during the 1960s. Racial Realignment instead argues that top party leaders were actually among the last to move, and that their choices were dictated by changes that had already occurred beneath them. Drawing upon rich data sources and original historical research, Eric Schickler shows that the two parties’ transformation on civil rights took place gradually over decades.

Schickler reveals that Democratic partisanship, economic liberalism, and support for civil rights had crystallized in public opinion, state parties, and Congress by the mid-1940s. This trend was propelled forward by the incorporation of African Americans and the pro-civil-rights Congress of Industrial Organizations into the Democratic coalition. Meanwhile, Republican partisanship became aligned with economic and racial conservatism. Scrambling to maintain existing power bases, national party elites refused to acknowledge these changes for as long as they could, but the civil rights movement finally forced them to choose where their respective parties would stand.

Eric Schickler is the Jeffrey and Ashley McDermott Professor of Political Science at the University of California, Berkeley. His books include Disjointed Pluralism and Filibuster (both Princeton).

"How did the Democrats become America's civil rights party? This book is the authoritative statement on that question. With a sure touch, Schickler clocks the evolution from the 1930s onward, using a rich variety of new data, not to mention his vast knowledge of the territory. His deep penetration of congressional politics in the 1930s and '40s is a major achievement."—David Mayhew, Yale University

"Few questions on American political growth are as important as those that ask how our major political parties developed their distinctive commitments on race and how those commitments shape broader policy agendas. This book supplants the conventional explanation for America's racial realignment and establishes itself as the account with which all future research must grapple."—Nolan McCarty, Princeton University

"Deftly mixing quantitative and historical scholarship with his deep knowledge of the U.S. Congress and American political parties, Schickler rewrites the civil rights fault lines of the twentieth century. He shows that America's partisan racial realignment commenced not in the 1950s and ‘60s, but in the New Deal itself. A triumph of historical political science that provides fresh insight on the foundations and troubles of our current party system."—Daniel Carpenter, Harvard University

"In Racial Realignment, Eric Schickler turns his expert analytical abilities to previously unmined historical data and explains how the New Deal Democratic Party turned itself into the protector of civil rights while racial conservatives became ensconced in what had long been the 'Party of Lincoln.' Upending long-established interpretations, the result is a riveting and powerful look at political change in the United States."—Suzanne Mettler, Cornell University

"Eric Schickler has written an extraordinary book about a great, consequential change in political identity—the switch between the Democratic and Republican parties as the embodiments of racial liberalism and conservatism. This is a landmark work about social movements, political parties, politicians, ideology, and public opinion—and it completely changes how we think about the twentieth century and the origins of our present-day political conflicts."—Rick Valelly, Swarthmore College

"Racial Realignment is a strikingly original, deeply researched, and skillfully rendered contribution to the study of American politics. I can think of few if any other political scientists capable of designing such a project, much less delivering on its promise, as Schickler certainly has. His book is a tour de force."—Anthony S. Chen, Northwestern University