A colorful history of utilitarianism told through the lives and ideas of Jeremy Bentham, John Stuart Mill, and its other founders 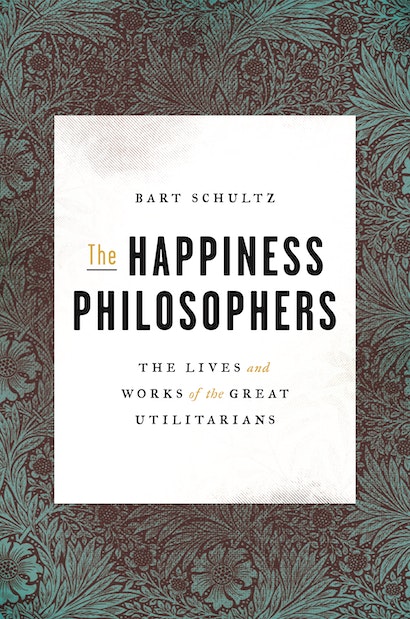 In The Happiness Philosophers, Bart Schultz tells the colorful story of the lives and legacies of the founders of utilitarianism—one of the most influential yet misunderstood and maligned philosophies of the past two centuries.

Best known for arguing that “it is the greatest happiness of the greatest number that is the measure of right and wrong,” utilitarianism was developed by the radical philosophers, critics, and social reformers William Godwin (the husband of Mary Wollstonecraft and father of Mary Shelley), Jeremy Bentham, John Stuart and Harriet Taylor Mill, and Henry Sidgwick. Together, they had a profound influence on nineteenth-century reforms, in areas ranging from law, politics, and economics to morals, education, and women’s rights. Their work transformed life in ways we take for granted today. Bentham even advocated the decriminalization of same-sex acts, decades before the cause was taken up by other activists. As Bertrand Russell wrote about Bentham in the late 1920s, “There can be no doubt that nine-tenths of the people living in England in the latter part of last century were happier than they would have been if he had never lived.” Yet in part because of its misleading name and the caricatures popularized by figures as varied as Dickens, Marx, and Foucault, utilitarianism is sometimes still dismissed as cold, calculating, inhuman, and simplistic.

By revealing the fascinating human sides of the remarkable pioneers of utilitarianism, The Happiness Philosophers provides a richer understanding and appreciation of their philosophical and political perspectives—one that also helps explain why utilitarianism is experiencing a renaissance today and is again being used to tackle some of the world’s most serious problems.

Bart Schultz is senior lecturer in the humanities and director of the Civic Knowledge Project at the University of Chicago. He is the author of Henry Sidgwick: Eye of the Universe, An Intellectual Biography. 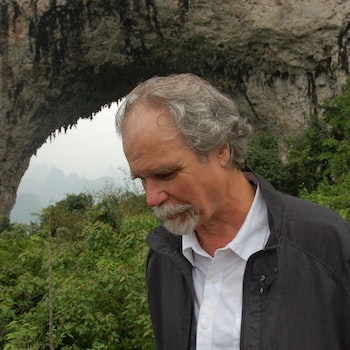 "As Bart Schultz argues in this adroit study, the ethical theories of these men, forged in a politically chaotic era, remain relevant in our own. Schultz journeys beyond the caricatures to reveal their deep influence on education, law, and, in Bentham's case, surprisingly modern thinking about homosexuality."—Barbara Kiser, Nature

"Schultz's . . . overview of William Godwin, Jeremy Bentham, John Stuart Mill, and Henry Sidgwick is a combination of biographies of the four Utilitarian philosophers and an overview of their philosophies. In each chapter, these two parts mesh well because, as Schultz points out, 'one needs the work and the lives' to understand a philosopher's writings fully. It also works well because of the diversity of writings on the topic of ethics, freedom, belief, and epistemology. . . . Schultz does a wonderful job of combining each thinker's biography with their philosophical development."—Library Journal

"In this substantial volume, Schultz examines the lives and philosophies of the four founders of the utilitarian principle of morality—William Godwin (1756-1836), Jeremy Bentham (1748-1832), John Stuart Mill (1806-73), and Henry Sidgwick (1838-1900)—which espouses that the moral good consists of the greatest happiness of the greatest number of sentient creatures. . . . Although the book deals much more with biographical matters than with philosophy, the end in view is always a clearer understanding of utilitarianism. Schultz illustrates that these four men lived extraordinarily interesting lives and fostered views on topics such as gender equality, environmental ethics, animal rights, and social justice far advanced in their time. Including an excellent index and notes, this is a fascinating, extremely well-written volume."—Choice

"Bart Schultz’s fascinating study weaves together the lives and works of the four founders of classical utilitarianism—William Godwin, Jeremy Bentham, John Stuart Mill, and Henry Sidgwick—challenging historical interpretations and opening exciting new possibilities for contemporary moral and political philosophy. . . . Anyone interested in the history of utilitarianism, wider currents in nineteenth-century thought, or contemporary ethics will learn much from this meticulous and thought-provoking book."—Tim Mulgan, Journal of the History of Philosophy

"The Happiness Philosophers is a remarkable achievement. Bart Schultz uses his skill in philosophical biography to bring the founders of utilitarianism to life. But he does much more than that. By revealing the early utilitarians' fascinating mix of intelligence, passion, and reforming zeal, he dispels caricatures of utilitarian thinking. His conviction that utilitarianism can guide us in our search for solutions to the ethical and political problems we face today only adds to the importance of the book."—Peter Singer, author of Ethics in the Real World: 82 Brief Essays on Things That Matter

"In The Happiness Philosophers, Bart Schultz tells the gripping story of the founders of utilitarianism. Far from being prosaic materialists dedicated to calculating pleasure and pain, the utilitarians were passionate humanists and reformers whose ideas offer crucial insights about inequality and suffering. They were fascinating individuals, brilliant and eccentric, creative and surprising, and their lives are as important to study as their writings. A wonderful achievement."—Charlotte Gordon, author of Romantic Outlaws: The Extraordinary Lives of Mary Wollstonecraft and Mary Shelley

"Utilitarianism has been a central ethical position in Western philosophy for more than two centuries, yet surprisingly little attention has been paid to the lives of its major proponents. This is especially remarkable given how unusual and fascinating those lives were. Bart Schultz has found a marvelous topic, and he writes beautifully, seamlessly connecting the lives and ideas of these thinkers."—Roger Crisp, University of Oxford

"The Happiness Philosophers is a beautifully conceived and brilliantly executed book. Its focus on the founders of utilitarianism is a masterstroke, and it provides wonderful details about their lives."—Brad Hooker, University of Reading