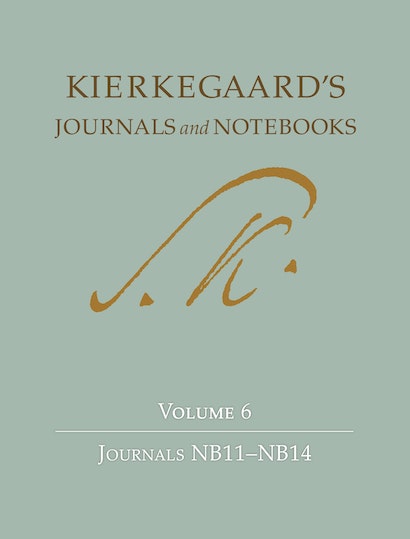 
Volume 6 of this 11-volume series includes four of Kierkegaard’s important “NB” journals (Journals NB11 through NB14), covering the months from early May 1849 to the beginning of 1850. At this time Denmark was coming to terms with the 1848 revolution that had replaced absolutism with popular sovereignty, while the war with the German states continued, and the country pondered exactly what replacing the old State Church with the Danish People’s Church would mean. In these journals Kierkegaard reflects at length on political and, especially, on ecclesiastical developments. His brooding over the ongoing effects of his fight with the satirical journal Corsair continues, and he also examines and re-examines the broader personal and religious significance of his broken engagement with Regine Olsen. These journals also contain reflections by Kierkegaard on a number of his most important works, including the two works written under his “new” pseudonym Anti-Climacus (The Sickness unto Death and Practice in Christianity) and his various attempts at autobiographical explanations of his work. And, all the while, the drumbeat of his radical critique of “Christendom” continues and escalates.

"Elegantly laid out so that the reader can follow the author's text and marginalia, and copiously supplied with notes and commentary, these books are a pleasure to read."—Daniel Johnson, Standpoint