A revealing look at French composer and virtuoso Camille Saint-Saëns 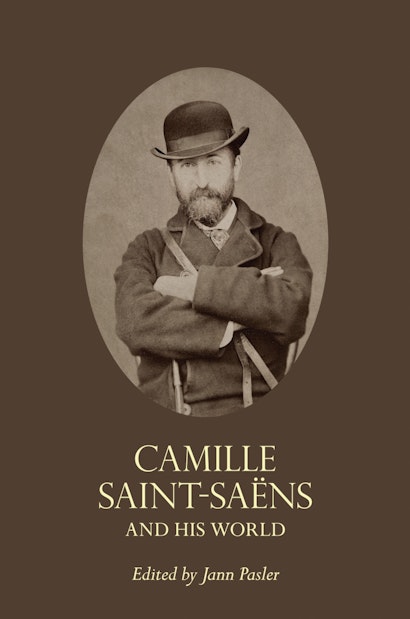 Camille Saint-Saëns—perhaps the foremost French musical figure of the late nineteenth century and a composer who wrote in nearly every musical genre, from opera and the symphony to film music—is now being rediscovered after a century of modernism overshadowed his earlier importance. In a wide-ranging and trenchant series of essays, articles, and documents, Camille Saint-Saëns and His World deconstructs the multiple realities behind the man and his music. Topics range from intimate glimpses of the private and playful Saint-Saëns, to the composer’s interest in astronomy and republican politics, his performances of Mozart and Rameau over eight decades, and his extensive travels around the world. This collection also analyzes the role he played in various musical societies and his complicated relationship with such composers as Liszt, Massenet, Wagner, and Ravel. Featuring the best contemporary scholarship on this crucial, formative period in French music, Camille Saint-Saëns and His World restores the composer to his vital role as innovator and curator of Western music.

Jann Pasler is professor of music at the University of California, San Diego. Her books include Writing through Music: Essays on Music, Culture, and Politics and Composing the Citizen: Music as Public Utility in Third Republic France.

"This study of a versatile, tasteful and often endearing composer, and a serious, playful and sometimes prickly man, may be thoroughly recommended."—Classical Music Magazine

"This compilation of masterful scholarship is likely to become a preeminent source for information on Saint-Saëns."—Choice

"Jann Pasler's edited collection thus offers a significant contribution to Saint-Saens studies, and to the field of nineteenth- and early twentieth century French music as a whole."—Helen Abbott, French Studies

"[T]his book represents [quite an] achievement. Saint-Saëns is revealed and yet remains intensely private: the book speaks volumes on the composer's life, views, working methods, and cultural and social status."—Clair Rowden, H-France Review