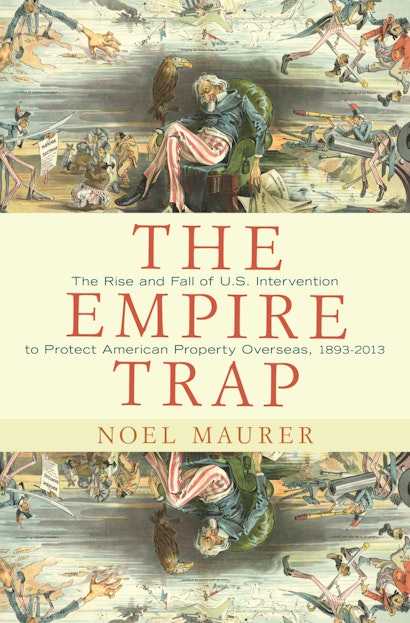 Throughout the twentieth century, the U.S. government willingly deployed power, hard and soft, to protect American investments all around the globe. Why did the United States get into the business of defending its citizens’ property rights abroad? The Empire Trap looks at how modern U.S. involvement in the empire business began, how American foreign policy became increasingly tied to the sway of private financial interests, and how postwar administrations finally extricated the United States from economic interventionism, even though the government had the will and power to continue.

Noel Maurer examines the ways that American investors initially influenced their government to intercede to protect investments in locations such as Central America and the Caribbean. Costs were small—at least at the outset—but with each incremental step, American policy became increasingly entangled with the goals of those they were backing, making disengagement more difficult. Maurer discusses how, all the way through the 1970s, the United States not only failed to resist pressure to defend American investments, but also remained unsuccessful at altering internal institutions of other countries in order to make property rights secure in the absence of active American involvement. Foreign nations expropriated American investments, but in almost every case the U.S. government’s employment of economic sanctions or covert action obtained market value or more in compensation—despite the growing strategic risks. The advent of institutions focusing on international arbitration finally gave the executive branch a credible political excuse not to act. Maurer cautions that these institutions are now under strain and that a collapse might open the empire trap once more.

With shrewd and timely analysis, this book considers American patterns of foreign intervention and the nation’s changing role as an imperial power.

Noel Maurer is associate professor of business administration at Harvard Business School. He is the author of The Power and the Money and coauthor of The Politics of Property Rights, Mexico since 1980, and The Big Ditch (Princeton). 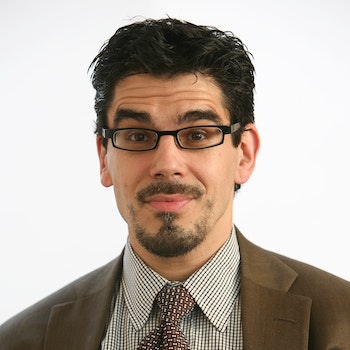 "The Empire Trap represents an important addition to scholarship on twentieth century U.S. foreign policy. Maurer convincingly demonstrates that American investments in foreign countries were repeatedly threatened by expropriating governments and that in countless instances the United States utilized a variety of methods to protect those investments or to ensure fair compensation when they were lost."—Jeffrey Malanson, Enterprise & Society

"It is impressive not only for its scope . . . but also for its attention to detail in each of the cases presented. Most important, Maurer's analysis brilliantly captures a big picture that challenges much of the conventional wisdom showing how a small number of private investors draw government into one international quagmire after another because it was the only way they could have their property rights enforced."—Alan Dye, EH.Net

"This is an exemplary work of historical social science, shedding light on many debates within the international relations literature."—Michael J. Lee, Perspectives on Politics

"How did the United States come to have an 'informal empire' in the late nineteenth century, and how did it get out of the empire business at the end of the twentieth? How and why did threats and gunboats get replaced by courts and international tribunals in order to protect American property rights in less developed countries—and do these new tools work as well as the old ones? Read this carefully researched and cleverly argued book, and learn the answers."—Stephen Haber, Stanford University

"Noel Maurer's wonderful book explores a long-standing question: as European powers built world empires in the nineteenth century, why did the United States—the leading global economy—not follow suit? The Empire Trap provides readers with the definitive answer."—James Robinson, coauthor of Why Nations Fail: The Origins of Power, Prosperity, and Poverty

"Challenging previous assumptions about the complex relationship between business and U.S. foreign policy, The Empire Trap describes government efforts to escape business pressure and use foreign policy to promote more significant national interests. There is no better way to judge the security offered by the current international arbitration regime than to understand where it comes from. This book should be read by economic and diplomatic historians, and by business people concerned with protecting their investments in risky countries."—Louis T. Wells, Herbert F. Johnson Professor of International Management Emeritus, Harvard Business School

"Bringing together an impressive array of cases, this excellent and entertaining book presents an explanation for the pattern of U.S. intervention in foreign countries on behalf of American business interests over roughly a century. Maurer has accomplished something truly remarkable by providing a cohesive explanation across so many regions and over such a length of time. Valuable to many fields, this book will be a springboard for much future scholarship."—Richard Sicotte, University of Vermont

"Through a mix of international history and analysis, this book delves into the idea that U.S. administrations historically found themselves compelled to use military and other coercive force overseas on behalf of American private interests threatened with or suffering expropriation, usually by revolutionary governments. An ambitious work."—Eric Rauchway, author of Blessed Among Nations: How the World Made America