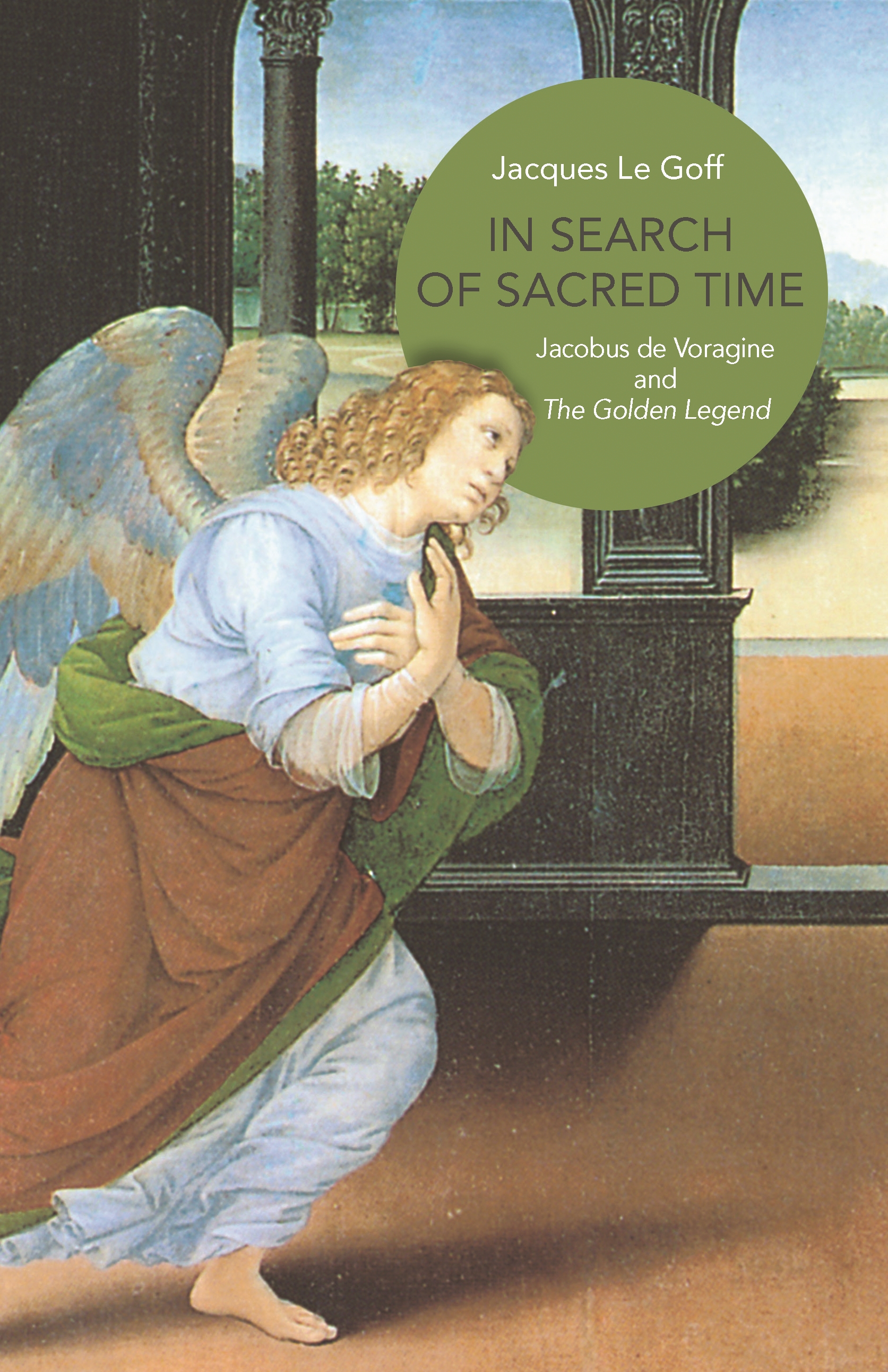 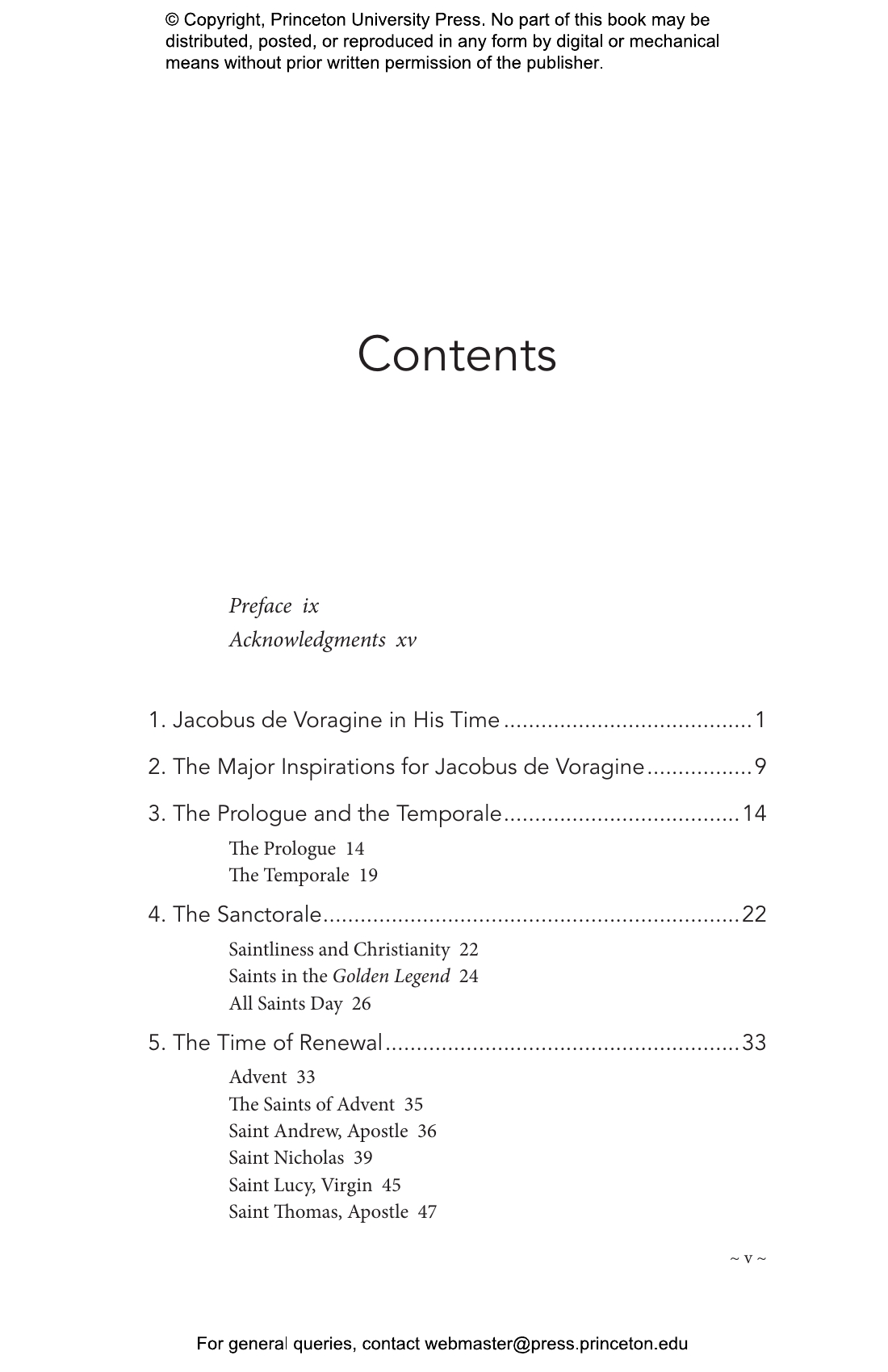 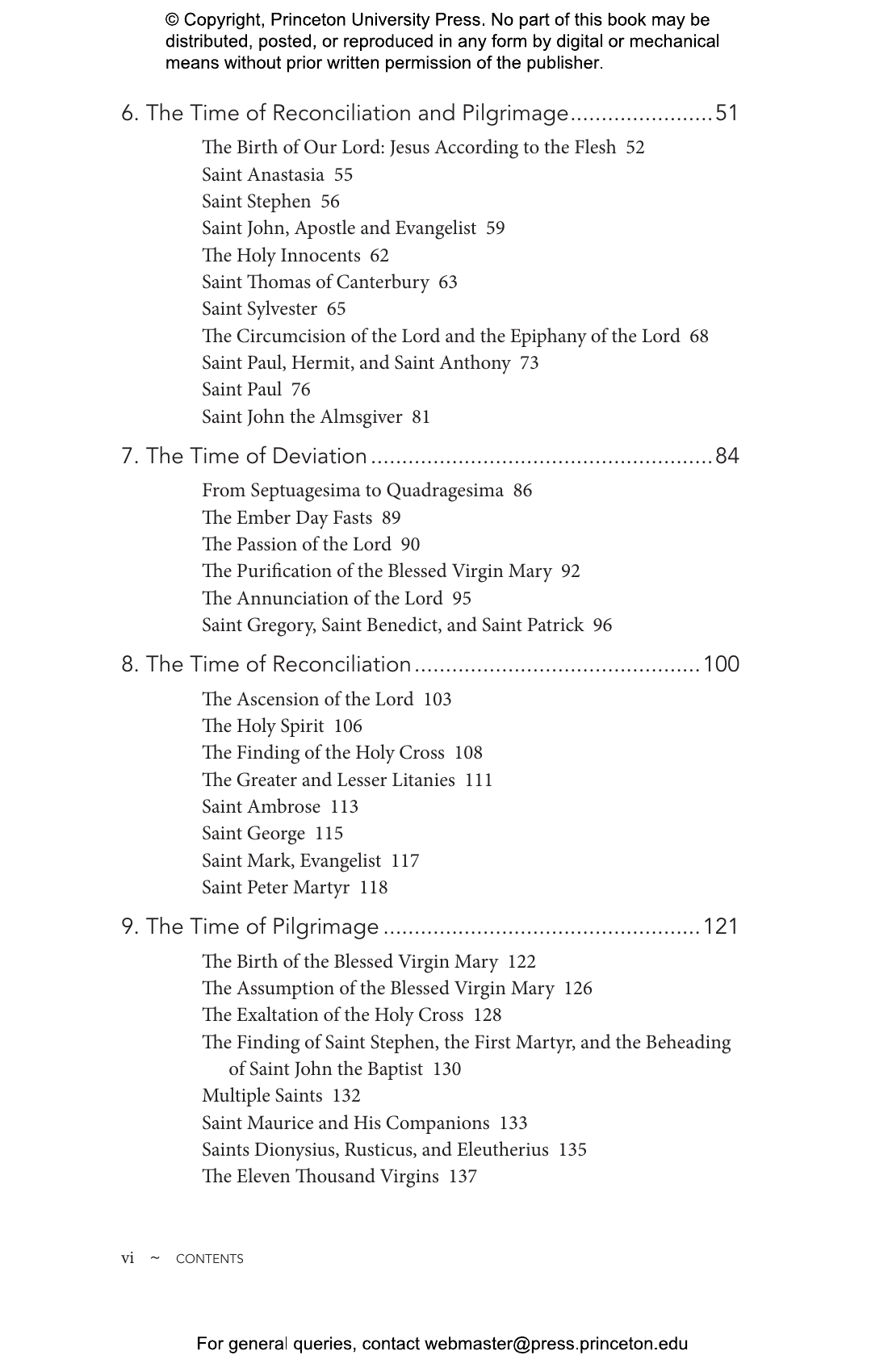 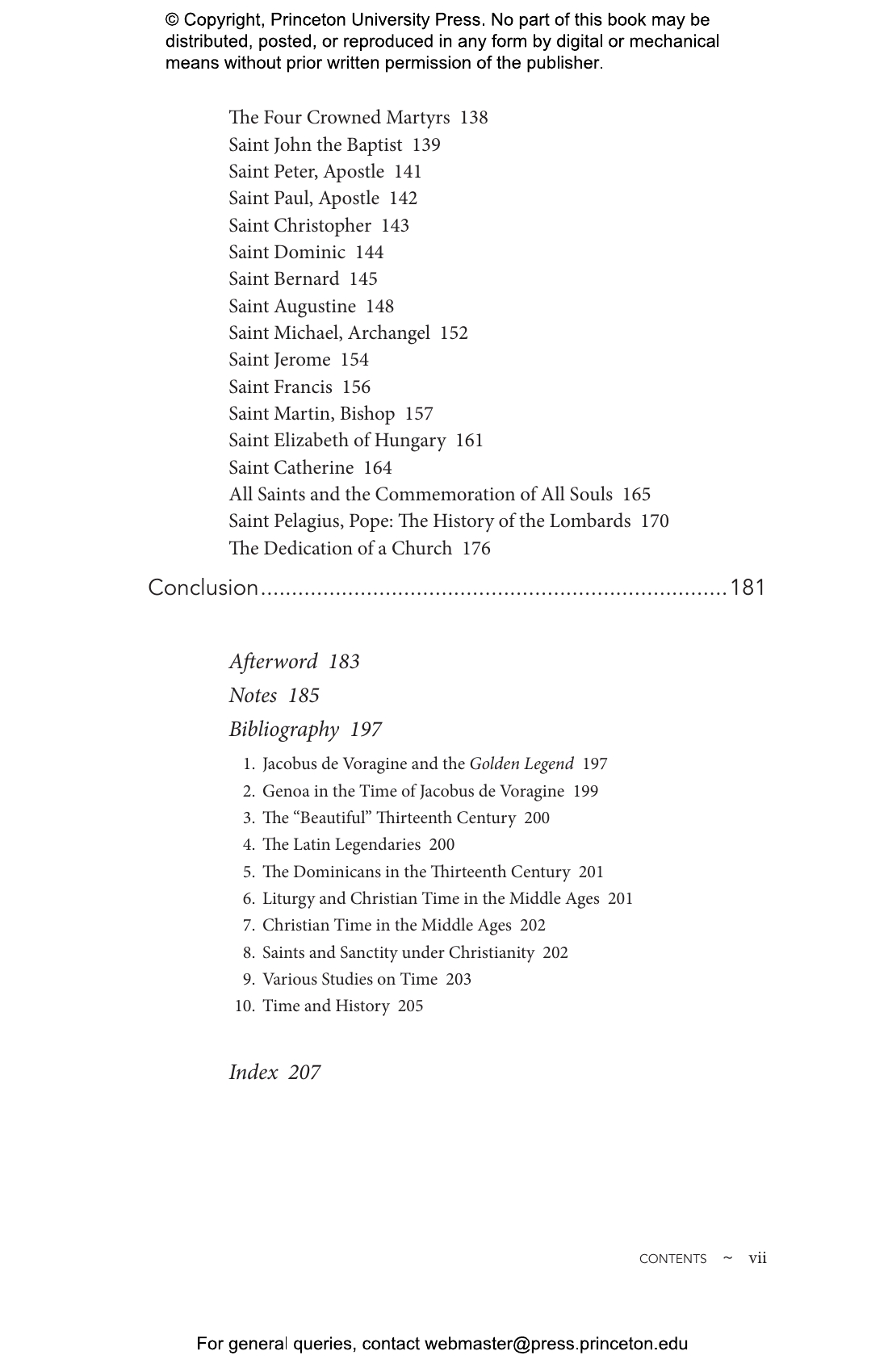 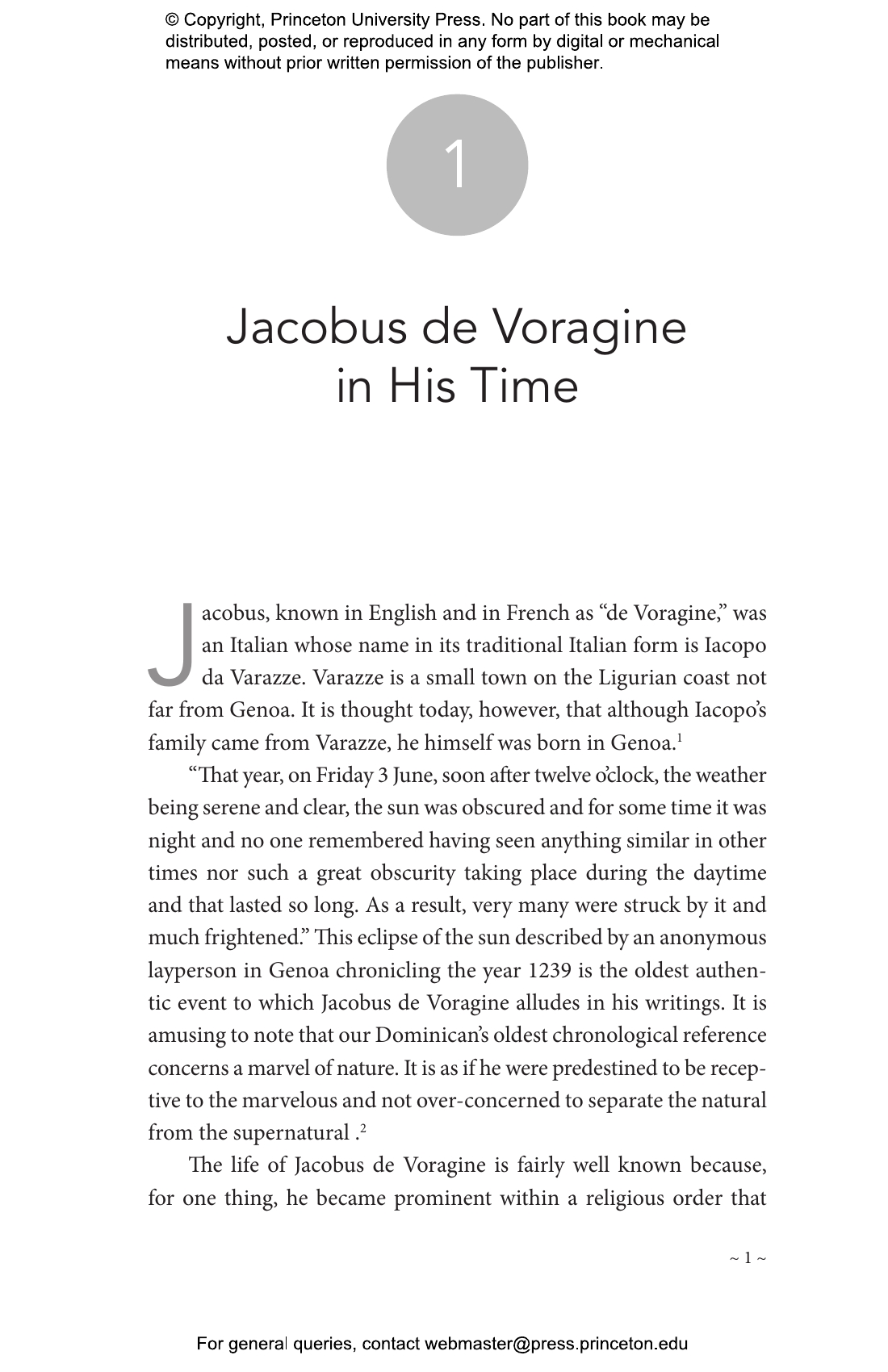 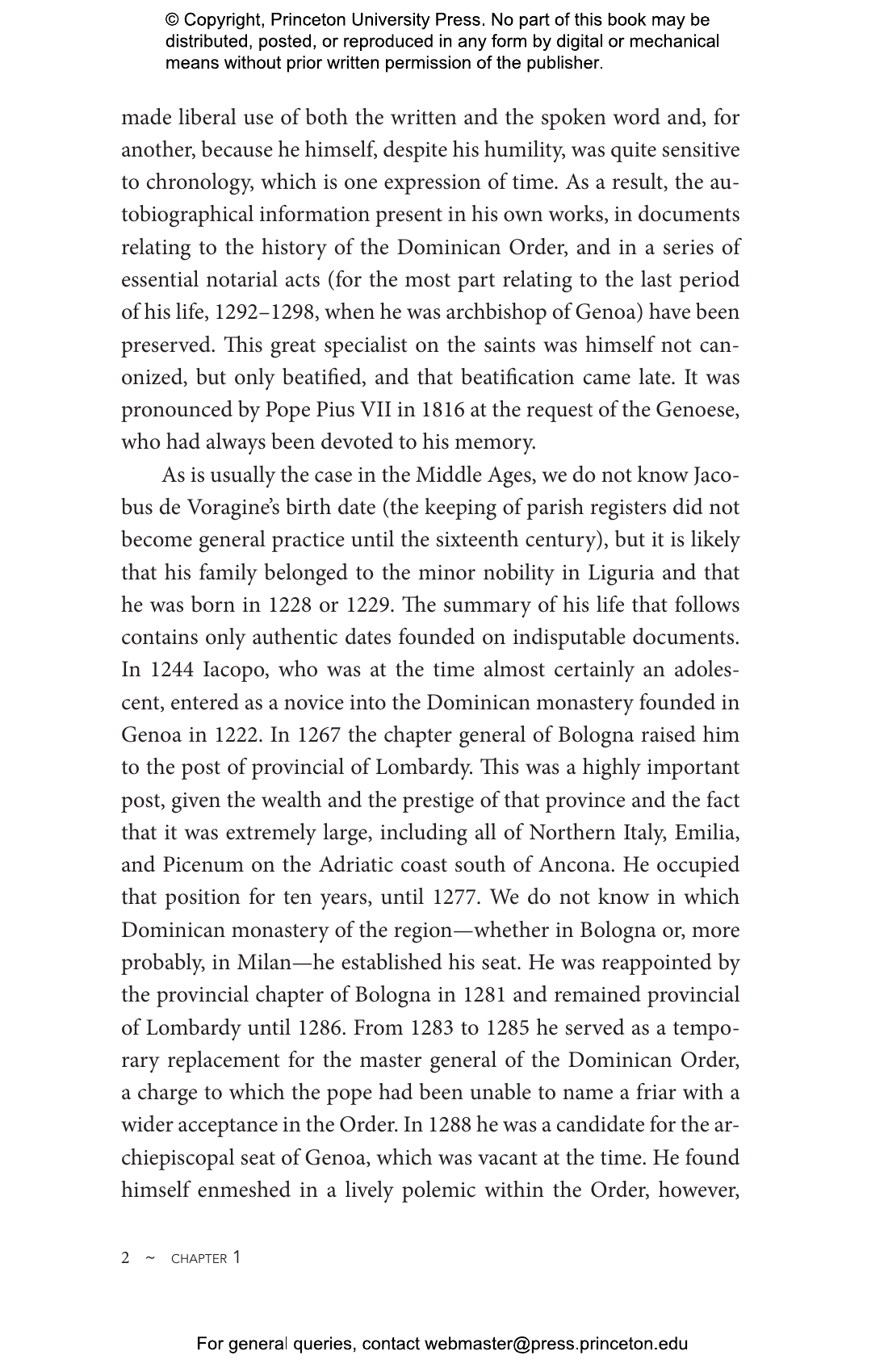 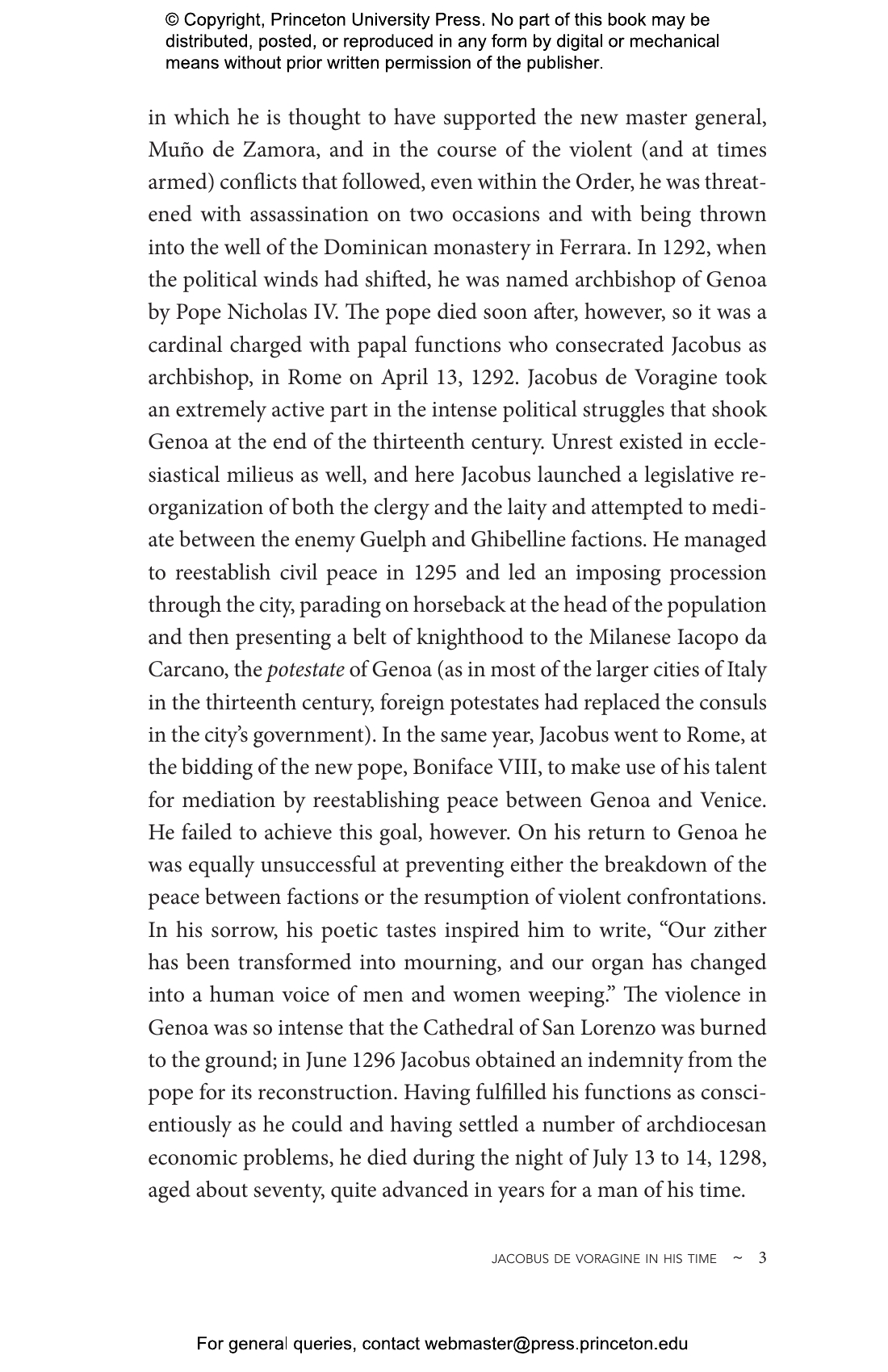 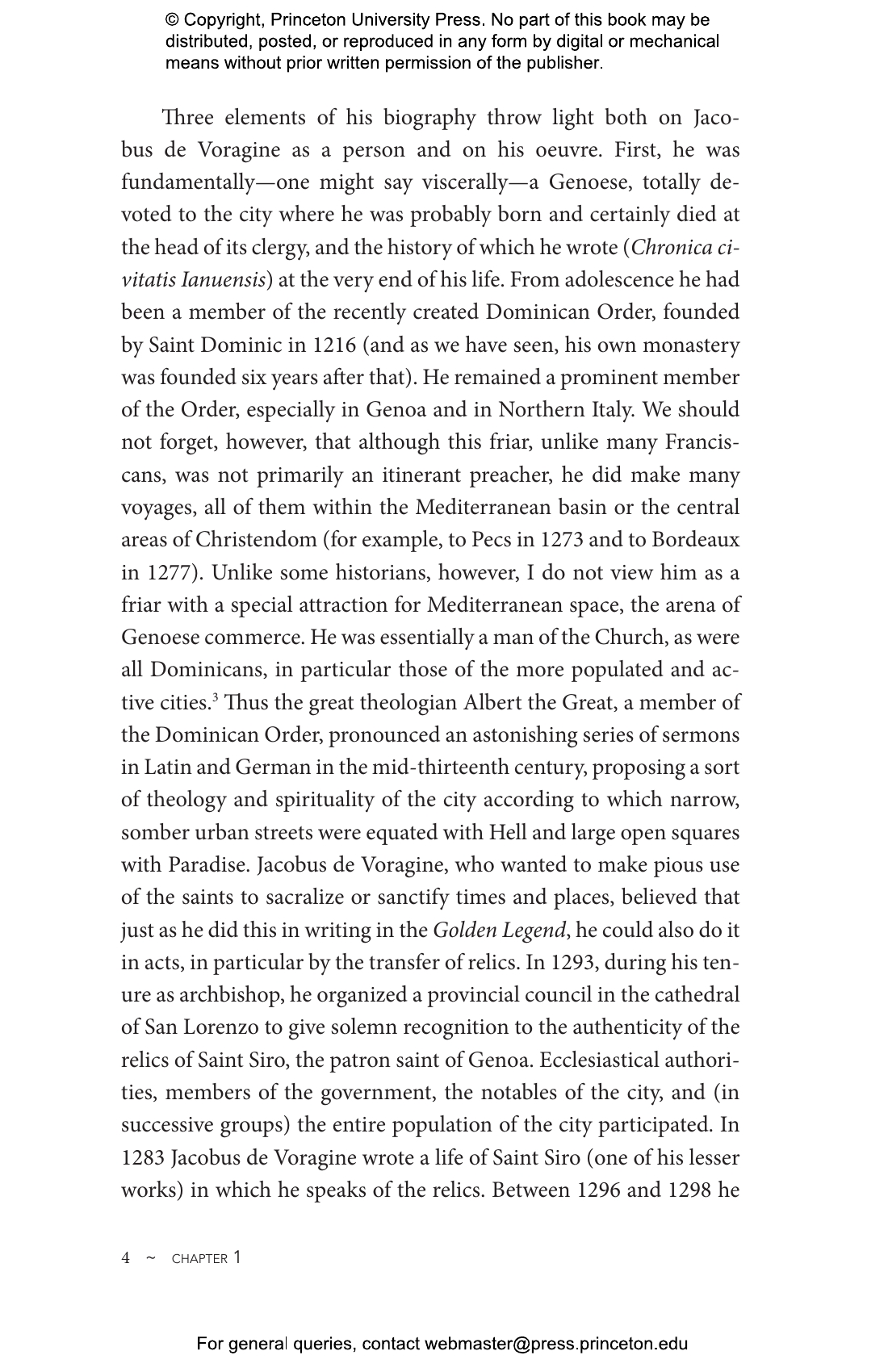 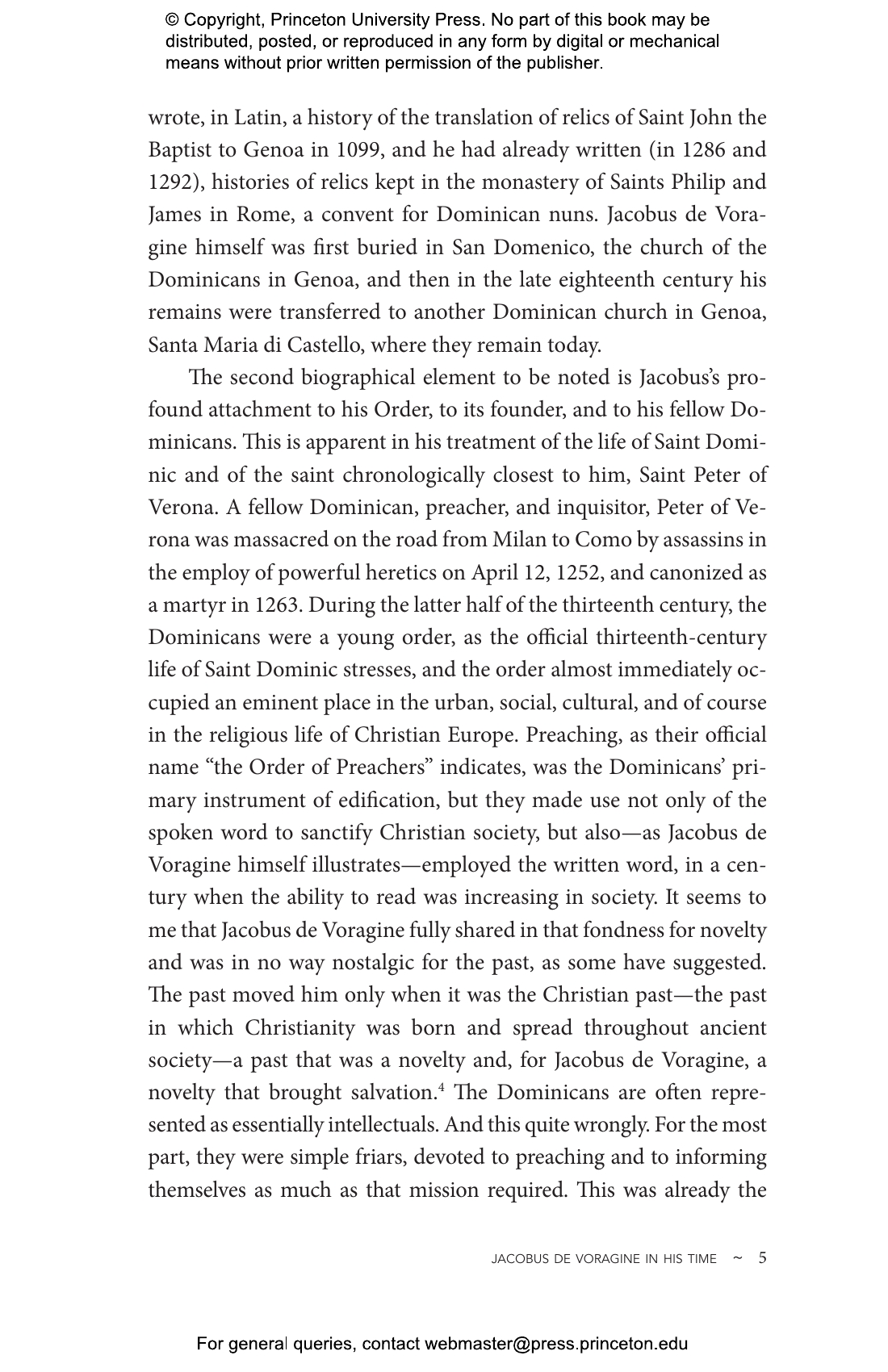 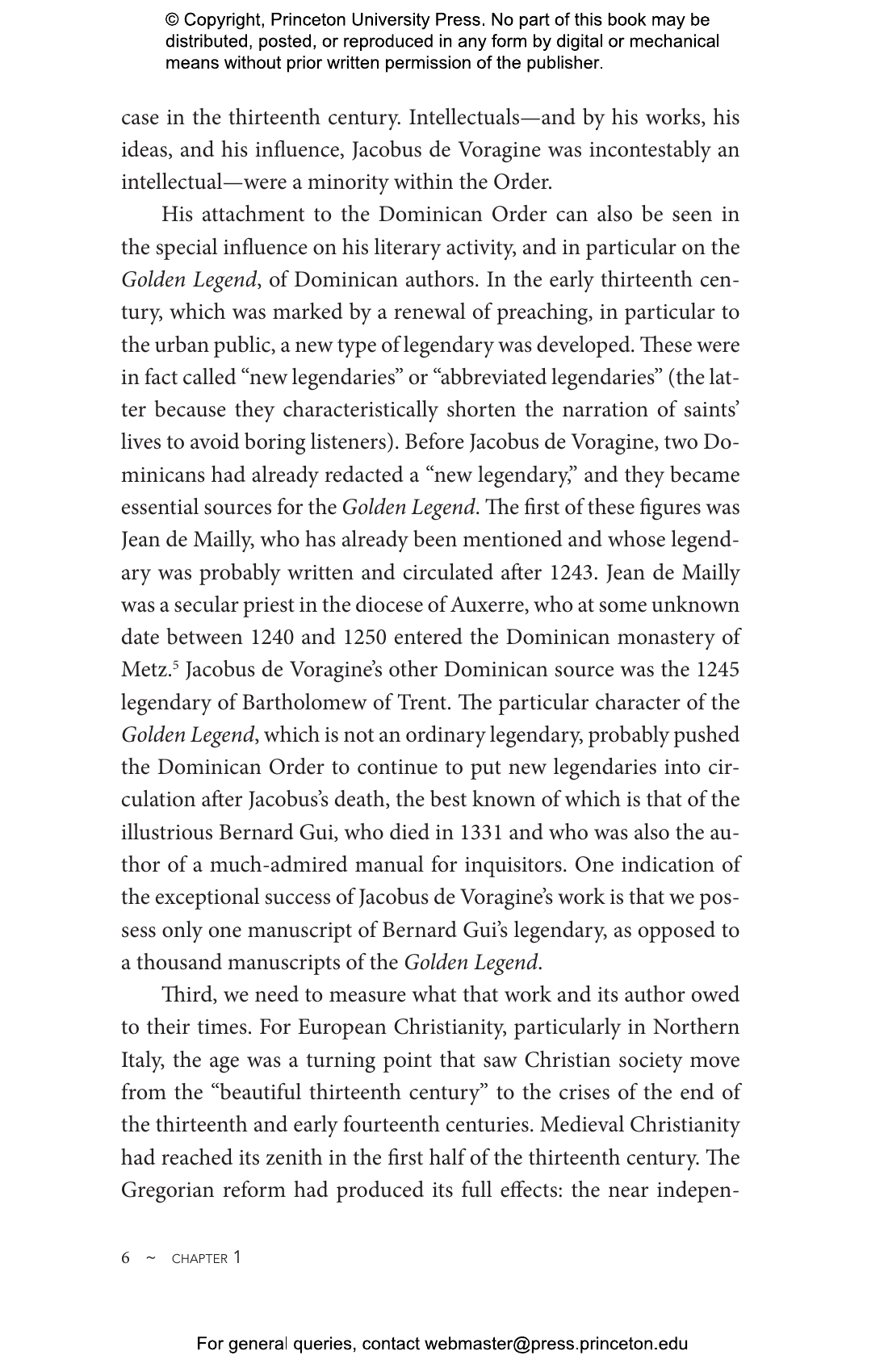 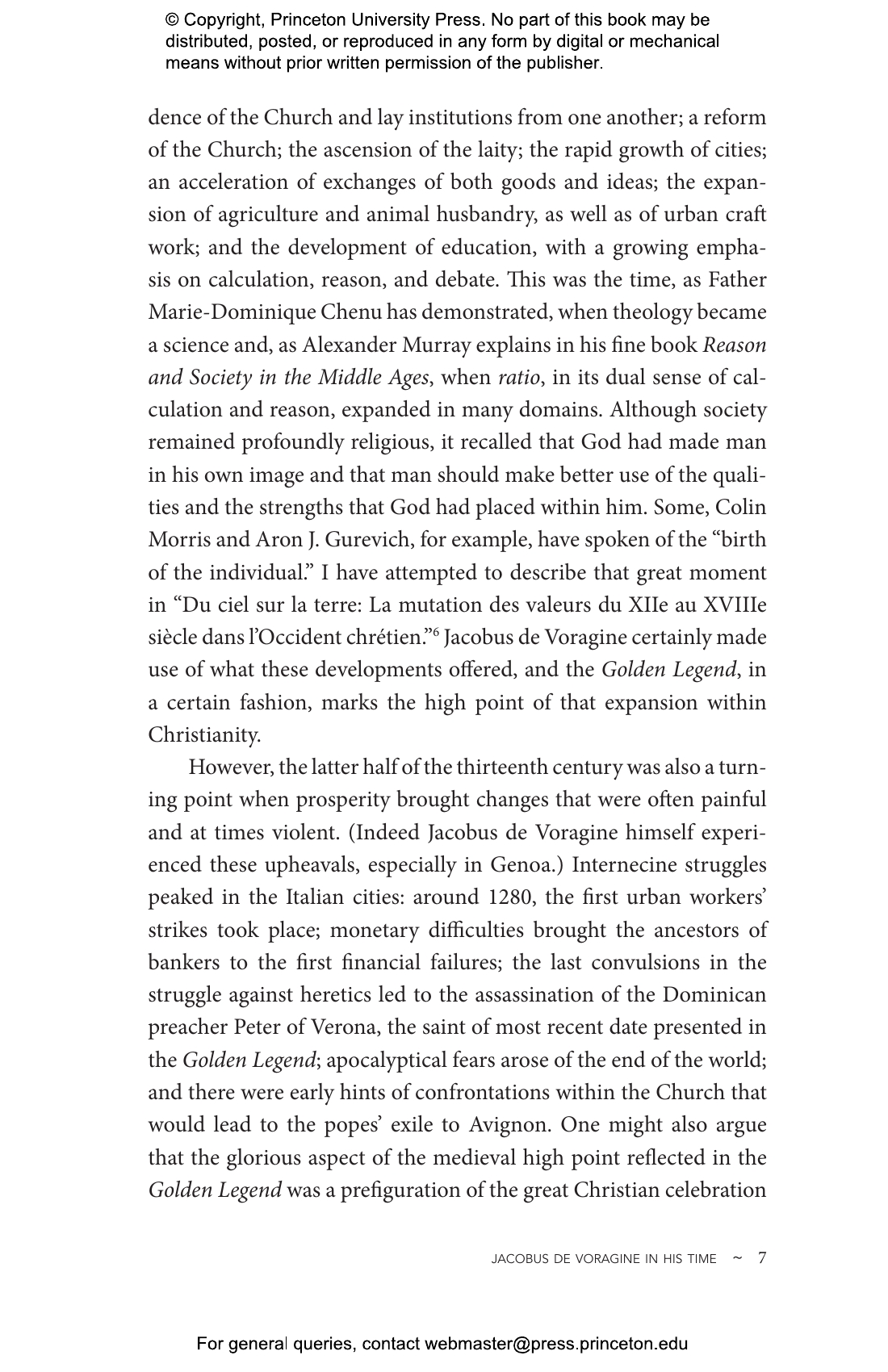 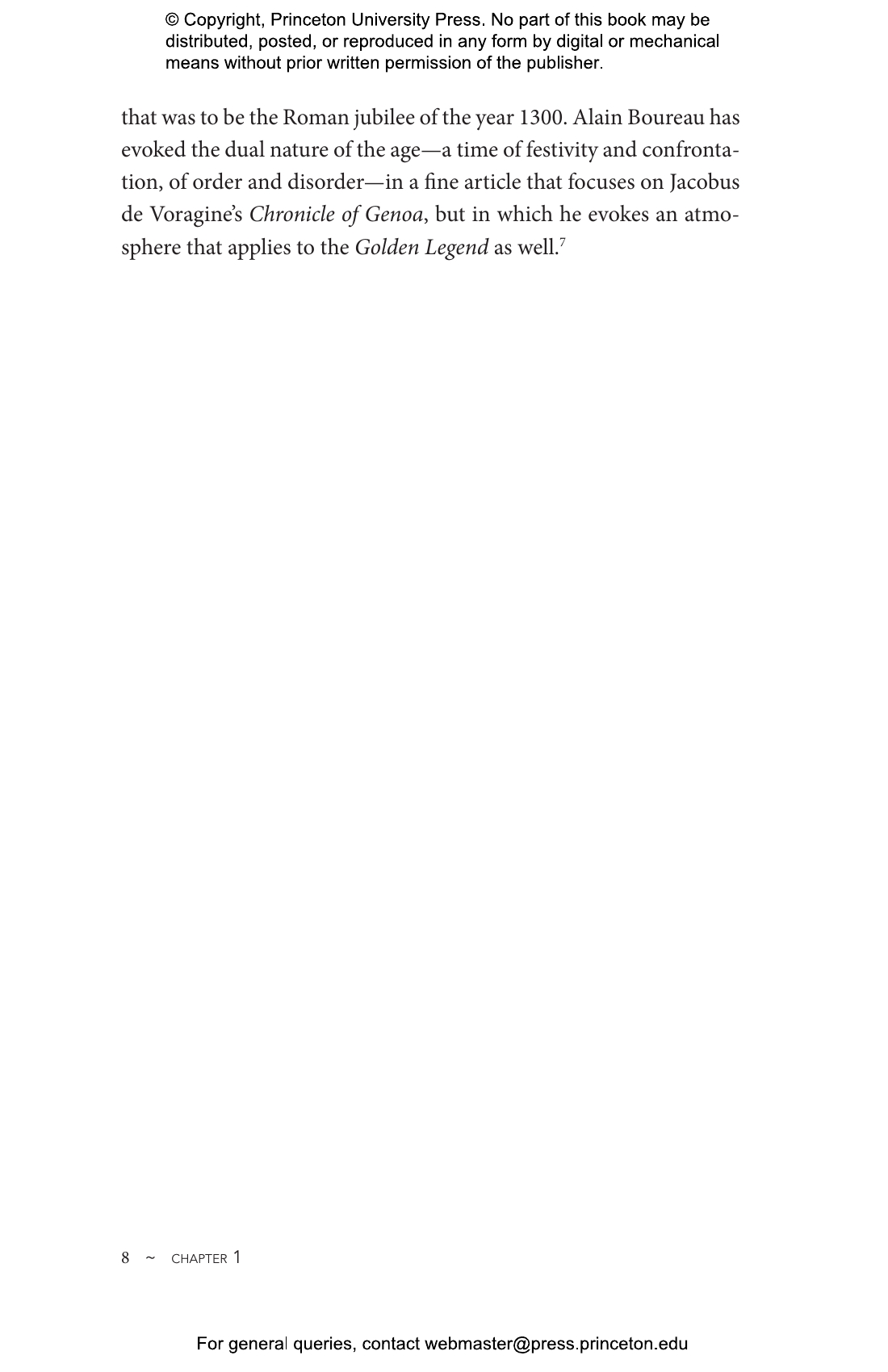 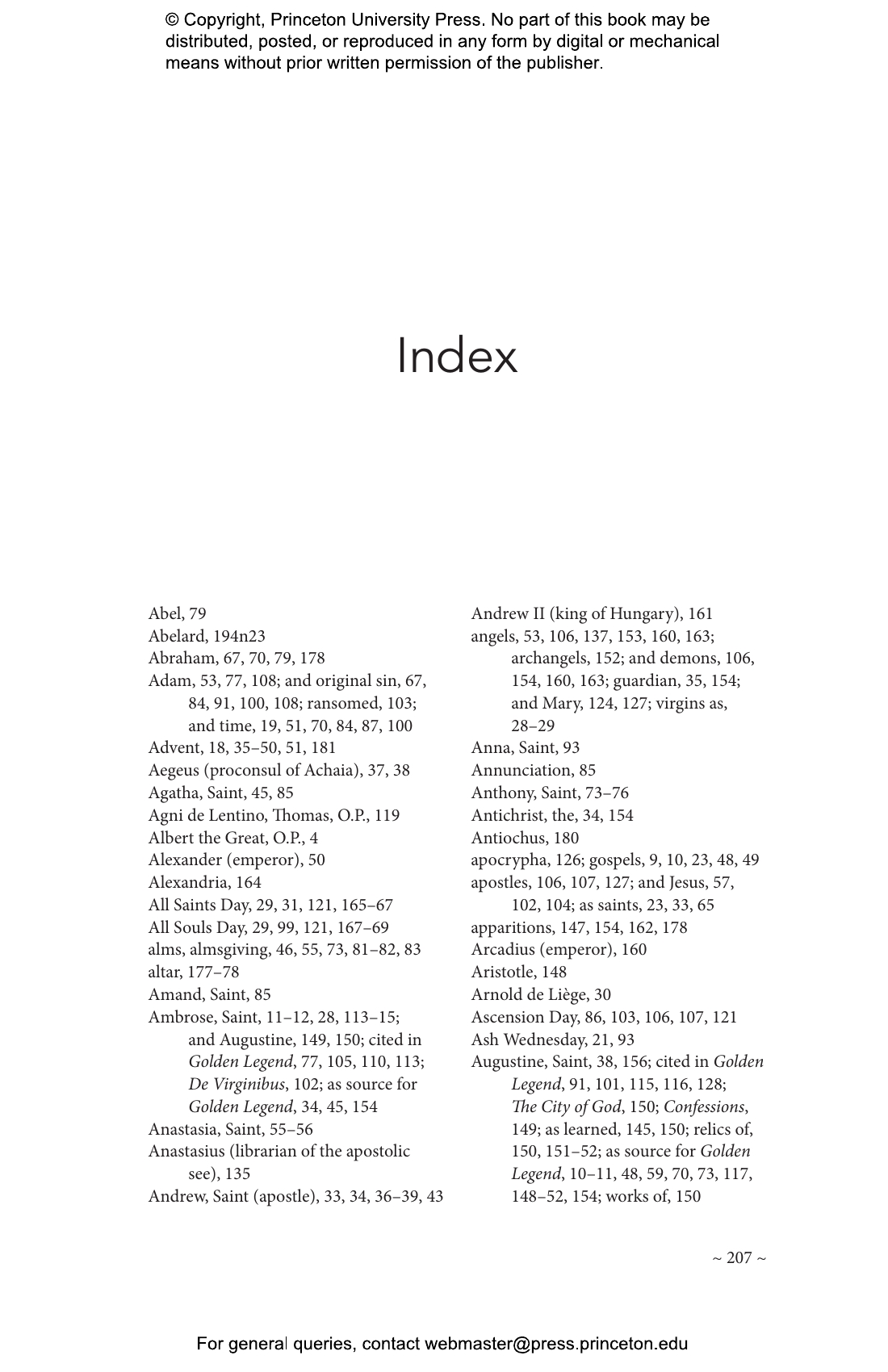 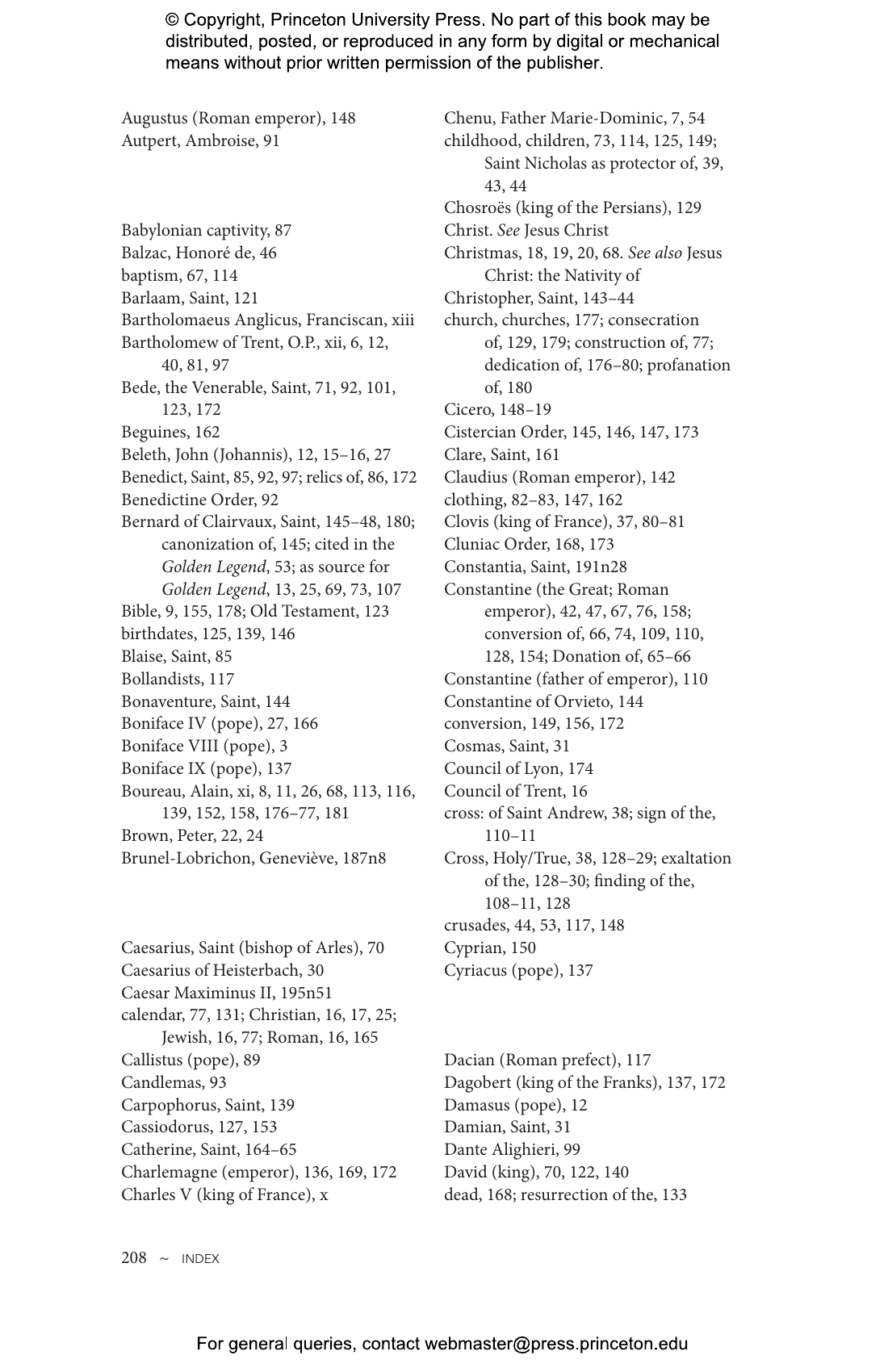 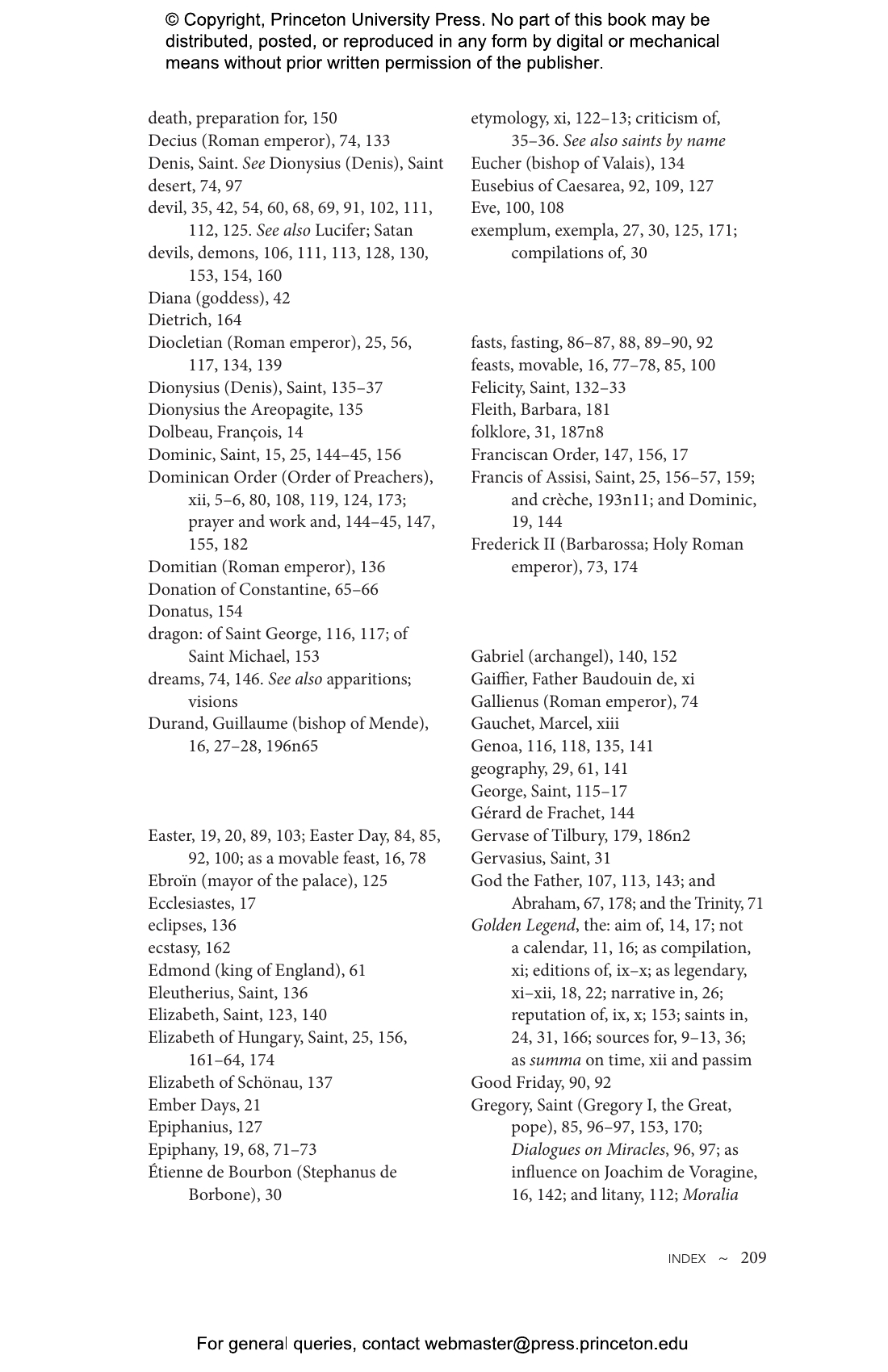 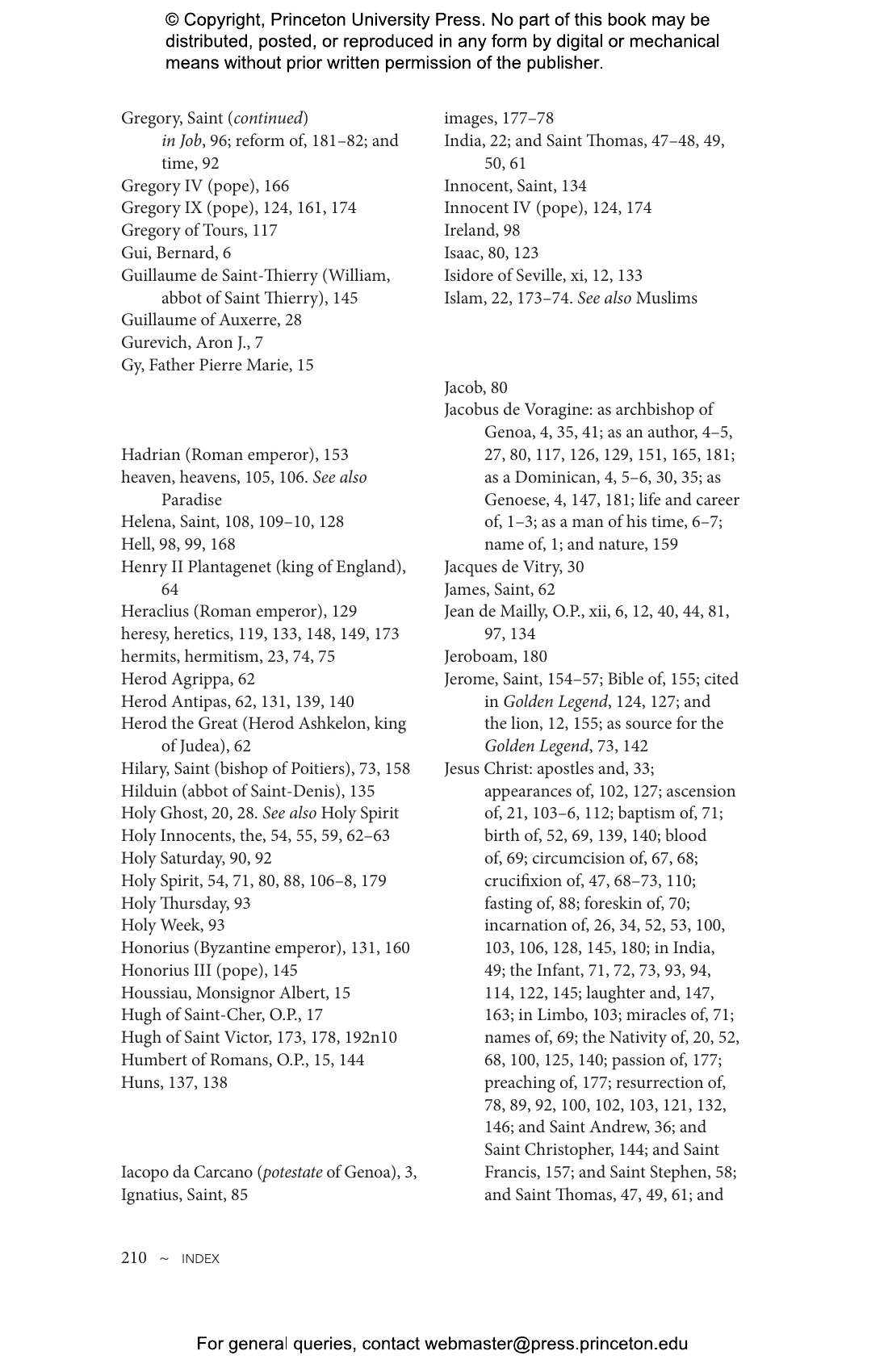 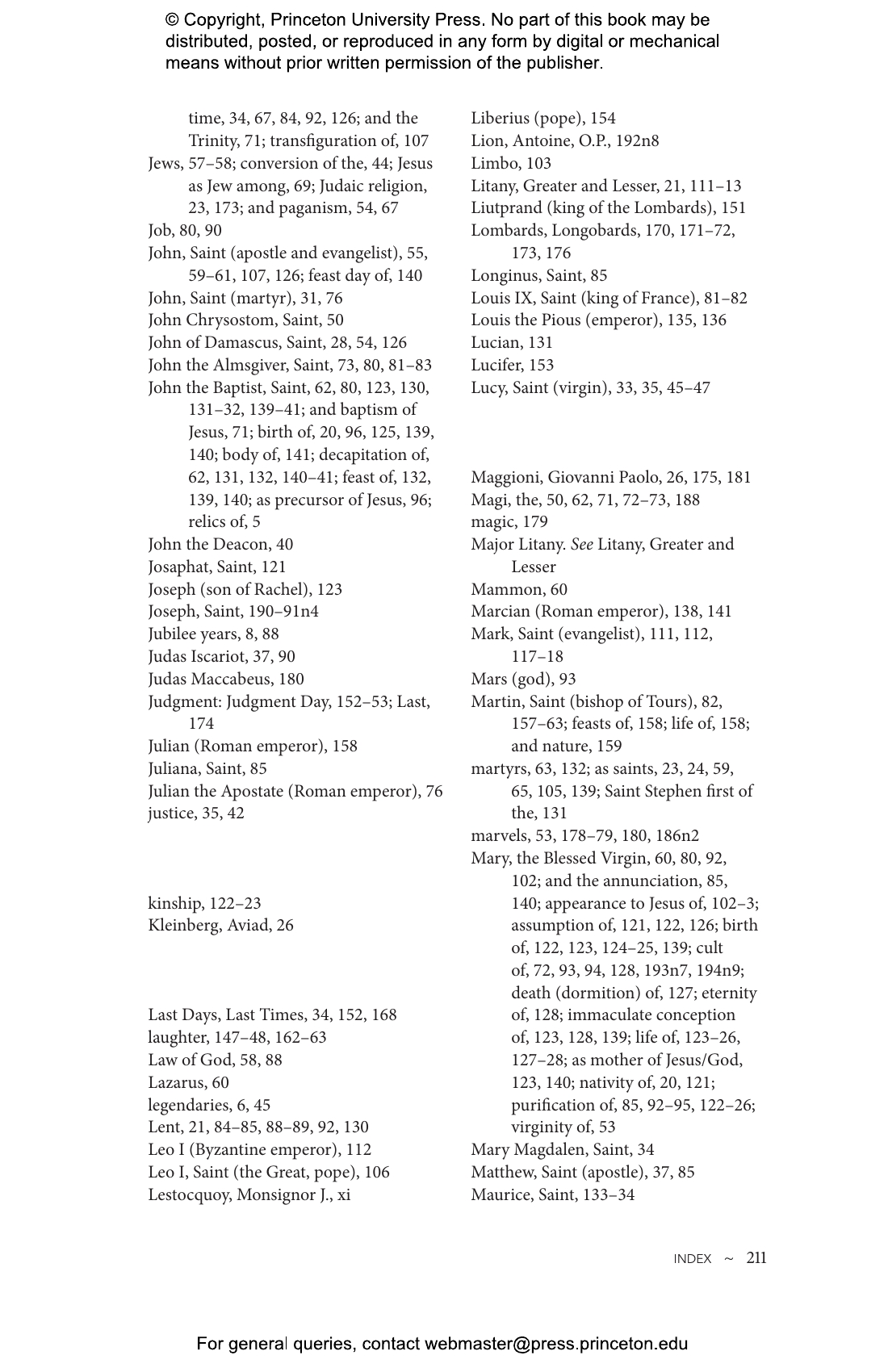 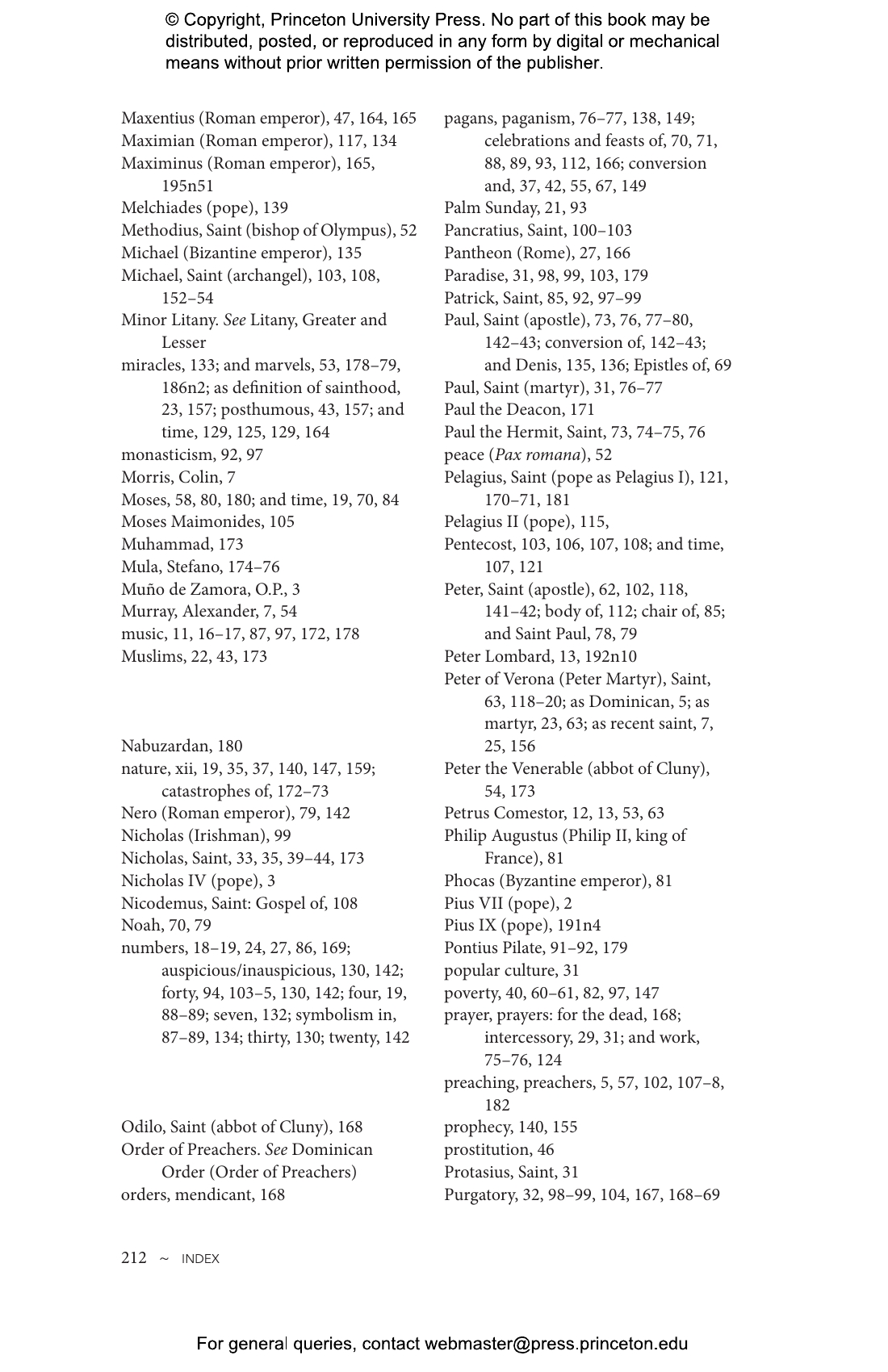 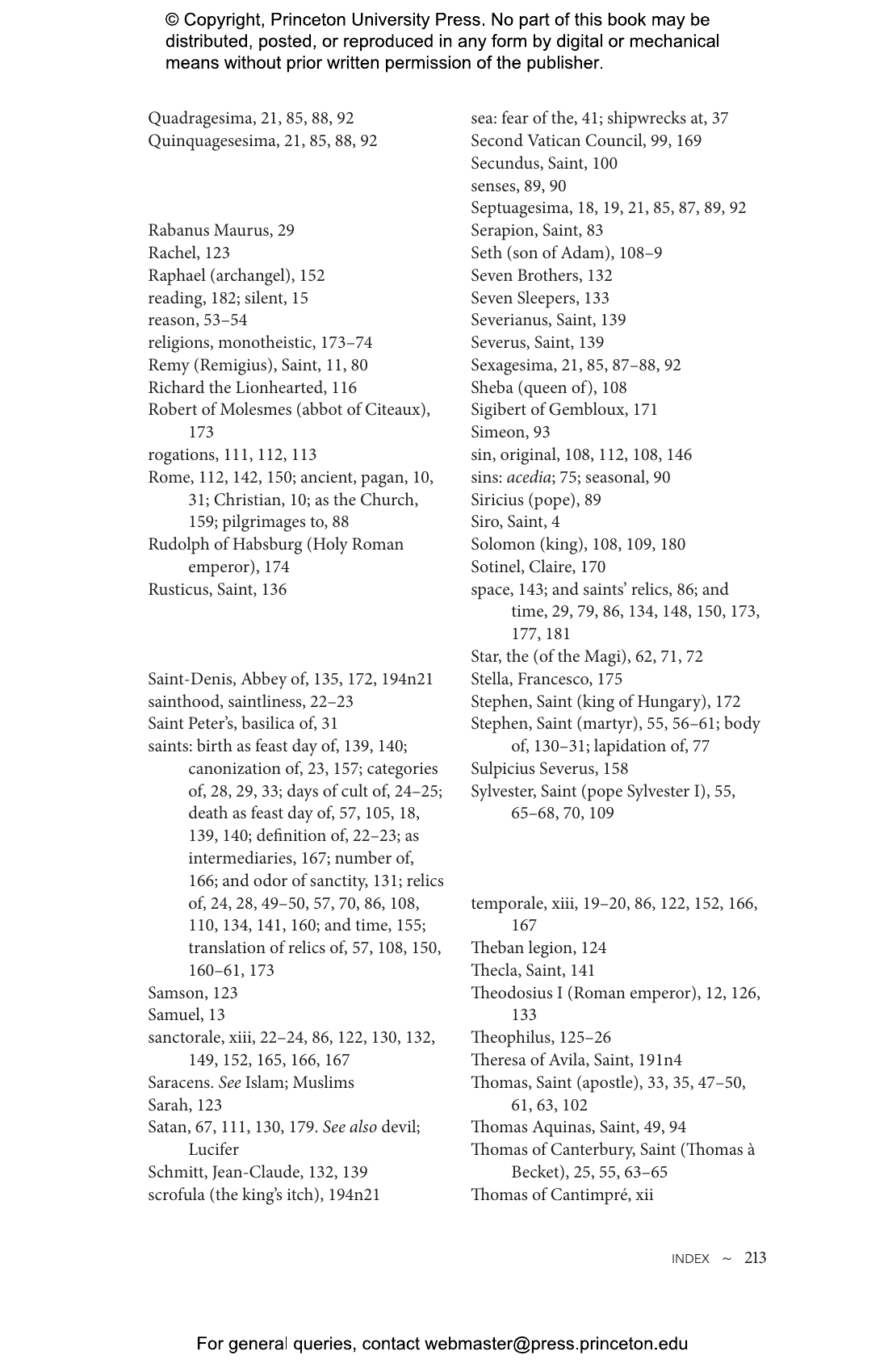 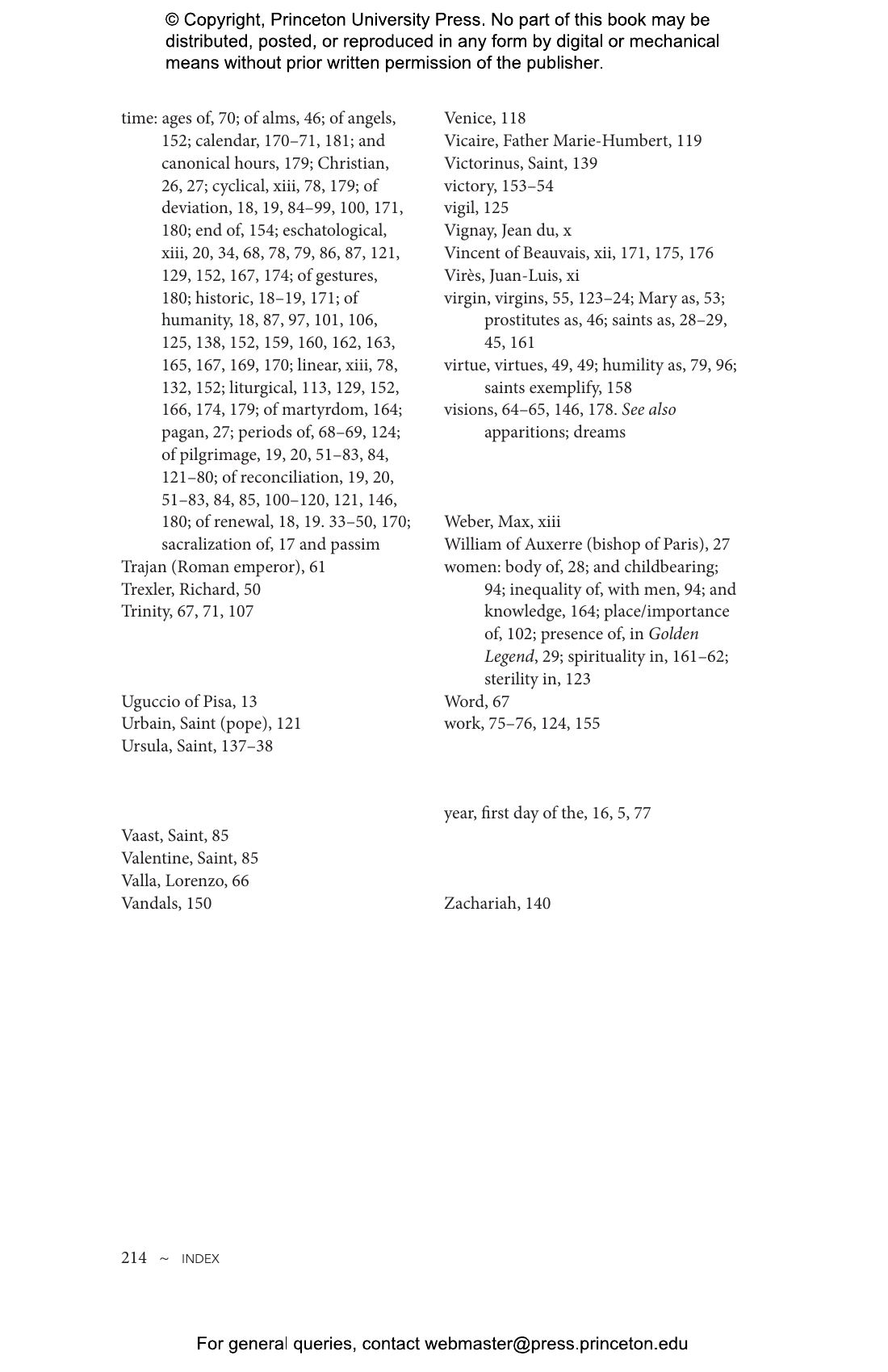 How The Golden Legend shaped the medieval imagination 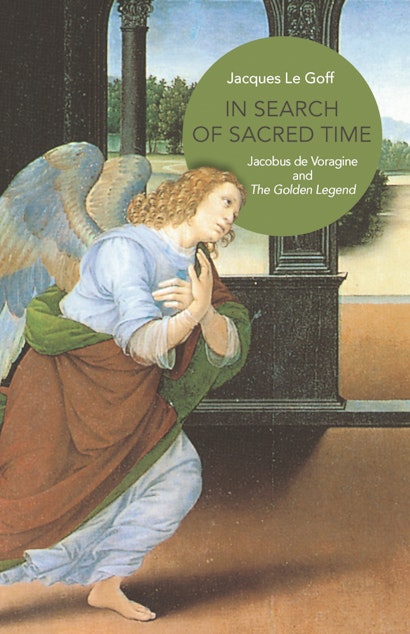 It is impossible to understand the late Middle Ages without grasping the importance of The Golden Legend, the most popular medieval collection of saints’ lives. Assembled for clerical use in the thirteenth century by Genoese archbishop Jacobus de Voragine, the book became the medieval equivalent of a best seller. By 1500, there were more copies of it in circulation than there were of the Bible itself. Priests drew on The Golden Legend for their sermons, the faithful used it for devotion and piety, and artists and writers mined it endlessly in their works. In Search of Sacred Time is the first comprehensive history and interpretation of this crucial book. Jacques Le Goff, one of the world’s most renowned medievalists, provides a lucid, compelling, and unparalleled account of why and how The Golden Legend exerted such a profound influence on medieval life.

In Search of Sacred Time explains how The Golden Legend—an encyclopedic work that followed the course of the liturgical calendar and recounted the life of the saint for each feast day—worked its way into the fabric of medieval life. Le Goff describes how this ambitious book was carefully crafted to give sense and shape to the Christian year, underscoring its meaning and drama through the stories of saints, miracles, and martyrdoms. Ultimately, Le Goff argues, The Golden Legend influenced how medieval Christians perceived the passage of time, Christianizing time itself and reconciling human and divine temporality.

Authoritative, eloquent, and original, In Search of Sacred Time is a major reinterpretation of a book that is central to comprehending the medieval imagination.

Jacques Le Goff is a world-renowned historian of the Middle Ages. His many books include Medieval Civilization, The Birth of Europe, and The Medieval Imagination.

"Generally arranged in order of the church year, beginning with Advent, the saints' lives appear chronologically, thus representing liturgical time, calendar time, sanctoral time, and divine time—the latter organizing sacred history into four periods from creation to consummation. . . . This interpretive book by a master will complement the original text for medievalists and their students."—Choice

"A testament to Le Goff's deep understanding of and passion for the Middle Ages. He breathes new life into a frequently studied subject. . . . In Search of Sacred Time offers both an innovative look into the past and the work of a historian whose research continues to influence successive generations of scholars. The vitality and spirit of ingenuity with which Le Goff describes the Golden Legend and its author is a reminder of the overall message of his scholarship."—Kristina Markman, Comitatus

"Praise for the French edition:"We too often forget that Christianity is not merely a belief or value system, but a conception of time sanctified by the coming of Christ. . . . To understand this, there is nothing better than reading this new book by Jacques Le Goff.""—Paul Francois Paoli, Le Figaro Litteraire

"Praise for the French edition:"Astonishing erudition and familiarity. . . . With Jacques Le Goff there is one thing that we are sure not to waste. Our time.""—Laurent Lemire, Le Nouvel Observateur

"In the distinguished historian Jacques Le Goff, The Golden Legend has found an interpreter whose prose shimmers as radiantly as the precious metal evoked in the title of the great compendium itself. Le Goff's reading is brilliant and wholly persuasive, providing a riveting sense of what contemporary readers and listeners perceived in this most popular book. In Search of Sacred Time is a lovely meditation, one of the most moving pieces of scholarship I have ever read."—William Chester Jordan, Princeton University

"In this penetrating and enlightening study, the great medievalist Jacques Le Goff demonstrates how The Golden Legend, far from being a mere collection of pious legends or saints' lives, is a carefully constructed meditation on Christian time. Engaging readers in the subtlety and beauty of medieval culture, Le Goff reveals how The Golden Legend was designed to show that the stories of saints and their passions marked time and helped make it sacred."—Patrick Geary, Institute for Advanced Study, Princeton

"This is a comprehensive and innovative interpretation of The Golden Legend. Jacques Le Goff—one of the world's finest medieval historians—has produced a most engaging and important book. It combines utter authority, intellectual vigor, beautiful prose, and countless rich insights into medieval culture. Taking the approach of a cultural historian, Le Goff shows why the vastly ambitious Golden Legend had such a tremendous purchase on the medieval imagination."—Miri Rubin, Queen Mary University of London