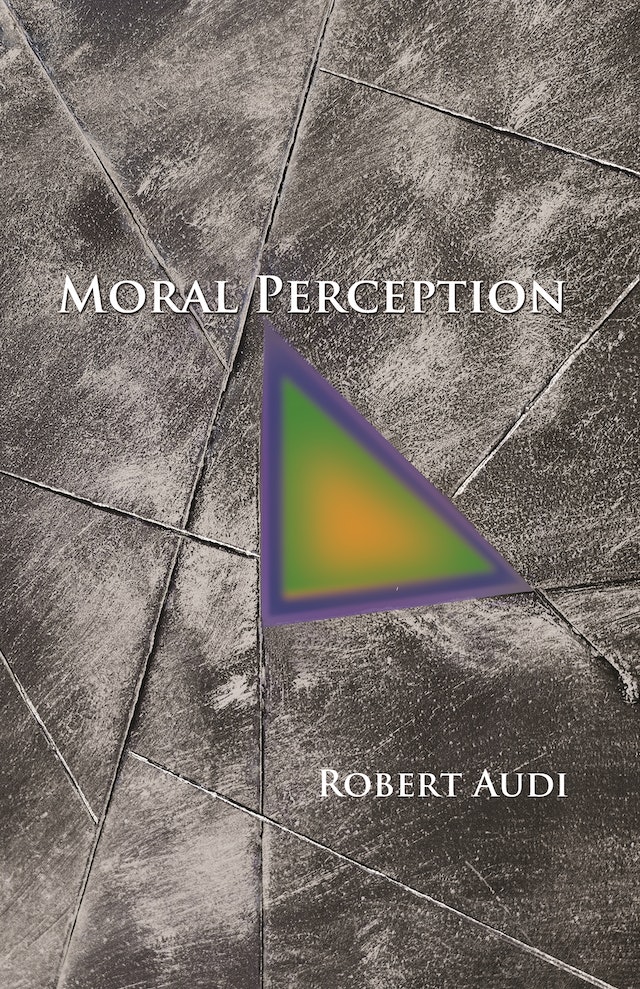 We can see a theft, hear a lie, and feel a stabbing. These are morally important perceptions. But are they also moral perceptions — distinctively moral responses? In this book, Robert Audi develops an original account of moral perceptions, shows how they figure in human experience, and argues that they provide moral knowledge. He offers a theory of perception as an informative representational relation to objects and events. He describes the experiential elements in perception, illustrates moral perception in relation to everyday observations, and explains how moral perception justifies moral judgments and contributes to objectivity in ethics.

Moral perception does not occur in isolation. Intuition and emotion may facilitate it, influence it, and be elicited by it. Audi explores the nature and variety of intuitions and their relation to both moral perception and emotion, providing the broadest and most refined statement to date of his widely discussed intuitionist view in ethics. He also distinguishes several kinds of moral disagreement and assesses the challenge it poses for ethical objectivism.

Philosophically argued but interdisciplinary in scope and interest, Moral Perception advances our understanding of central problems in ethics, moral psychology, epistemology, and the theory of the emotions.

Robert Audi is John A. O'Brien Professor of Philosophy at the University of Notre Dame. His books include Moral Knowledge and Ethical Character, Moral Value and Human Diversity, The Good in the Right (Princeton), and Practical Reasoning and Ethical Decision.

"At a minimum, Moral Perception has redefined the terms of the future of the moral perception debate through brilliant attention to clear distinctions and the various ways in which moral perception must account for neighboring phenomena in aesthetics and psychology. Throughout the chapters, you can just 'see' the virtues of Audi's arguments; although to figure out how this is possible, you must still read the book."—Kevin DeLapp, Social Theory and Practice

"Thanks to the epistemological depth and the direct access to the major topics of the contemporary debate, this book enriches Audi's philosophy in a way that reasonably makes him one of the most influential moral philosophers of our time."—Simone Grigoletlo, Universa., Recensioni di Filosofia

"[H]is book proves quite interesting as he explores how moral perception relates to intuition, aesthetic perception, and emotion. . . . His analysis and discussion of how moral perception and intuition can be both rational yet non-inferential is a helpful and welcome addition to his already substantial work in epistemology."—James Taggart, Metapsychology Online Reviews

"Audi's is the first book-length treatment of the topic, and is further distinguished by its placing the discussion of moral perception in the context of a comprehensive epistemology and philosophy of mind. It is a rich and thought-provoking work which will engage philosophers from a variety of areas."—Robert Cowan, Mind

"Moral Perception contains a great deal that is of interest, and represents an important contribution to an ongoing debate."—Stephen Ingram, Journal of Moral Philosophy

"This book defends the most illuminating and novel theory of moral perception to date. In making a case for objectivity in ethics, Robert Audi insightfully explores the relations between moral perception, intuition, emotion, and imagination. His clear and engaging style, and his use of many examples to explain and illuminate the key distinctions and ideas, makes the book accessible to students, while its substantial contribution to ethical theory makes it a must-read for experts."—Mark Timmons, University of Arizona

"I don't know of any other work in recent years that has examined moral perception so thoroughly or with such epistemological sophistication. Audi's book makes an important contribution to the unduly neglected field of moral epistemology, and it should interest a broad philosophical audience."—Noah Lemos, College of William and Mary