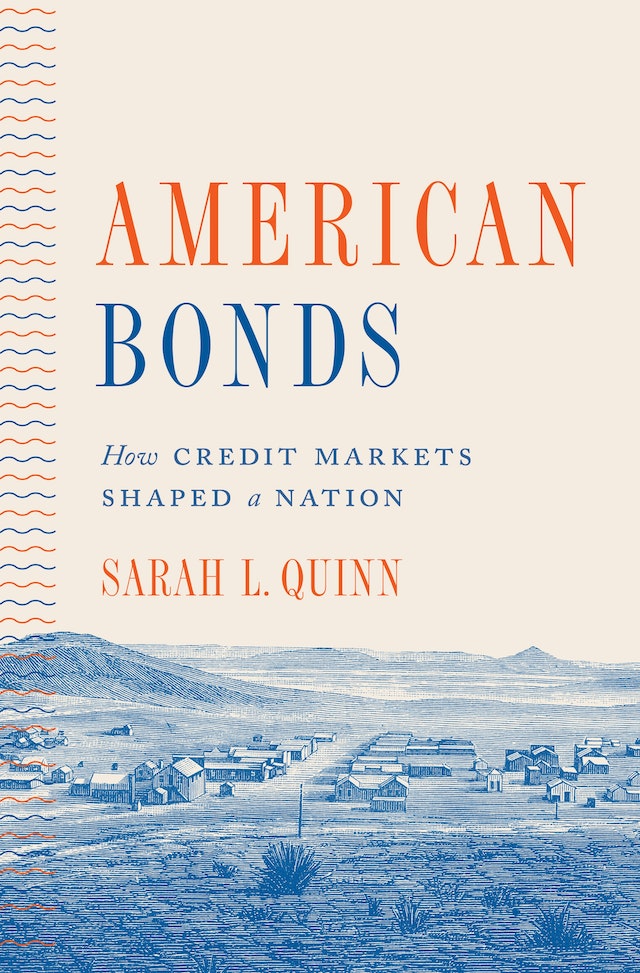 Federal housing finance policy and mortgage-backed securities have gained widespread attention in recent years because of the 2008 financial crisis, but issues of government credit have been part of American life since the nation’s founding. From the 1780s, when a watershed national land credit policy was established, to the postwar foundations of our current housing finance system, American Bonds examines the evolution of securitization and federal credit programs. Sarah Quinn shows that since the Westward expansion, the U.S. government has used financial markets to manage America’s complex social divides, and politicians and officials across the political spectrum have turned to land sales, home ownership, and credit to provide economic opportunity without the appearance of market intervention or direct wealth redistribution.

Highly technical systems, securitization, and credit programs have been fundamental to how Americans determined what they could and should owe one another. Over time, government officials embraced credit as a political tool that allowed them to navigate an increasingly complex and fractured political system, affirming the government’s role as a consequential and creative market participant. Neither intermittent nor marginal, credit programs supported the growth of powerful industries, from railroads and farms to housing and finance; have been used for disaster relief, foreign policy, and military efforts; and were promoters of amortized mortgages, lending abroad, venture capital investment, and mortgage securitization.

Sarah L. Quinn is associate professor of sociology at the University of Washington.

“In American Bonds, Quinn performs an improbable alchemy. With superb insight, she transforms the seemingly arid technical terrain of credit markets into a vivid political, sociological, and moral territory. This book will attract not only specialists but also anyone interested in learning why and how government policy has shaped American lending practices.” —Viviana Zelizer, author of Economic Lives: How Culture Shapes the Economy

“American Bonds traces the historical development of the U.S. mortgage market over two centuries, and with it the evolution of credit as a powerful lever of statecraft. Quinn’s meticulously researched account shows how credit has long been central to policymakers’ attempts to resolve particularly American dilemmas of growth and distribution. This satisfying, accomplished book elaborates as no other work has done the ways in which credit organizes the American state and polity.”—Greta R. Krippner, University of Michigan

"In compelling detail, Quinn shows that credit is a durable, supple, but often invisible tool of domestic statecraft. For more than two centuries, the U.S. government’s regulation of finance spurred development and dramatically refashioned America’s social and economic landscape. With this insightful analysis, we can appreciate how credit became a key site of social and political conflict."—Bruce Carruthers, Northwestern University