The ultimate illustrated guide to the lost world of prehistoric mammals 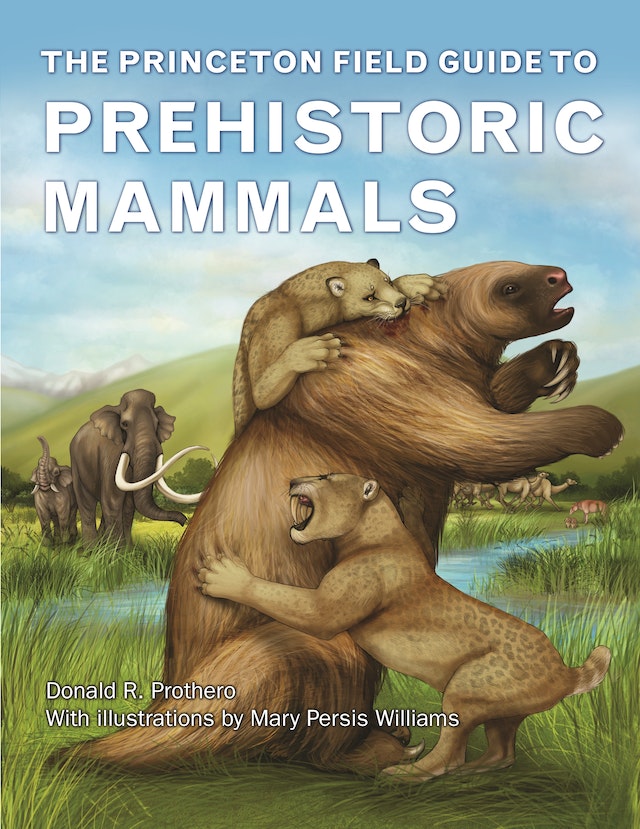 After the mass extinction of the dinosaurs 65 million years ago, mammals became the dominant terrestrial life form on our planet. Roaming the earth were spectacular beasts such as saber-toothed cats, giant mastodonts, immense ground sloths, and gigantic giraffe-like rhinoceroses. Here is the ultimate illustrated field guide to the lost world of these weird and wonderful prehistoric creatures.

A woolly mammoth probably won’t come thundering through your vegetable garden any time soon. But if one did, this would be the book to keep on your windowsill next to the binoculars. It covers all the main groups of fossil mammals, discussing taxonomy and evolutionary history, and providing concise accounts of the better-known genera and species as well as an up-to-date family tree for each group. No other book presents such a wealth of new information about these animals—what they looked like, how they behaved, and how they were interrelated. In addition, this unique guide is stunningly illustrated throughout with full-color reconstructions of these beasts—many never before depicted—along with photographs of amazing fossils from around the world.

Donald R. Prothero is research associate in vertebrate paleontology at the Natural History Museum of Los Angeles County and professor emeritus of geology at Occidental College. His many books include Greenhouse of the Dinosaurs: Evolution, Extinction, and the Future of Our Planet, Evolution: What the Fossils Say and Why It Matters, and After the Dinosaurs: The Age of Mammals.

"With a focus on the 66 million years since the end-Cretaceous extinction stripped away all dinosaurs but birds, Mr. Prothero's book ably demonstrates that mammalian evolution has been just as circuitous and strange as that of the terrible lizards. . . . [This book shows] the unexpected variety that life is capable of and raise[s] the question of what the next 235 million years will bring."—Brian Switek, Wall Street Journal

"Up-to-date, comprehensive, and very readable. Prothero is a renowned expert in this field, with decades of experience working on diverse groups of prehistoric mammals. He clearly knows his subject well and skillfully conveys this knowledge to readers."—Spencer G. Lucas, New Mexico Museum of Natural History and Science