From one of the world's leading authorities on the subject, an innovative and comprehensive account of religion in the ancient Roman and Mediterranean world 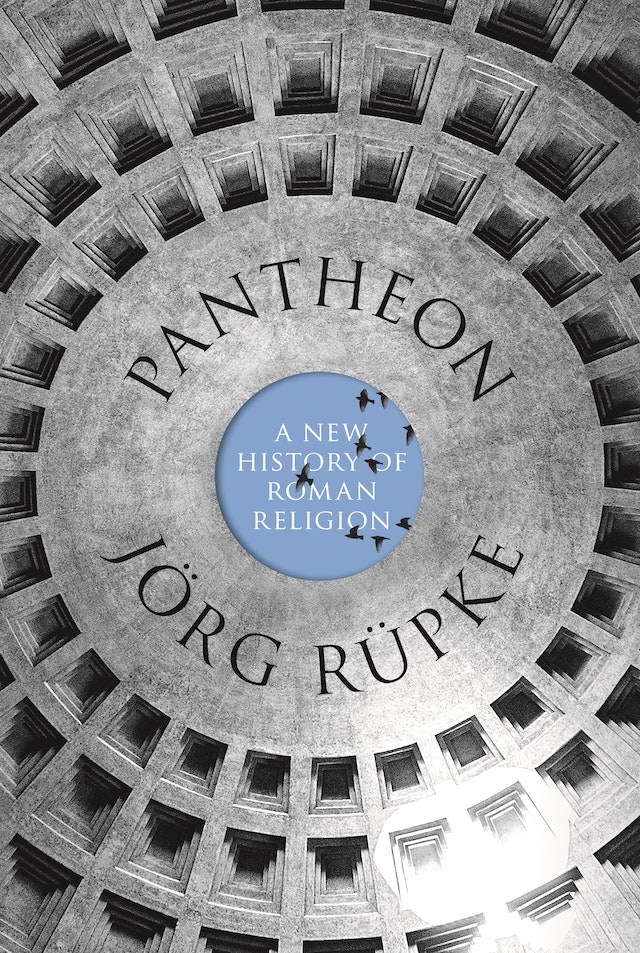 In this ambitious and authoritative book, Jörg Rüpke provides a comprehensive and strikingly original narrative history of ancient Roman and Mediterranean religion over more than a millennium—from the late Bronze Age through the Roman imperial period and up to late antiquity. While focused primarily on the city of Rome, Pantheon fully integrates the many religious traditions found in the Mediterranean world, including Judaism and Christianity. This generously illustrated book is also distinguished by its unique emphasis on lived religion, a perspective that stresses how individuals’ experiences and practices transform religion into something different from its official form. The result is a radically new picture of both Roman religion and a crucial period in Western religion—one that influenced Judaism, Christianity, Islam, and even the modern idea of religion itself.

Drawing on a vast range of literary and archaeological evidence, Pantheon shows how Roman religion shaped and was shaped by its changing historical contexts from the ninth century BCE to the fourth century CE. Because religion was not a distinct sphere in the Roman world, the book treats religion as inseparable from political, social, economic, and cultural developments. The narrative emphasizes the diversity of Roman religion; offers a new view of central concepts such as “temple,” “altar,” and “votive”; reassesses the gendering of religious practices; and much more. Throughout, Pantheon draws on the insights of modern religious studies, but without “modernizing” ancient religion.

With its unprecedented scope and innovative approach, Pantheon is an unparalleled account of ancient Roman and Mediterranean religion.

Jörg Rüpke is vice-director and permanent fellow in religious studies at the Max Weber Center for Advanced Cultural and Social Studies at the University of Erfurt, Germany, and has been a visiting professor at the Collège de France, Princeton University, and the University of Chicago. His many books include On Roman Religion and From Jupiter to Christ.

"A genuinely fascinating and innovative book that proposes a radically new way of thinking about individual religious experience in the Roman world."—Peter Thonemann, Wall Street Journal

"[Rüpke] digs deep into the meaning of 'lived religion' for Romans, and his book gives a lucid and cogent historical overview."—Marina Warner, New York Review of Books

"The author brilliantly contextualizes the data and weaves it into an innovative and persuasive narrative that makes a major contribution to understanding Roman religion."—J. R. Asher, Choice

"A particular strength of Rüpke’s book is its focus on how change was accommodated in religious terms and on how religious activities might themselves be drivers of change."—Catharine Edwards, Literary Review

"The book is the work of a learned author, with a good knowledge of specialized literature from which he selects the most relevant, authorized and recent titles to illustrate particular aspects or to settle interpretative dilemmas."—Sorin Nemeti, Classica et Christiana

"A monumental work."—Csaba Szabó, Journal of Ancient History and Archaeology

"Strikingly ambitious, this new history of Roman religion represents a decisive contribution to the field. Going beyond a conventional history of religion, Jörg Rüpke integrates religion with political, economic, and social developments over more than a millennium—a span no one else has attempted to cover in a single volume. Rüpke's vast erudition, combined with his emphasis on individual experience and agency within this larger context, opens up a new way to understand religion itself, making this book a unique event."—Harriet Flower, Princeton University

"Pantheon is the crowning achievement of a scholar who has dedicated his career to a uniquely engaged exploration of ancient Roman religion in its entirety."—Zsuzsanna Várhelyi, Boston University