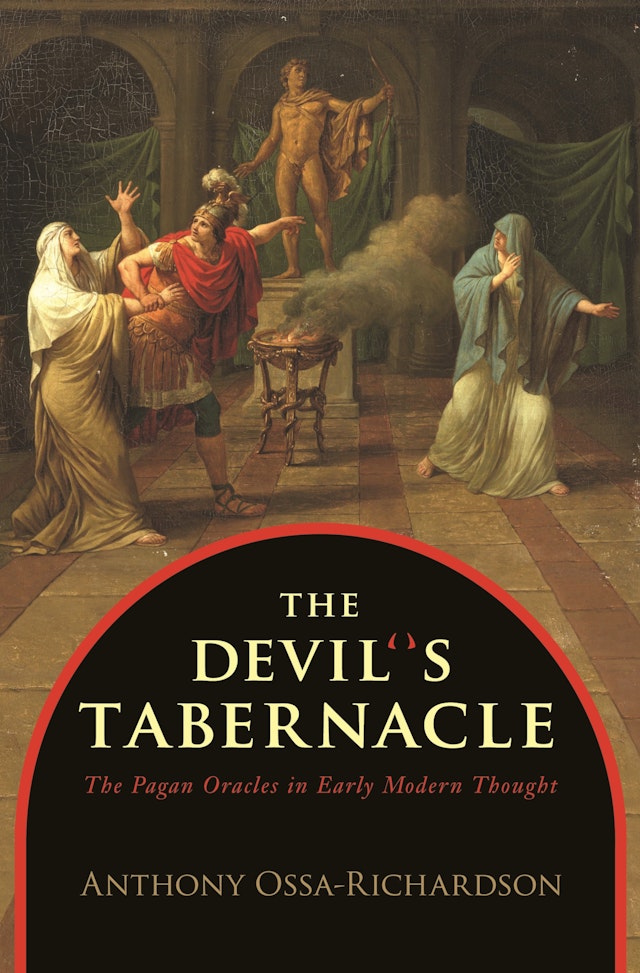 The Devil’s Tabernacle is the first book to examine in depth the intellectual and cultural impact of the oracles of pagan antiquity on modern European thought. Anthony Ossa-Richardson shows how the study of the oracles influenced, and was influenced by, some of the most significant developments in early modernity, such as the Christian humanist recovery of ancient religion, confessional polemics, Deist and libertine challenges to religion, antiquarianism and early archaeology, Romantic historiography, and spiritualism. Ossa-Richardson examines the different views of the oracles since the Renaissance — that they were the work of the devil, or natural causes, or the fraud of priests, or finally an organic element of ancient Greek society. The range of discussion on the subject, as he demonstrates, is considerably more complex than has been realized before: hundreds of scholars, theologians, and critics commented on the oracles, drawing on a huge variety of intellectual contexts to frame their beliefs.

In a central chapter, Ossa-Richardson interrogates the landmark dispute on the oracles between Bernard de Fontenelle and Jean-François Baltus, challenging Whiggish assumptions about the mechanics of debate on the cusp of the Enlightenment. With erudition and an eye for detail, he argues that, on both sides of the controversy, to speak of the ancient oracles in early modernity was to speak of one’s own historical identity as a Christian.

"What is refreshing in Ossa-Richardson's approach is that it is free of the smugness, born of hindsight and sense of historical superiority, that is exhibited by many historians when looking back on past scholarly controversies."—Clive Prince, Magonia Review of Books

"Ossa-Richardson has used the pagan oracles to rewrite an important part of early modern intellectual history. His erudition and judgment seem exemplary, and his book should be held up as a monument of modern learning and discretion."—H. C. Erik Midelfort, Renaissance Quarterly

"Ossa-Richardson's book should become a foundational work for exploring the changing shape of the relationship between erudition and cultural change, as well as for understanding the changing perceptions of the history of religion, and by consequence the development of a critique of contemporary religions."—Justin Champion, Reviews in History

"This is an erudite, complicated and ultimately rewarding book."—Michael Hunter, European History Quarterly

"Anthony Ossa-Richardson combines a sharp eye for detail with a sense of the wider significance of these details. The Devil's Tabernacle is written with clarity, grace, good judgment, and flashes of wit. It is a distinguished first book."—Peter Burke, emeritus professor of cultural history, University of Cambridge

"In this powerfully researched, cogently argued, and eloquently written book, Ossa-Richardson traces how humanist antiquarians, philosophers, theologians, and a host of others tried to understand and explain the ancient and patristic accounts of pagan oracles. He opens up rich and uncharted intellectual territories, offering a vast amount of unknown material and some sharp interventions into current historical debates. This is a terrific piece of work."—Anthony Grafton, Princeton University

"Ossa-Richardson deals with a highly interesting yet quite understudied chapter in the early modern reflection on religion in the ancient world. He shows a remarkable knowledge of the broader aspects of his topic, from the Greek oracles via medieval philosophy and theology to Renaissance and early modern thought. Ossa-Richardson writes in the vein of the best contemporary scholarship in intellectual history on early modern antiquarianism."—Guy G. Stroumsa, University of Oxford

Michael Koortbojian
The Rise of Coptic

Jean-Luc Fournet
In Search of the Phoenicians