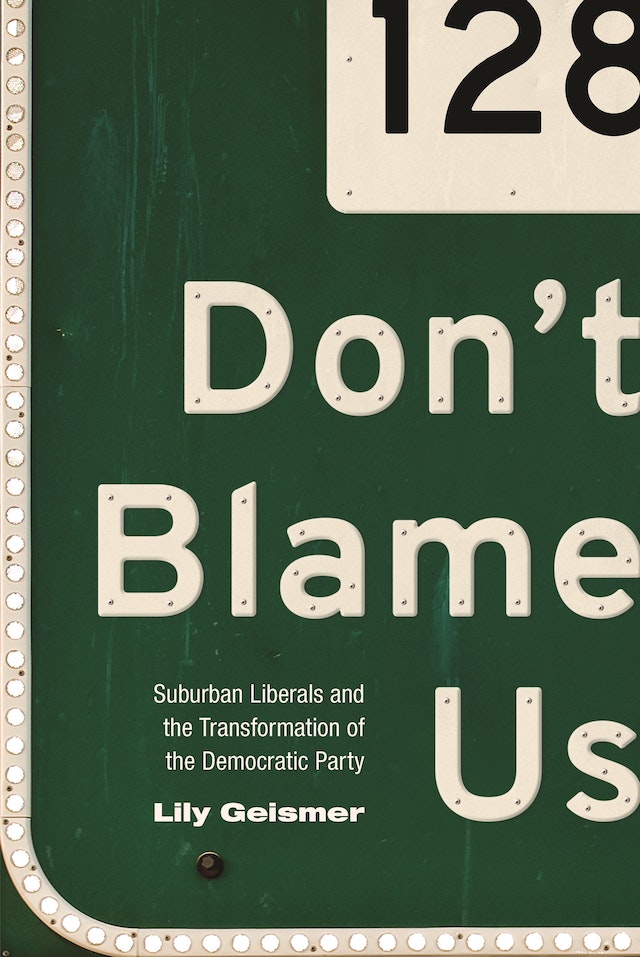 Don’t Blame Us traces the reorientation of modern liberalism and the Democratic Party away from their roots in labor union halls of northern cities to white-collar professionals in postindustrial high-tech suburbs, and casts new light on the importance of suburban liberalism in modern American political culture. Focusing on the suburbs along the high-tech corridor of Route 128 around Boston, Lily Geismer challenges conventional scholarly assessments of Massachusetts exceptionalism, the decline of liberalism, and suburban politics in the wake of the rise of the New Right and the Reagan Revolution in the 1970s and 1980s. Although only a small portion of the population, knowledge professionals in Massachusetts and elsewhere have come to wield tremendous political leverage and power. By probing the possibilities and limitations of these suburban liberals, this rich and nuanced account shows that—far from being an exception to national trends—the suburbs of Massachusetts offer a model for understanding national political realignment and suburban politics in the second half of the twentieth century.

"This book is a must-read for anyone seeking to understand the reinvention of American liberalism since the 1960s. Don't Blame Us reveals how affluent white suburban professionals moved a new set of material concerns—their own—to the center of public life. Surprising and provocative, this story deserves the widest possible discussion."—Nancy MacLean, author of Freedom Is Not Enough: The Opening of the American Workplace

"Don't Blame Us isolates a crucially important topic and confronts it from a wholly original, richly suggestive perspective. A valuable and original contribution to American political history, the book challenges the master narrative of the rise of the Right and the decline of the liberal coalition, and locates post-New Deal liberalism in particular spatial, institutional, and ideological venues."—Bruce Schulman, Boston University

"Geismer recovers an all but forgotten chapter of suburban liberalism in America. Don't Blame Us is an unusually ambitious and compelling book that combines a detailed history of local politics in a way that forces a reconceptualization of broader national narratives of political development."—Joseph Crespino, author of Strom Thurmond's America and In Search of Another Country: Mississippi and the Conservative Counterrevolution

"Don't Blame Us is a remarkable piece of scholarship that tells an engaging and multifaceted story about suburban political activism and sensibilities. Geismer's work is incredibly valuable for rethinking the trajectory of Democratic politics in the (long) Age of Reagan."—David M. P. Freund, author of Colored Property: State Policy and White Racial Politics in Suburban America