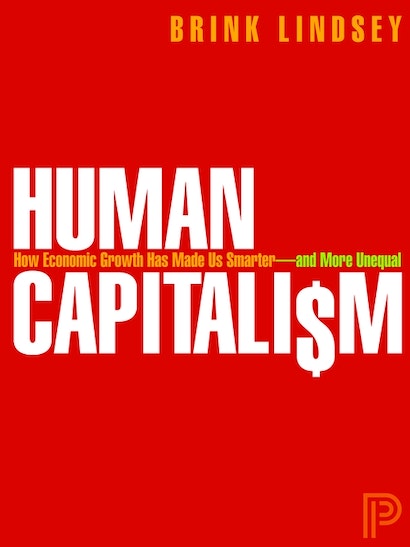 What explains the growing class divide between the well educated and everybody else? Noted author Brink Lindsey, a senior scholar at the Kauffman Foundation, argues that it’s because economic expansion is creating an increasingly complex world in which only a minority with the right knowledge and skills—the right “human capital”—reap the majority of the economic rewards. The complexity of today’s economy is not only making these lucky elites richer—it is also making them smarter. As the economy makes ever-greater demands on their minds, the successful are making ever-greater investments in education and other ways of increasing their human capital, expanding their cognitive skills and leading them to still higher levels of success. But unfortunately, even as the rich are securely riding this virtuous cycle, the poor are trapped in a vicious one, as a lack of human capital leads to family breakdown, unemployment, dysfunction, and further erosion of knowledge and skills. In this brief, clear, and forthright eBook original, Lindsey shows how economic growth is creating unprecedented levels of human capital—and suggests how the huge benefits of this development can be spread beyond those who are already enjoying its rewards.

Brink Lindsey is a senior fellow at the Cato Institute and a consultant for the Ewing Marion Kauffman Foundation. He is the author of The Age of Abundance: How Prosperity Transformed America's Politics and Culture (Collins) and Against the Dead Hand: The Uncertain Struggle for Global Capitalism (Wiley). 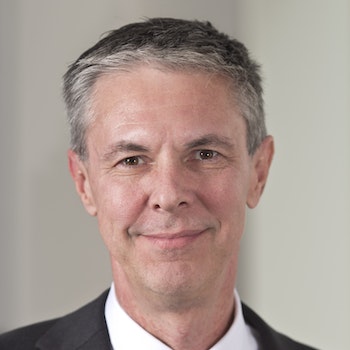 "Mr. Lindsey, formerly with the Cato Institute, is one of the most engaging libertarian writers. Here he seeks to address a much-talked about problem: While many Americans are becoming wealthier by joining the ranks of 'managers, professionals and entrepreneurs,' and the working class is not shrinking, those who remain in the dwindling middle find it harder to break into the so-called knowledge economy. . . . [I]t takes a special kind of talent to write about public policies like these in a way that doesn't put you to sleep, and he has that talent."—Barton Swaim, Wall Street Journal

"All of Brink's specific proposals are reasonable. . . . I really like the book."—Arnold Kling, Econlog

"Fascinating. . . . Lindsey suggests the problem of inequality is even more intractable than the pessimists had thought. He argues that the leitmotif of the post-industrial economy is growing complexity: there is more knowledge to acquire, more institutions to deal with and more choices to make. Success increasingly depends on your ability to master complexity, which in turn depends on your ability to master abstraction."—Adrian Wooldridge, Sunday Times

"It's short and cheap and very interesting, and I recommend it. . . . I find Mr. Lindsey's emphasis on complexity and networks very appealing."—Economist.com's Free Exchange blog

"Think about the mind-boggling number of e-mails, phone calls, and text messages that Americans send each other every day, and you'll realize that our lives have become more complex and interconnected than ever before. However, some social groups have fallen behind in the increasingly complex modern economy. In his short and highly readable book, Brink Lindsey tries to explain why this happened and what can be done about it."—Dalibor Rohac, City Journal

"Brink argues that there's plenty of potential for growth at the top of the economy, as reflected in the growing college wage premium. The problem is that even as the financial rewards to education continue to grow, the fraction of the population graduating from college has stagnated. . . . [I]nteresting."—Timothy B. Lee, Forbes.com

"Human Capitalism is a powerful and timely analysis of American inequality. While Lindsey acknowledges a serious problem, he also makes a convincing case that the government's approach to fixing it should be guided by essentially capitalist principles."—Yevgeniy Feyman, City Journal

"[Lindsey] argues the case that economic inequality is more deeply intertwined with human capital accumulation and the process of economic growth than you thought."—Jeremy Lacker, Bloomberg Businessweek

"A welcome addition to the literature on inequality."—Eran Binenbaum, Economic Record

"Human Capitalism is a compelling and important account of how and why people are being left behind in an increasingly complex economy. This is a 'big think' book that is both deeper and broader than the usual polemical arguments about inequality. Regardless of which side of the political divide you sit on, Lindsey will likely stimulate and infuriate you in equal measure."—Tyler Cowen, author of The Great Stagnation

"Rising income inequality is an issue society can no longer afford to ignore. This book deepens our understanding of the forces behind the problem and is bound to stimulate useful discussion of it."—Robert H. Frank, author of The Darwin Economy

"Providing an evenhanded approach to the heated issues surrounding human capital, this is a very strong and unusually well-written book that is also remarkable for squeezing so much into so few pages and making a wide range of scholarship accessible to general readers."—Steven Teles, Johns Hopkins University

"America's economic future isn't really about the top tax rate or entitlement spending. Rather, it is about our skills, our character, and our ability to form relationships that can help us navigate a more complex and chaotic world. That is the central insight of Brink Lindsey's Human Capitalism, which in a few short pages upends conventional understandings of how culture and economics intertwine—and what we should do about it."—Reihan Salam, co-author of Grand New Party